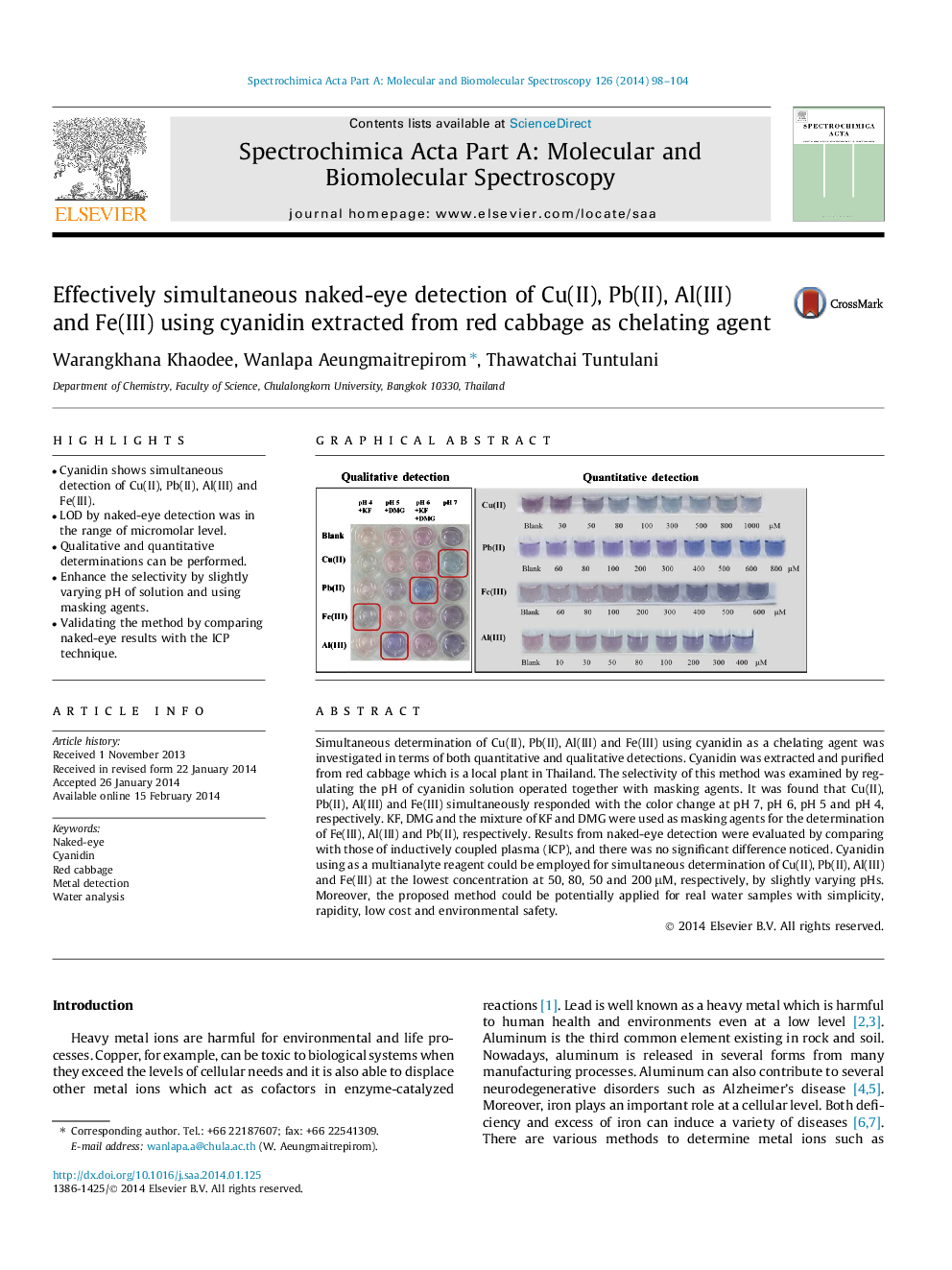 • Cyanidin shows simultaneous detection of Cu(II), Pb(II), Al(III) and Fe(III).
• LOD by naked-eye detection was in the range of micromolar level.
• Qualitative and quantitative determinations can be performed.
• Enhance the selectivity by slightly varying pH of solution and using masking agents.
• Validating the method by comparing naked-eye results with the ICP technique.

Simultaneous determination of Cu(II), Pb(II), Al(III) and Fe(III) using cyanidin as a chelating agent was investigated in terms of both quantitative and qualitative detections. Cyanidin was extracted and purified from red cabbage which is a local plant in Thailand. The selectivity of this method was examined by regulating the pH of cyanidin solution operated together with masking agents. It was found that Cu(II), Pb(II), Al(III) and Fe(III) simultaneously responded with the color change at pH 7, pH 6, pH 5 and pH 4, respectively. KF, DMG and the mixture of KF and DMG were used as masking agents for the determination of Fe(III), Al(III) and Pb(II), respectively. Results from naked-eye detection were evaluated by comparing with those of inductively coupled plasma (ICP), and there was no significant difference noticed. Cyanidin using as a multianalyte reagent could be employed for simultaneous determination of Cu(II), Pb(II), Al(III) and Fe(III) at the lowest concentration at 50, 80, 50 and 200 μM, respectively, by slightly varying pHs. Moreover, the proposed method could be potentially applied for real water samples with simplicity, rapidity, low cost and environmental safety.