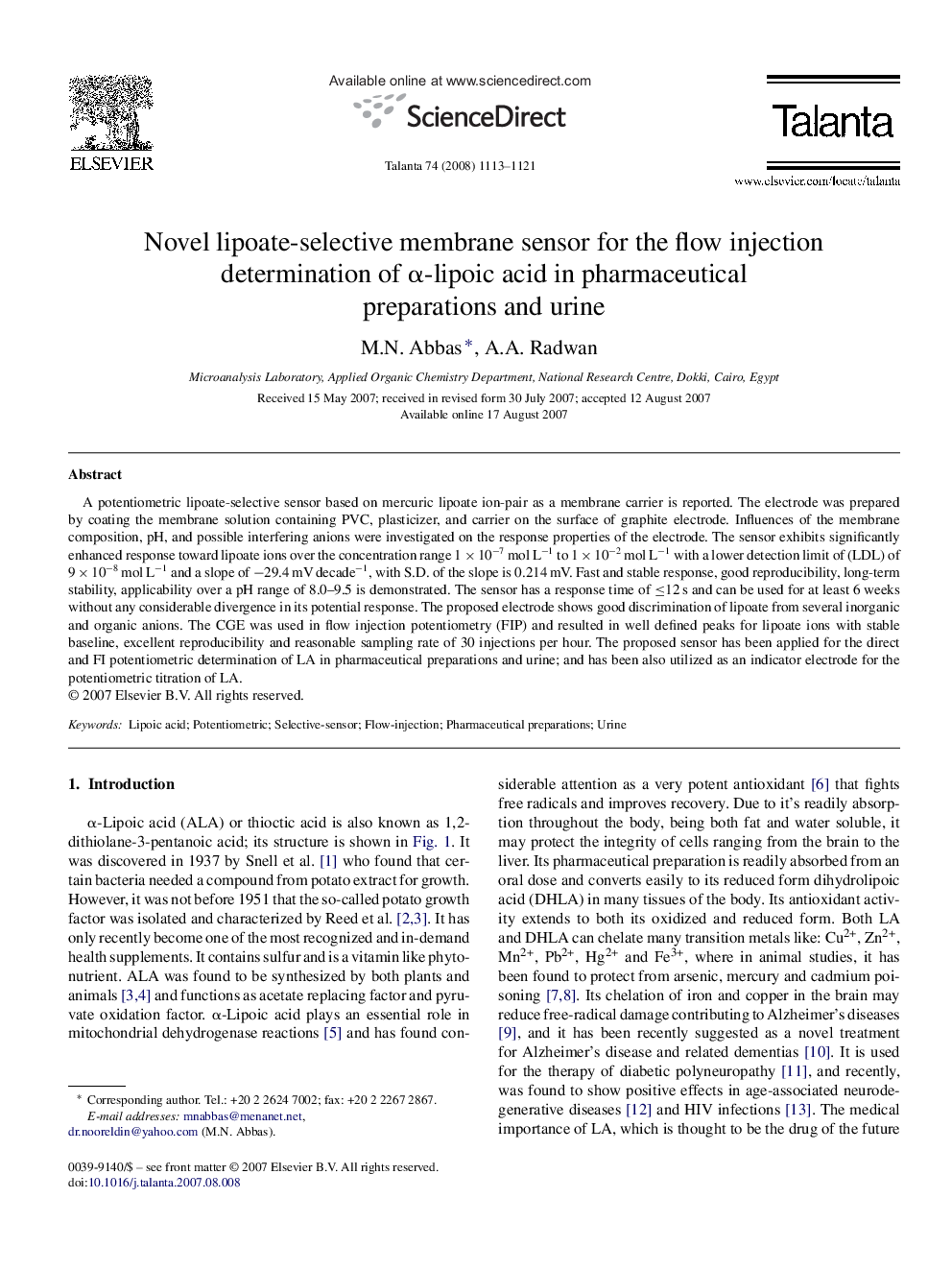 A potentiometric lipoate-selective sensor based on mercuric lipoate ion-pair as a membrane carrier is reported. The electrode was prepared by coating the membrane solution containing PVC, plasticizer, and carrier on the surface of graphite electrode. Influences of the membrane composition, pH, and possible interfering anions were investigated on the response properties of the electrode. The sensor exhibits significantly enhanced response toward lipoate ions over the concentration range 1 × 10−7 mol L−1 to 1 × 10−2 mol L−1 with a lower detection limit of (LDL) of 9 × 10−8 mol L−1 and a slope of −29.4 mV decade−1, with S.D. of the slope is 0.214 mV. Fast and stable response, good reproducibility, long-term stability, applicability over a pH range of 8.0–9.5 is demonstrated. The sensor has a response time of ≤12 s and can be used for at least 6 weeks without any considerable divergence in its potential response. The proposed electrode shows good discrimination of lipoate from several inorganic and organic anions. The CGE was used in flow injection potentiometry (FIP) and resulted in well defined peaks for lipoate ions with stable baseline, excellent reproducibility and reasonable sampling rate of 30 injections per hour. The proposed sensor has been applied for the direct and FI potentiometric determination of LA in pharmaceutical preparations and urine; and has been also utilized as an indicator electrode for the potentiometric titration of LA.