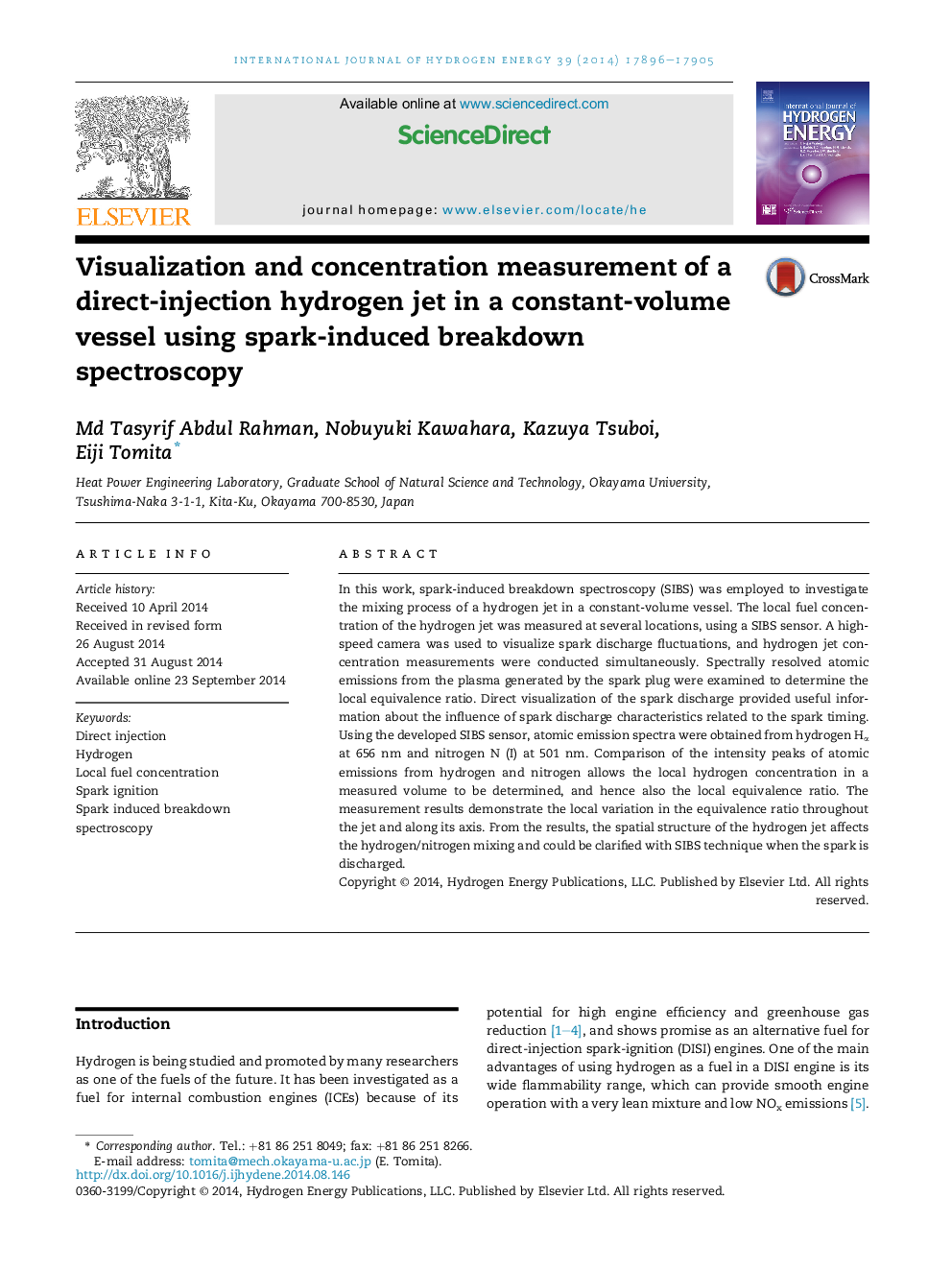 • Most of the accumulated spectrum collected during arc discharge.
• Atomic spark light emissions were observed from Hα at 656 nm and N (I) at 501 nm.
• Spatial structure of hydrogen jet in the spark plug gap affects the hydrogen/nitrogen mixing.
• There is local variation in the equivalence ratio throughout the jet and along its axis.

In this work, spark-induced breakdown spectroscopy (SIBS) was employed to investigate the mixing process of a hydrogen jet in a constant-volume vessel. The local fuel concentration of the hydrogen jet was measured at several locations, using a SIBS sensor. A high-speed camera was used to visualize spark discharge fluctuations, and hydrogen jet concentration measurements were conducted simultaneously. Spectrally resolved atomic emissions from the plasma generated by the spark plug were examined to determine the local equivalence ratio. Direct visualization of the spark discharge provided useful information about the influence of spark discharge characteristics related to the spark timing. Using the developed SIBS sensor, atomic emission spectra were obtained from hydrogen Hα at 656 nm and nitrogen N (I) at 501 nm. Comparison of the intensity peaks of atomic emissions from hydrogen and nitrogen allows the local hydrogen concentration in a measured volume to be determined, and hence also the local equivalence ratio. The measurement results demonstrate the local variation in the equivalence ratio throughout the jet and along its axis. From the results, the spatial structure of the hydrogen jet affects the hydrogen/nitrogen mixing and could be clarified with SIBS technique when the spark is discharged.