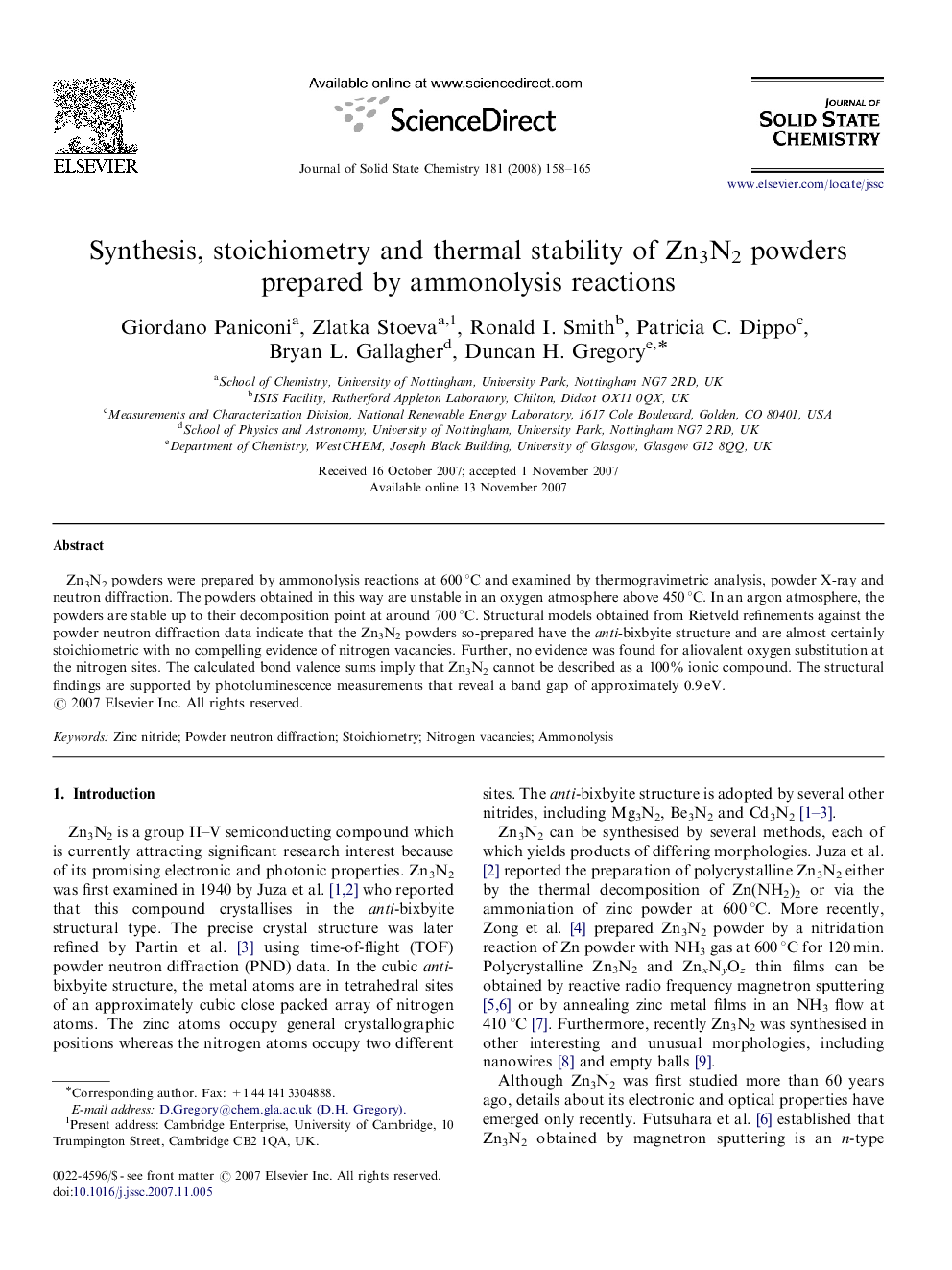 Zn3N2 powders were prepared by ammonolysis reactions at 600 °C and examined by thermogravimetric analysis, powder X-ray and neutron diffraction. The powders obtained in this way are unstable in an oxygen atmosphere above 450 °C. In an argon atmosphere, the powders are stable up to their decomposition point at around 700 °C. Structural models obtained from Rietveld refinements against the powder neutron diffraction data indicate that the Zn3N2 powders so-prepared have the anti-bixbyite structure and are almost certainly stoichiometric with no compelling evidence of nitrogen vacancies. Further, no evidence was found for aliovalent oxygen substitution at the nitrogen sites. The calculated bond valence sums imply that Zn3N2 cannot be described as a 100% ionic compound. The structural findings are supported by photoluminescence measurements that reveal a band gap of approximately 0.9 eV.

Zn3N2 powders prepared by careful ammonolysis reactions form with the anti-bixbyite structure and are almost certainly stoichiometric with no evidence for aliovalent oxygen substitution at the nitrogen sites. Zn3N2 cannot be described as a 100% ionic compound and PL measurements reveal a narrow band gap of approximately 0.9 eV.Figure optionsDownload as PowerPoint slide