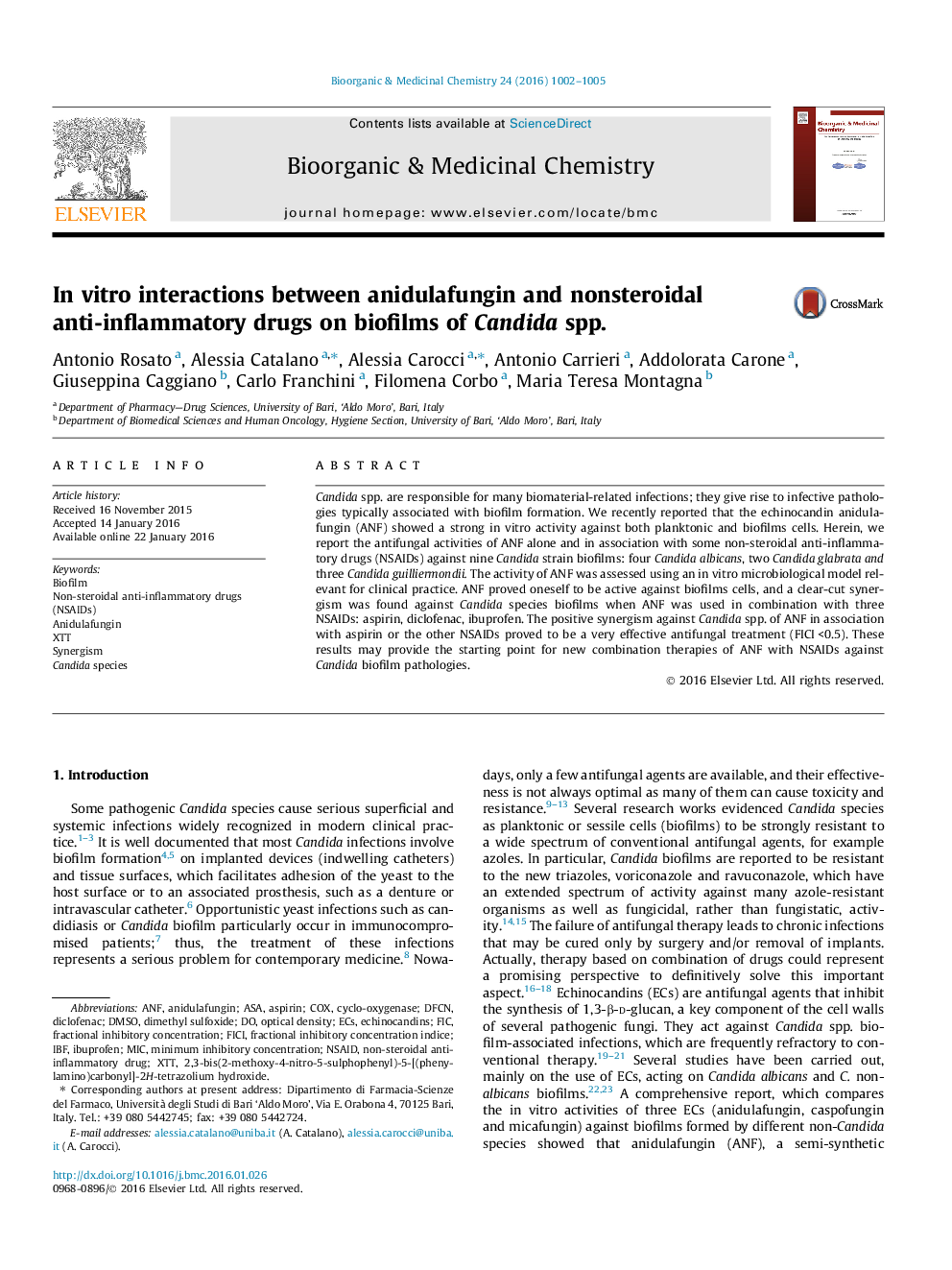 Candida spp. are responsible for many biomaterial-related infections; they give rise to infective pathologies typically associated with biofilm formation. We recently reported that the echinocandin anidulafungin (ANF) showed a strong in vitro activity against both planktonic and biofilms cells. Herein, we report the antifungal activities of ANF alone and in association with some non-steroidal anti-inflammatory drugs (NSAIDs) against nine Candida strain biofilms: four Candida albicans, two Candida glabrata and three Candida guilliermondii. The activity of ANF was assessed using an in vitro microbiological model relevant for clinical practice. ANF proved oneself to be active against biofilms cells, and a clear-cut synergism was found against Candida species biofilms when ANF was used in combination with three NSAIDs: aspirin, diclofenac, ibuprofen. The positive synergism against Candida spp. of ANF in association with aspirin or the other NSAIDs proved to be a very effective antifungal treatment (FICI <0.5). These results may provide the starting point for new combination therapies of ANF with NSAIDs against Candida biofilm pathologies.

The synergism of anidulafungin in association with NSAIDs against Candida strain biofilms was investigated.Figure optionsDownload as PowerPoint slide