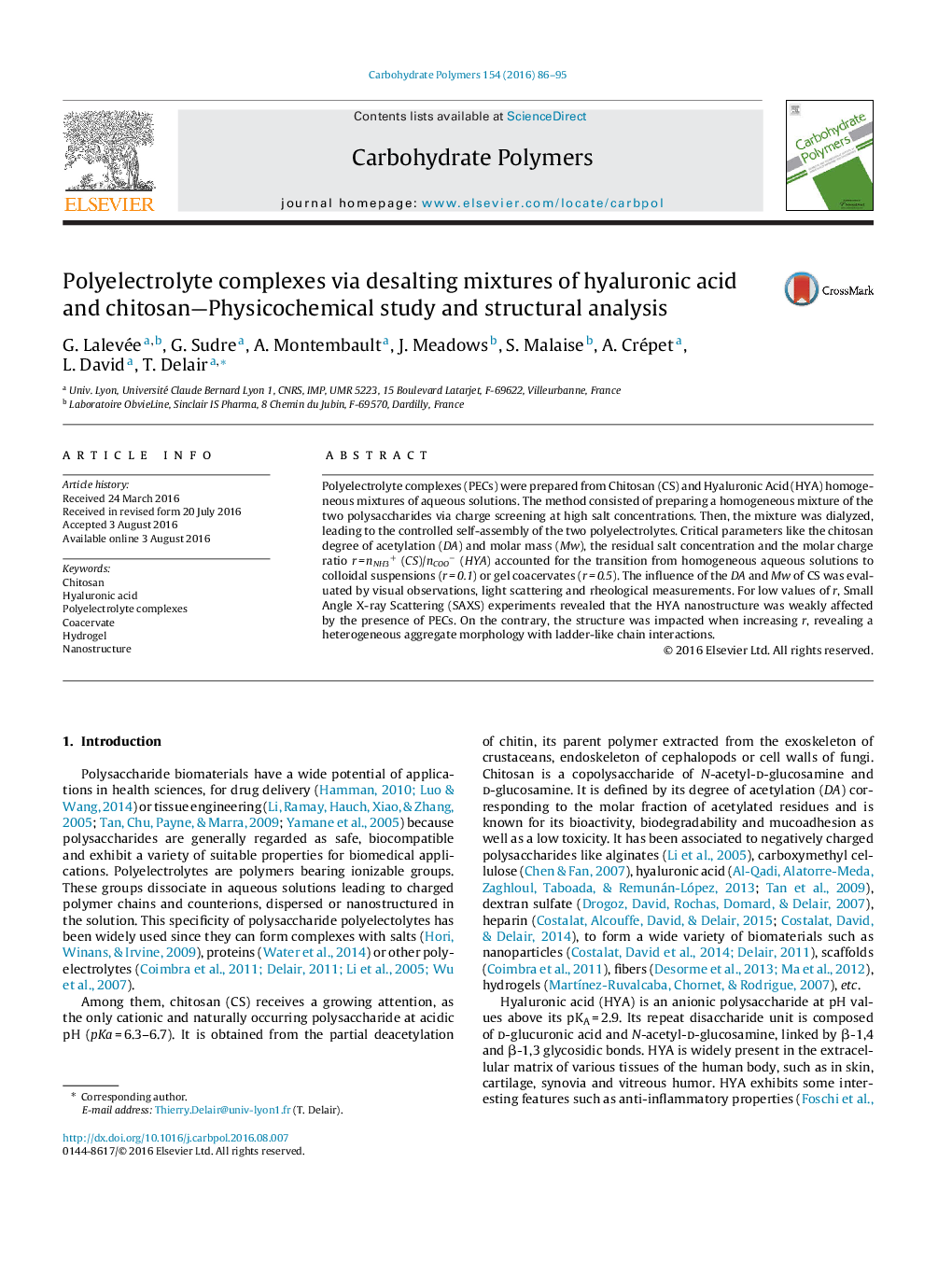 • The controlled assembly of chitosan and hyaluronic acid was achieved.
• Physicochemical parameters of chitosan and the influence on the PECs were investigated.
• Different physical forms as colloidal suspensions and coacervates were obtained.
• The nanostructure of the different hyaluronic/chitosan complexes was investigated.

Polyelectrolyte complexes (PECs) were prepared from Chitosan (CS) and Hyaluronic Acid (HYA) homogeneous mixtures of aqueous solutions. The method consisted of preparing a homogeneous mixture of the two polysaccharides via charge screening at high salt concentrations. Then, the mixture was dialyzed, leading to the controlled self-assembly of the two polyelectrolytes. Critical parameters like the chitosan degree of acetylation (DA) and molar mass (Mw), the residual salt concentration and the molar charge ratio r = nNH3+ (CS)/nCOO− (HYA) accounted for the transition from homogeneous aqueous solutions to colloidal suspensions (r = 0.1) or gel coacervates (r = 0.5). The influence of the DA and Mw of CS was evaluated by visual observations, light scattering and rheological measurements. For low values of r, Small Angle X-ray Scattering (SAXS) experiments revealed that the HYA nanostructure was weakly affected by the presence of PECs. On the contrary, the structure was impacted when increasing r, revealing a heterogeneous aggregate morphology with ladder-like chain interactions.