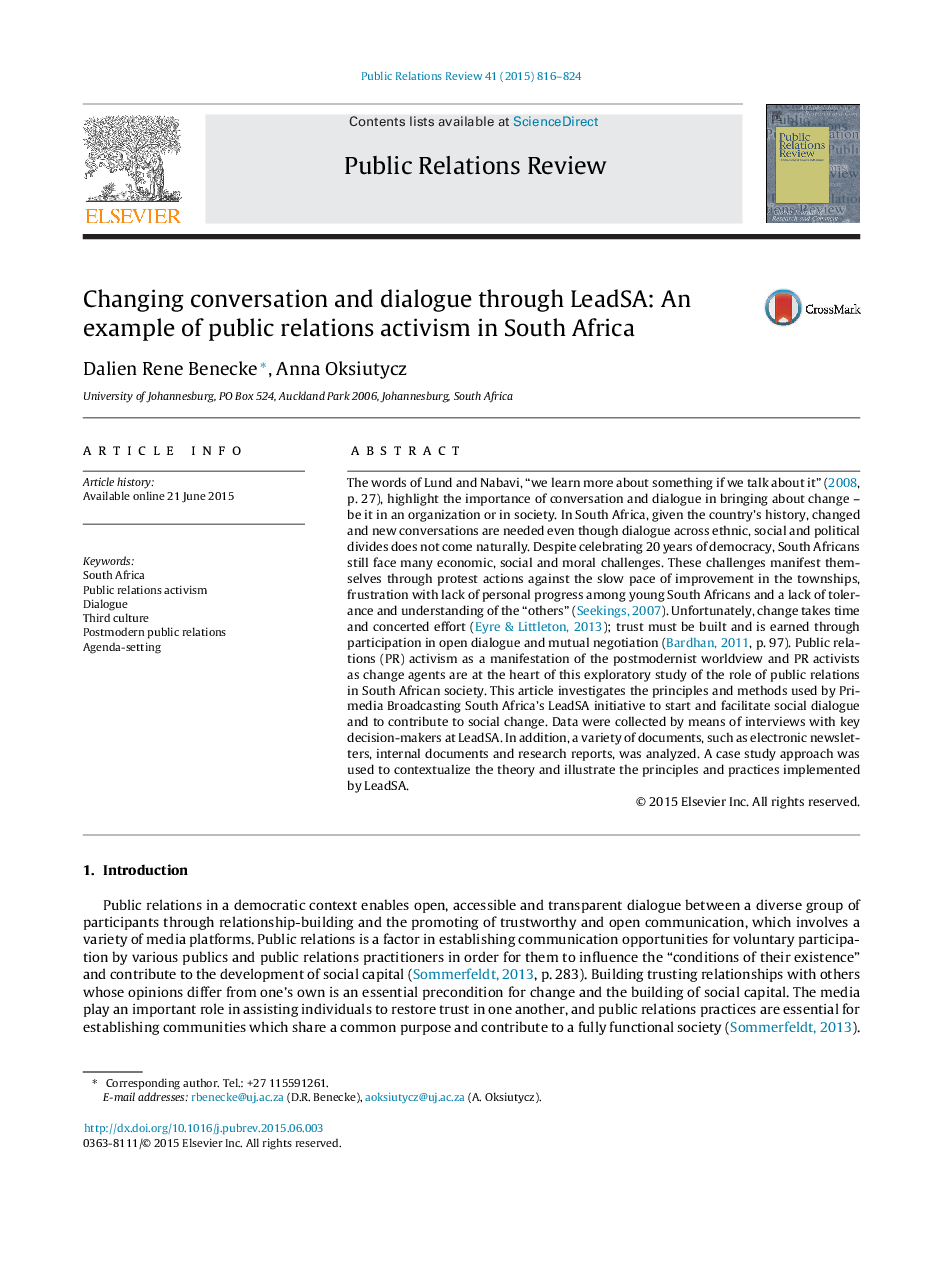 • Public relations activism investigates and creates opportunities for dialogue.
• Media organizations can initiate social change through their PR activities.
• Media organizations can be both agenda setters and agenda builders.
• PR and media both influence the agenda to facilitate social dialogue.
• New values are legitimized to create a third culture for a transforming society.

The words of Lund and Nabavi, “we learn more about something if we talk about it” (2008, p. 27), highlight the importance of conversation and dialogue in bringing about change – be it in an organization or in society. In South Africa, given the country's history, changed and new conversations are needed even though dialogue across ethnic, social and political divides does not come naturally. Despite celebrating 20 years of democracy, South Africans still face many economic, social and moral challenges. These challenges manifest themselves through protest actions against the slow pace of improvement in the townships, frustration with lack of personal progress among young South Africans and a lack of tolerance and understanding of the “others” (Seekings, 2007). Unfortunately, change takes time and concerted effort (Eyre & Littleton, 2013); trust must be built and is earned through participation in open dialogue and mutual negotiation (Bardhan, 2011, p. 97). Public relations (PR) activism as a manifestation of the postmodernist worldview and PR activists as change agents are at the heart of this exploratory study of the role of public relations in South African society. This article investigates the principles and methods used by Primedia Broadcasting South Africa's LeadSA initiative to start and facilitate social dialogue and to contribute to social change. Data were collected by means of interviews with key decision-makers at LeadSA. In addition, a variety of documents, such as electronic newsletters, internal documents and research reports, was analyzed. A case study approach was used to contextualize the theory and illustrate the principles and practices implemented by LeadSA.