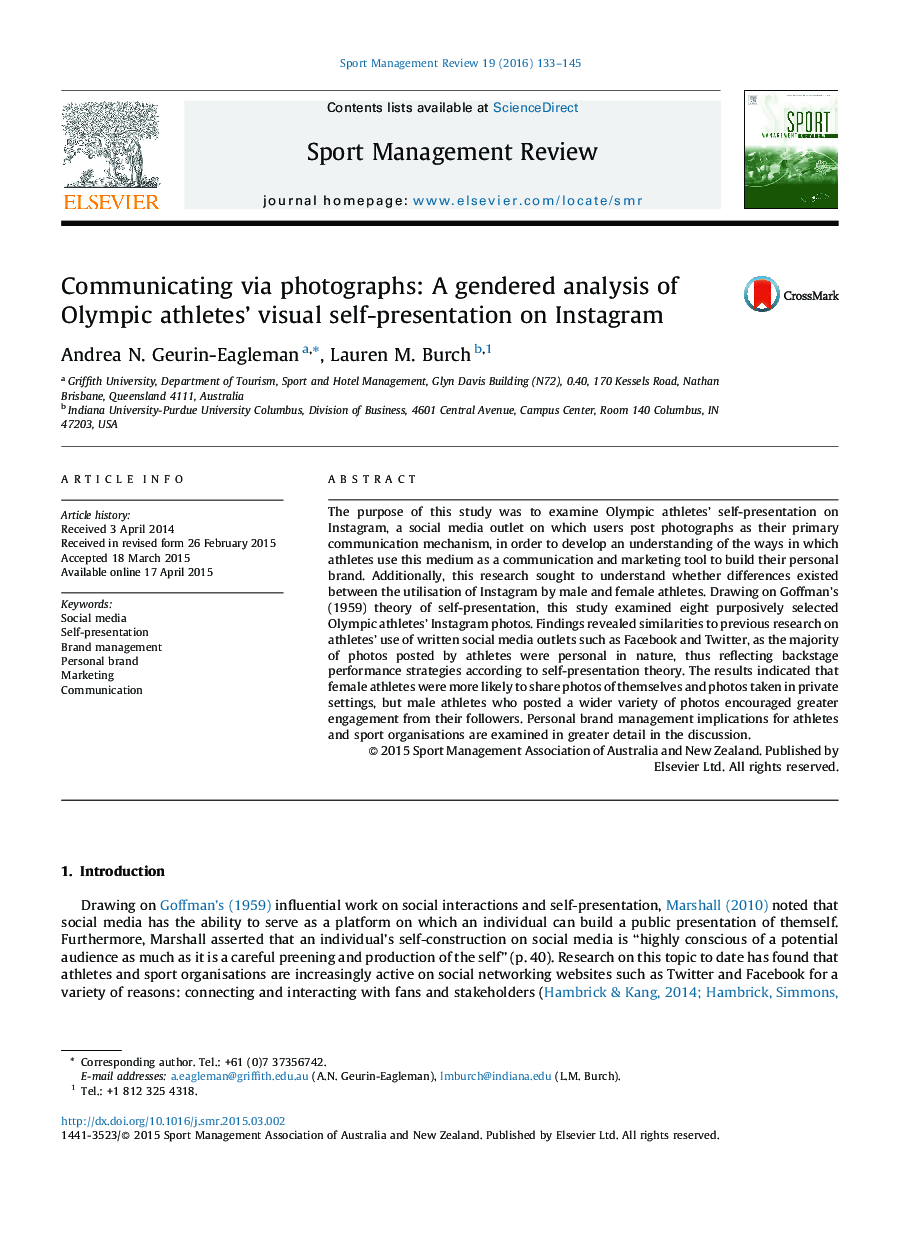 • Female athletes were more likely than males to post photographs of themselves.
• Athletes who posted the widest variety of photo types received more fan engagement.
• Sexually suggestive photos garnered significantly greater likes and comments.
• Athletes appear to be missing an opportunity for greater engagement via sport photos.
• Athletes should ensure they post photos aligned with their desired personal brand.

The purpose of this study was to examine Olympic athletes’ self-presentation on Instagram, a social media outlet on which users post photographs as their primary communication mechanism, in order to develop an understanding of the ways in which athletes use this medium as a communication and marketing tool to build their personal brand. Additionally, this research sought to understand whether differences existed between the utilisation of Instagram by male and female athletes. Drawing on Goffman's (1959) theory of self-presentation, this study examined eight purposively selected Olympic athletes’ Instagram photos. Findings revealed similarities to previous research on athletes’ use of written social media outlets such as Facebook and Twitter, as the majority of photos posted by athletes were personal in nature, thus reflecting backstage performance strategies according to self-presentation theory. The results indicated that female athletes were more likely to share photos of themselves and photos taken in private settings, but male athletes who posted a wider variety of photos encouraged greater engagement from their followers. Personal brand management implications for athletes and sport organisations are examined in greater detail in the discussion.