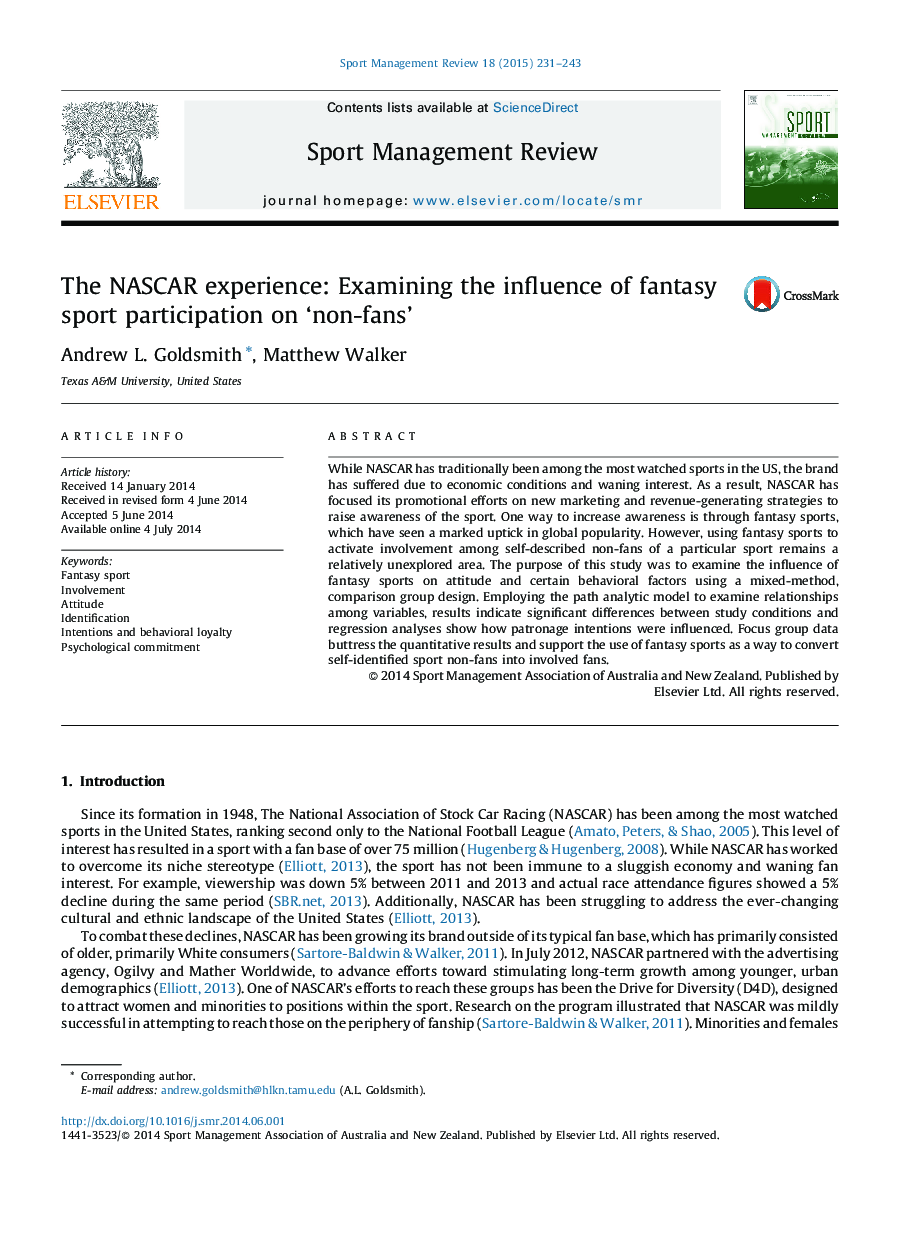 While NASCAR has traditionally been among the most watched sports in the US, the brand has suffered due to economic conditions and waning interest. As a result, NASCAR has focused its promotional efforts on new marketing and revenue-generating strategies to raise awareness of the sport. One way to increase awareness is through fantasy sports, which have seen a marked uptick in global popularity. However, using fantasy sports to activate involvement among self-described non-fans of a particular sport remains a relatively unexplored area. The purpose of this study was to examine the influence of fantasy sports on attitude and certain behavioral factors using a mixed-method, comparison group design. Employing the path analytic model to examine relationships among variables, results indicate significant differences between study conditions and regression analyses show how patronage intentions were influenced. Focus group data buttress the quantitative results and support the use of fantasy sports as a way to convert self-identified sport non-fans into involved fans.