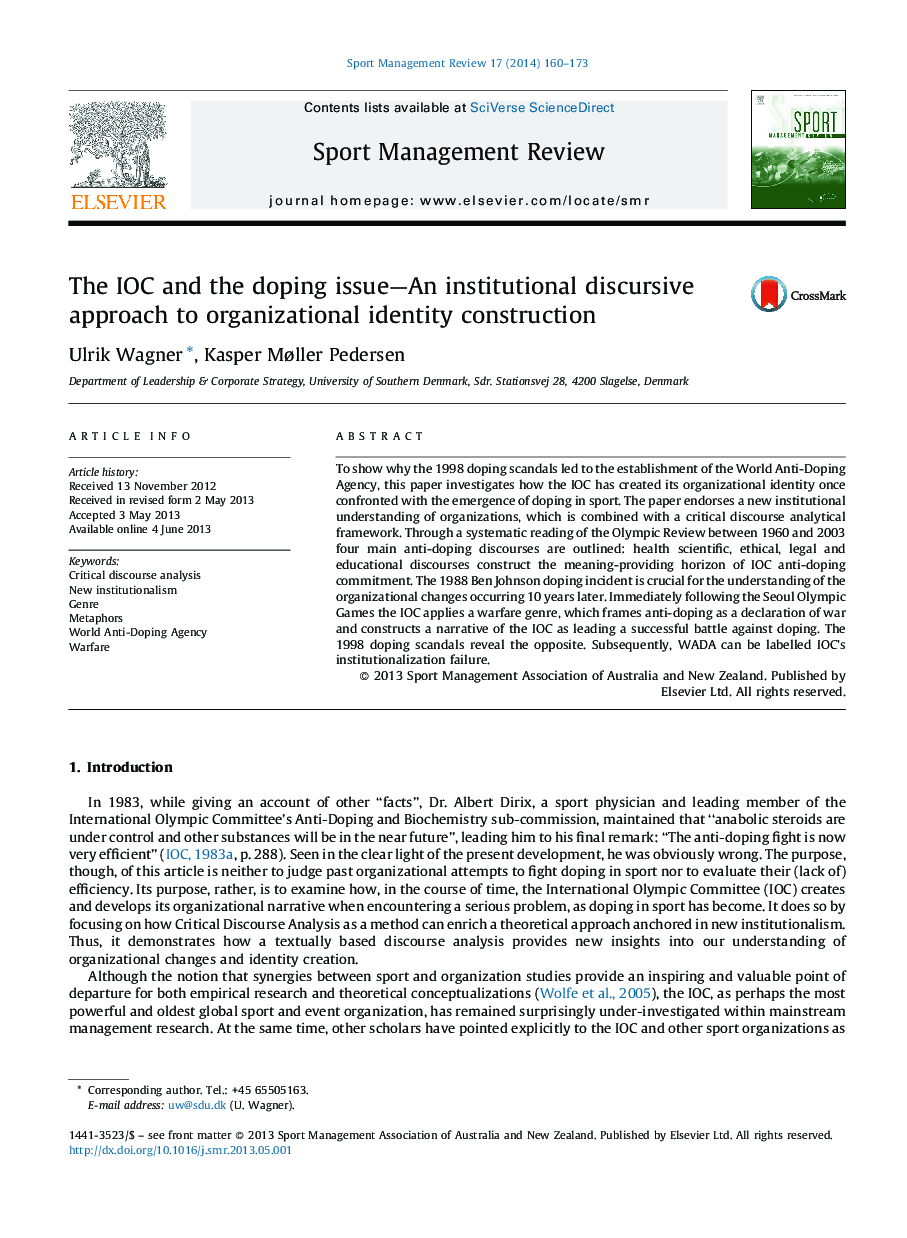 • We examine the construction of organizational identity of the IOC when confronted with doping in sport.
• We embed our study in a new institutional and discourse analytical set-up.
• After the 1988 Seoul doping scandal the IOC employs a warfare genre.
• The 1998 doping scandal reveals the failure of the IOC war against drugs in sport.
• The World Anti-Doping Agency is an outcome of the IOC institutionalization failure.

To show why the 1998 doping scandals led to the establishment of the World Anti-Doping Agency, this paper investigates how the IOC has created its organizational identity once confronted with the emergence of doping in sport. The paper endorses a new institutional understanding of organizations, which is combined with a critical discourse analytical framework. Through a systematic reading of the Olympic Review between 1960 and 2003 four main anti-doping discourses are outlined: health scientific, ethical, legal and educational discourses construct the meaning-providing horizon of IOC anti-doping commitment. The 1988 Ben Johnson doping incident is crucial for the understanding of the organizational changes occurring 10 years later. Immediately following the Seoul Olympic Games the IOC applies a warfare genre, which frames anti-doping as a declaration of war and constructs a narrative of the IOC as leading a successful battle against doping. The 1998 doping scandals reveal the opposite. Subsequently, WADA can be labelled IOC's institutionalization failure.