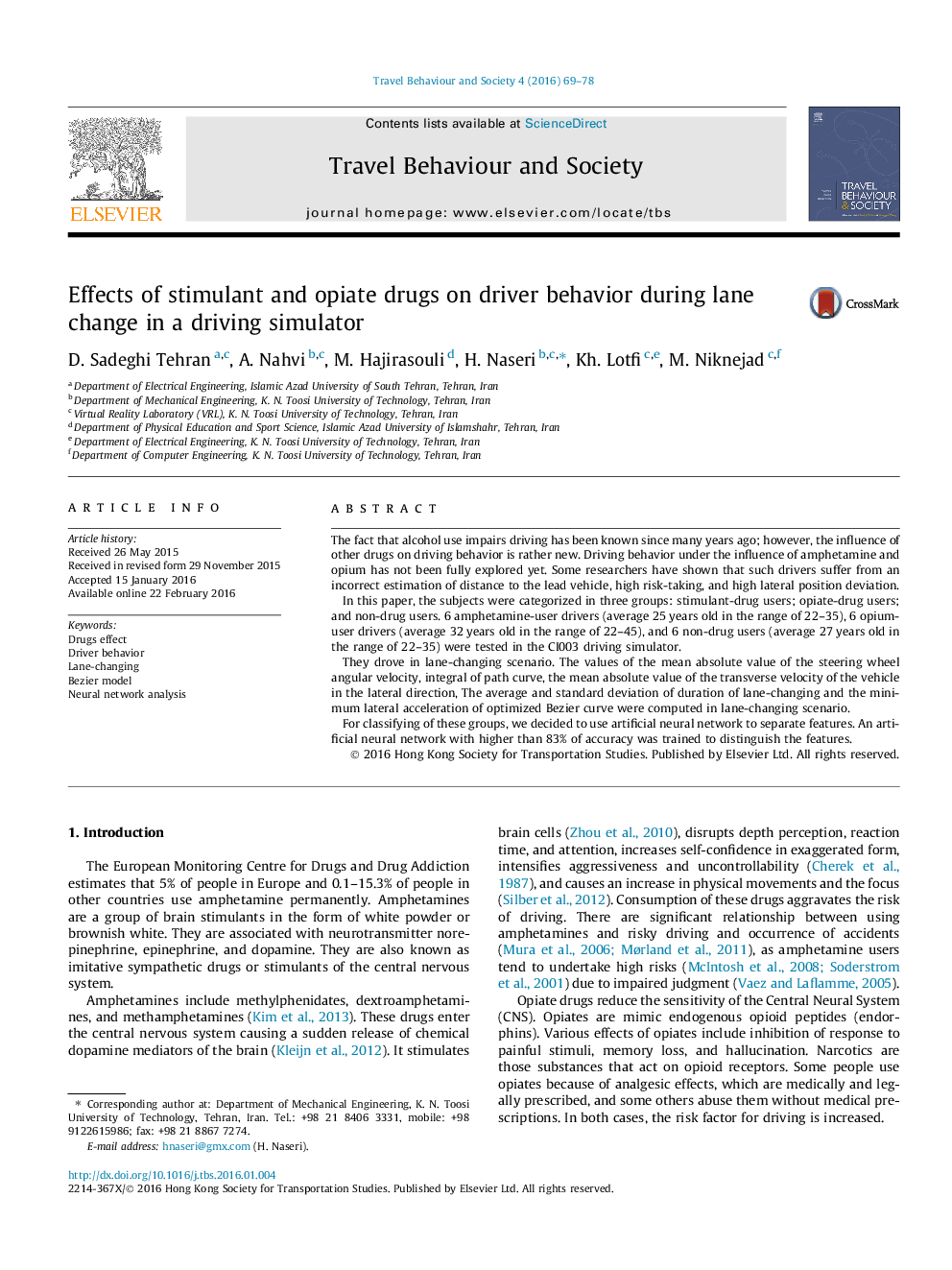 The fact that alcohol use impairs driving has been known since many years ago; however, the influence of other drugs on driving behavior is rather new. Driving behavior under the influence of amphetamine and opium has not been fully explored yet. Some researchers have shown that such drivers suffer from an incorrect estimation of distance to the lead vehicle, high risk-taking, and high lateral position deviation.In this paper, the subjects were categorized in three groups: stimulant-drug users; opiate-drug users; and non-drug users. 6 amphetamine-user drivers (average 25 years old in the range of 22–35), 6 opium-user drivers (average 32 years old in the range of 22–45), and 6 non-drug users (average 27 years old in the range of 22–35) were tested in the CI003 driving simulator.They drove in lane-changing scenario. The values of the mean absolute value of the steering wheel angular velocity, integral of path curve, the mean absolute value of the transverse velocity of the vehicle in the lateral direction, The average and standard deviation of duration of lane-changing and the minimum lateral acceleration of optimized Bezier curve were computed in lane-changing scenario.For classifying of these groups, we decided to use artificial neural network to separate features. An artificial neural network with higher than 83% of accuracy was trained to distinguish the features.