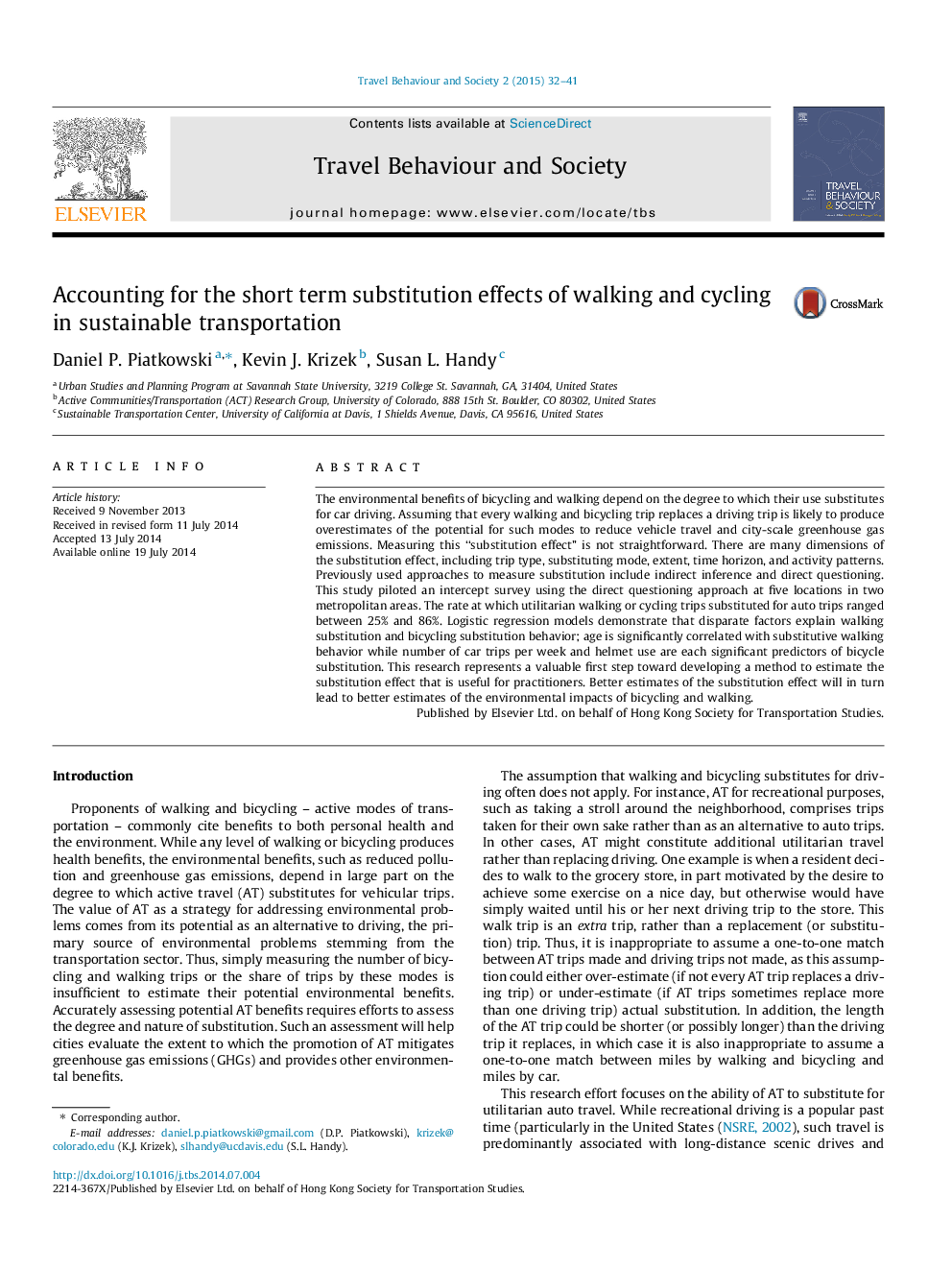 The environmental benefits of bicycling and walking depend on the degree to which their use substitutes for car driving. Assuming that every walking and bicycling trip replaces a driving trip is likely to produce overestimates of the potential for such modes to reduce vehicle travel and city-scale greenhouse gas emissions. Measuring this “substitution effect” is not straightforward. There are many dimensions of the substitution effect, including trip type, substituting mode, extent, time horizon, and activity patterns. Previously used approaches to measure substitution include indirect inference and direct questioning. This study piloted an intercept survey using the direct questioning approach at five locations in two metropolitan areas. The rate at which utilitarian walking or cycling trips substituted for auto trips ranged between 25% and 86%. Logistic regression models demonstrate that disparate factors explain walking substitution and bicycling substitution behavior; age is significantly correlated with substitutive walking behavior while number of car trips per week and helmet use are each significant predictors of bicycle substitution. This research represents a valuable first step toward developing a method to estimate the substitution effect that is useful for practitioners. Better estimates of the substitution effect will in turn lead to better estimates of the environmental impacts of bicycling and walking.