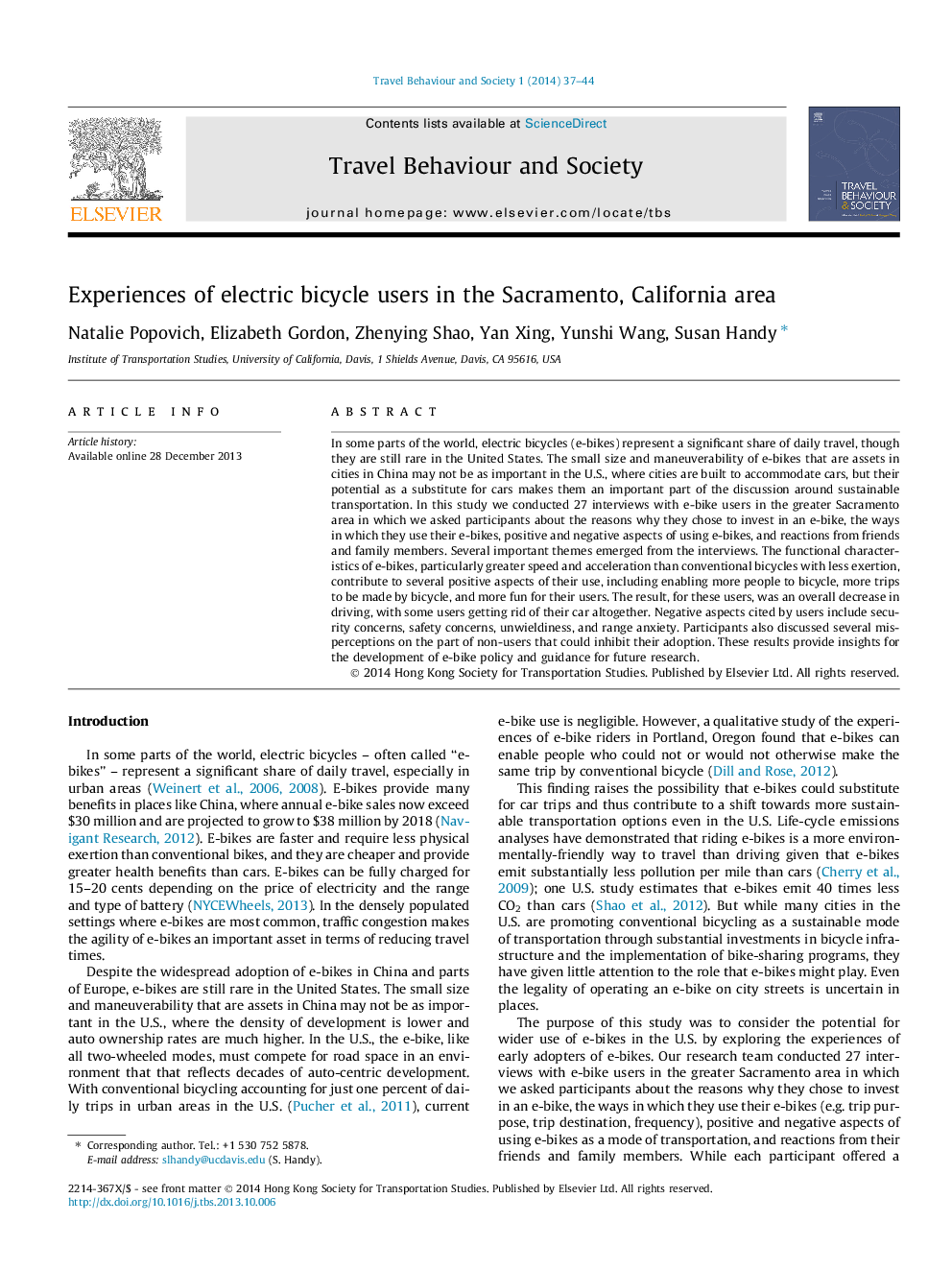 In some parts of the world, electric bicycles (e-bikes) represent a significant share of daily travel, though they are still rare in the United States. The small size and maneuverability of e-bikes that are assets in cities in China may not be as important in the U.S., where cities are built to accommodate cars, but their potential as a substitute for cars makes them an important part of the discussion around sustainable transportation. In this study we conducted 27 interviews with e-bike users in the greater Sacramento area in which we asked participants about the reasons why they chose to invest in an e-bike, the ways in which they use their e-bikes, positive and negative aspects of using e-bikes, and reactions from friends and family members. Several important themes emerged from the interviews. The functional characteristics of e-bikes, particularly greater speed and acceleration than conventional bicycles with less exertion, contribute to several positive aspects of their use, including enabling more people to bicycle, more trips to be made by bicycle, and more fun for their users. The result, for these users, was an overall decrease in driving, with some users getting rid of their car altogether. Negative aspects cited by users include security concerns, safety concerns, unwieldiness, and range anxiety. Participants also discussed several misperceptions on the part of non-users that could inhibit their adoption. These results provide insights for the development of e-bike policy and guidance for future research.