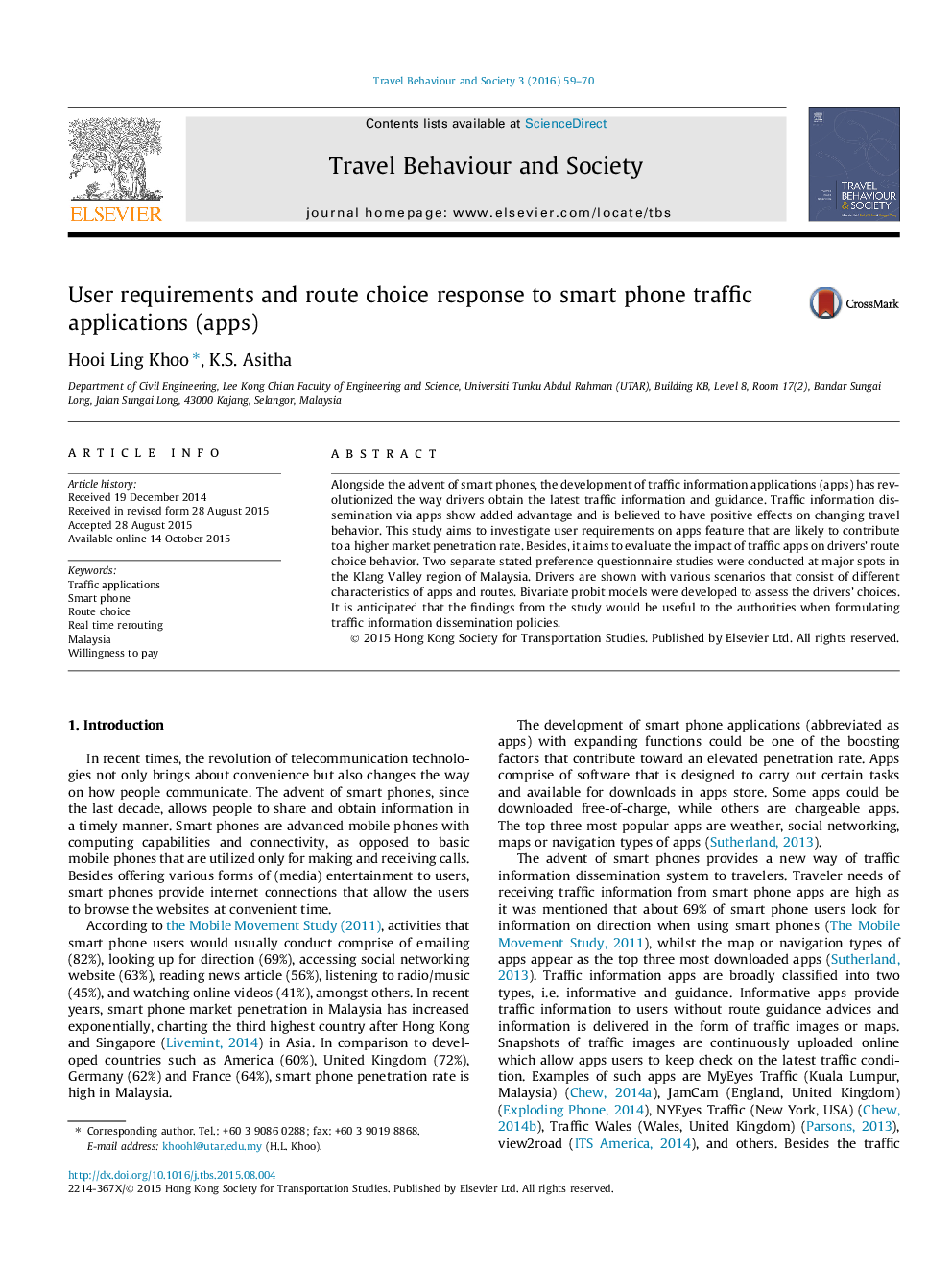 Alongside the advent of smart phones, the development of traffic information applications (apps) has revolutionized the way drivers obtain the latest traffic information and guidance. Traffic information dissemination via apps show added advantage and is believed to have positive effects on changing travel behavior. This study aims to investigate user requirements on apps feature that are likely to contribute to a higher market penetration rate. Besides, it aims to evaluate the impact of traffic apps on drivers’ route choice behavior. Two separate stated preference questionnaire studies were conducted at major spots in the Klang Valley region of Malaysia. Drivers are shown with various scenarios that consist of different characteristics of apps and routes. Bivariate probit models were developed to assess the drivers’ choices. It is anticipated that the findings from the study would be useful to the authorities when formulating traffic information dissemination policies.