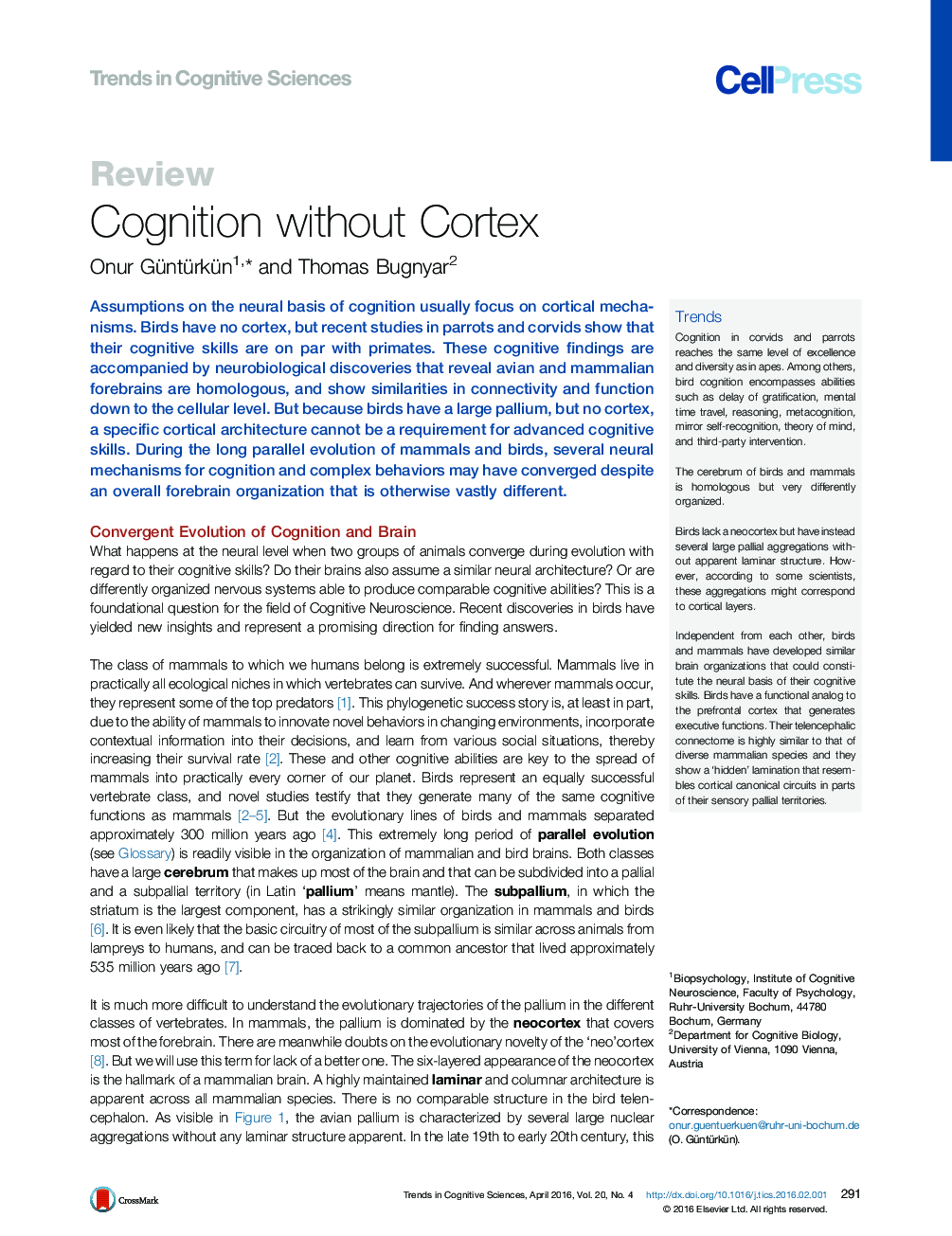 Assumptions on the neural basis of cognition usually focus on cortical mechanisms. Birds have no cortex, but recent studies in parrots and corvids show that their cognitive skills are on par with primates. These cognitive findings are accompanied by neurobiological discoveries that reveal avian and mammalian forebrains are homologous, and show similarities in connectivity and function down to the cellular level. But because birds have a large pallium, but no cortex, a specific cortical architecture cannot be a requirement for advanced cognitive skills. During the long parallel evolution of mammals and birds, several neural mechanisms for cognition and complex behaviors may have converged despite an overall forebrain organization that is otherwise vastly different.

TrendsCognition in corvids and parrots reaches the same level of excellence and diversity as in apes. Among others, bird cognition encompasses abilities such as delay of gratification, mental time travel, reasoning, metacognition, mirror self-recognition, theory of mind, and third-party intervention.The cerebrum of birds and mammals is homologous but very differently organized.Birds lack a neocortex but have instead several large pallial aggregations without apparent laminar structure. However, according to some scientists, these aggregations might correspond to cortical layers.Independent from each other, birds and mammals have developed similar brain organizations that could constitute the neural basis of their cognitive skills. Birds have a functional analog to the prefrontal cortex that generates executive functions. Their telencephalic connectome is highly similar to that of diverse mammalian species and they show a ‘hidden’ lamination that resembles cortical canonical circuits in parts of their sensory pallial territories.