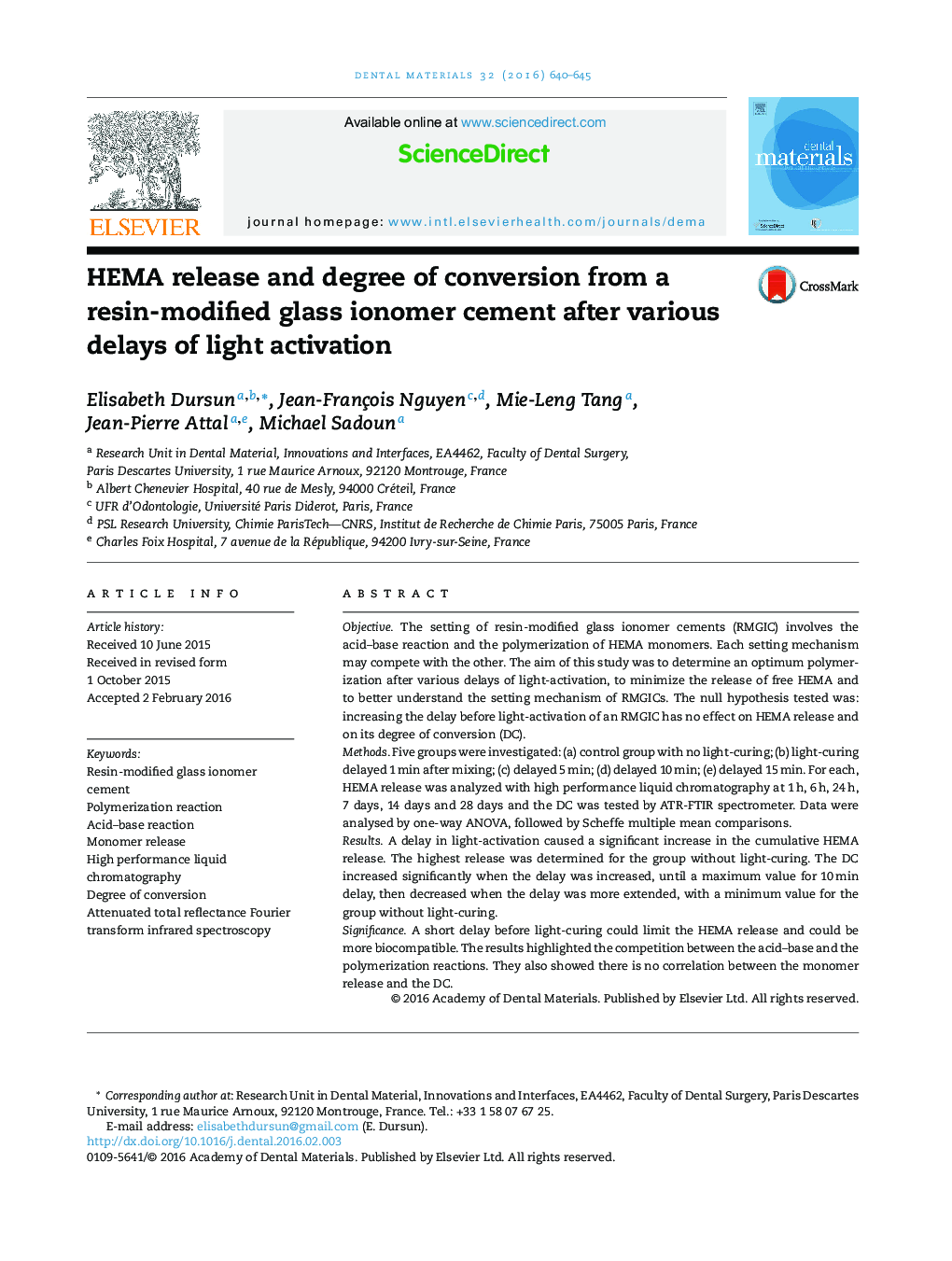 ObjectiveThe setting of resin-modified glass ionomer cements (RMGIC) involves the acid–base reaction and the polymerization of HEMA monomers. Each setting mechanism may compete with the other. The aim of this study was to determine an optimum polymerization after various delays of light-activation, to minimize the release of free HEMA and to better understand the setting mechanism of RMGICs. The null hypothesis tested was: increasing the delay before light-activation of an RMGIC has no effect on HEMA release and on its degree of conversion (DC).MethodsFive groups were investigated: (a) control group with no light-curing; (b) light-curing delayed 1 min after mixing; (c) delayed 5 min; (d) delayed 10 min; (e) delayed 15 min. For each, HEMA release was analyzed with high performance liquid chromatography at 1 h, 6 h, 24 h, 7 days, 14 days and 28 days and the DC was tested by ATR-FTIR spectrometer. Data were analysed by one-way ANOVA, followed by Scheffe multiple mean comparisons.ResultsA delay in light-activation caused a significant increase in the cumulative HEMA release. The highest release was determined for the group without light-curing. The DC increased significantly when the delay was increased, until a maximum value for 10 min delay, then decreased when the delay was more extended, with a minimum value for the group without light-curing.SignificanceA short delay before light-curing could limit the HEMA release and could be more biocompatible. The results highlighted the competition between the acid–base and the polymerization reactions. They also showed there is no correlation between the monomer release and the DC.