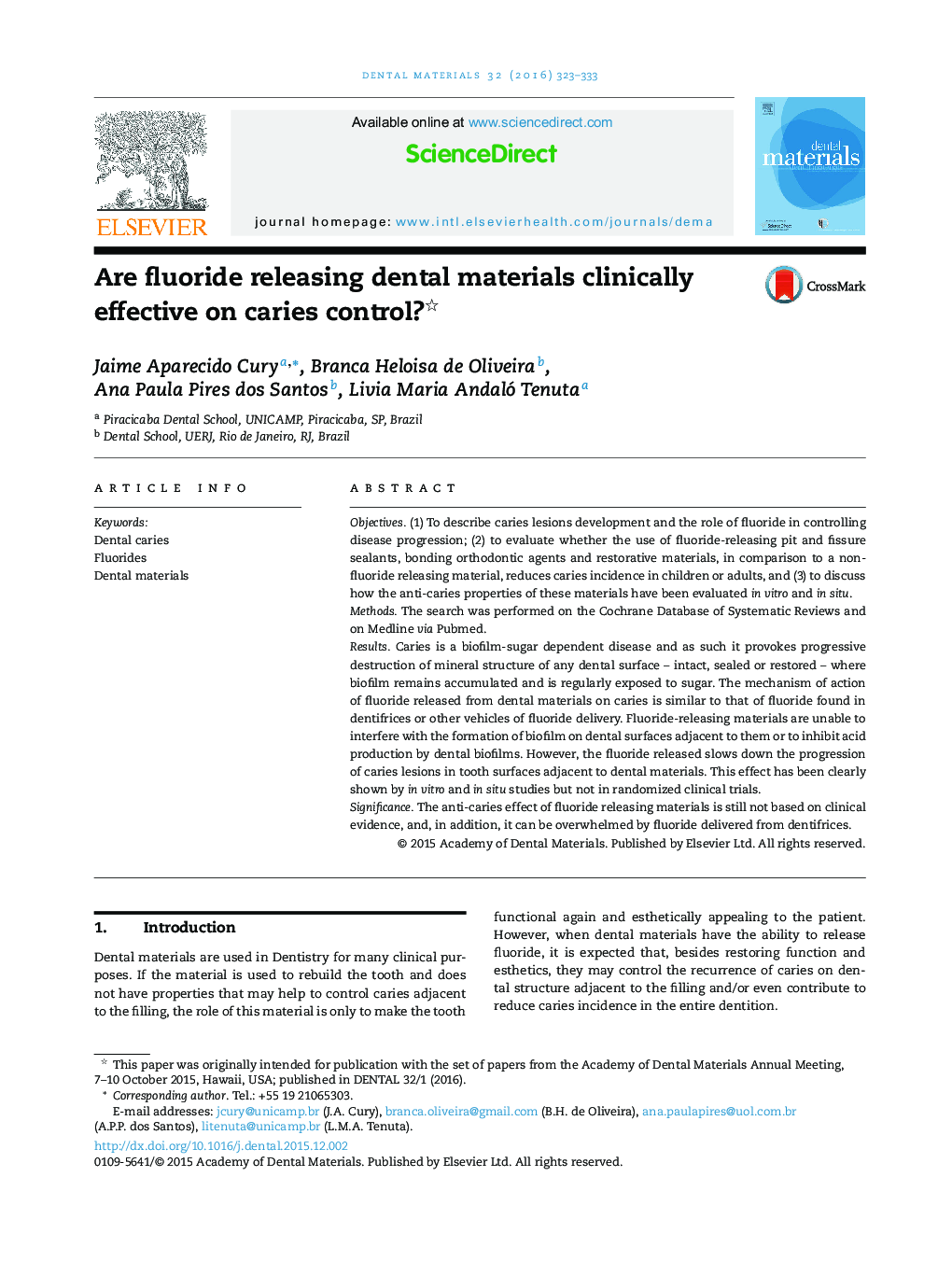 Objectives(1) To describe caries lesions development and the role of fluoride in controlling disease progression; (2) to evaluate whether the use of fluoride-releasing pit and fissure sealants, bonding orthodontic agents and restorative materials, in comparison to a non-fluoride releasing material, reduces caries incidence in children or adults, and (3) to discuss how the anti-caries properties of these materials have been evaluated in vitro and in situ.MethodsThe search was performed on the Cochrane Database of Systematic Reviews and on Medline via Pubmed.ResultsCaries is a biofilm-sugar dependent disease and as such it provokes progressive destruction of mineral structure of any dental surface – intact, sealed or restored – where biofilm remains accumulated and is regularly exposed to sugar. The mechanism of action of fluoride released from dental materials on caries is similar to that of fluoride found in dentifrices or other vehicles of fluoride delivery. Fluoride-releasing materials are unable to interfere with the formation of biofilm on dental surfaces adjacent to them or to inhibit acid production by dental biofilms. However, the fluoride released slows down the progression of caries lesions in tooth surfaces adjacent to dental materials. This effect has been clearly shown by in vitro and in situ studies but not in randomized clinical trials.SignificanceThe anti-caries effect of fluoride releasing materials is still not based on clinical evidence, and, in addition, it can be overwhelmed by fluoride delivered from dentifrices.