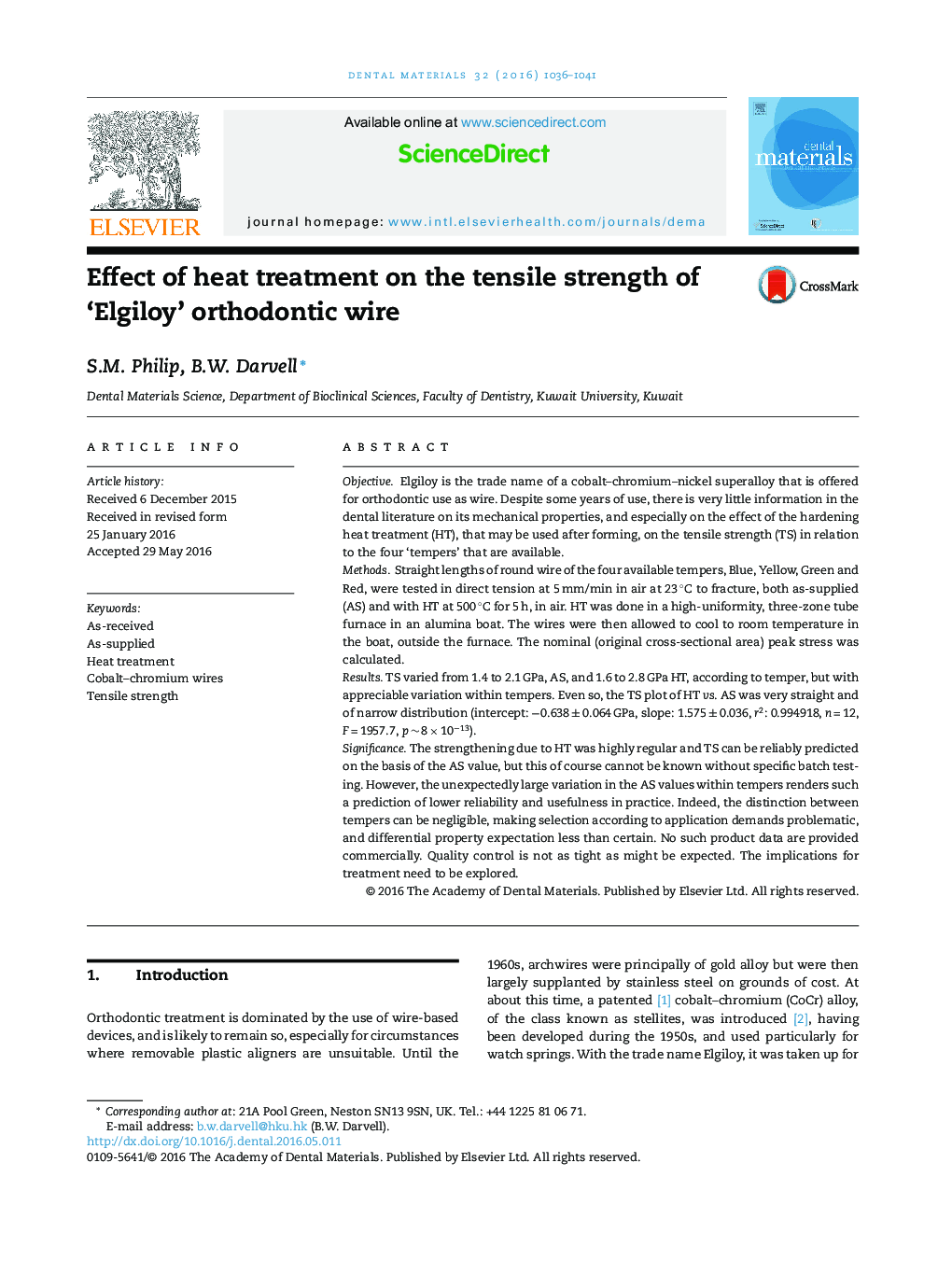 ObjectiveElgiloy is the trade name of a cobalt–chromium–nickel superalloy that is offered for orthodontic use as wire. Despite some years of use, there is very little information in the dental literature on its mechanical properties, and especially on the effect of the hardening heat treatment (HT), that may be used after forming, on the tensile strength (TS) in relation to the four ‘tempers’ that are available.MethodsStraight lengths of round wire of the four available tempers, Blue, Yellow, Green and Red, were tested in direct tension at 5 mm/min in air at 23 °C to fracture, both as-supplied (AS) and with HT at 500 °C for 5 h, in air. HT was done in a high-uniformity, three-zone tube furnace in an alumina boat. The wires were then allowed to cool to room temperature in the boat, outside the furnace. The nominal (original cross-sectional area) peak stress was calculated.ResultsTS varied from 1.4 to 2.1 GPa, AS, and 1.6 to 2.8 GPa HT, according to temper, but with appreciable variation within tempers. Even so, the TS plot of HT vs. AS was very straight and of narrow distribution (intercept: −0.638 ± 0.064 GPa, slope: 1.575 ± 0.036, r2: 0.994918, n = 12, F = 1957.7, p ∼ 8 × 10−13).SignificanceThe strengthening due to HT was highly regular and TS can be reliably predicted on the basis of the AS value, but this of course cannot be known without specific batch testing. However, the unexpectedly large variation in the AS values within tempers renders such a prediction of lower reliability and usefulness in practice. Indeed, the distinction between tempers can be negligible, making selection according to application demands problematic, and differential property expectation less than certain. No such product data are provided commercially. Quality control is not as tight as might be expected. The implications for treatment need to be explored.