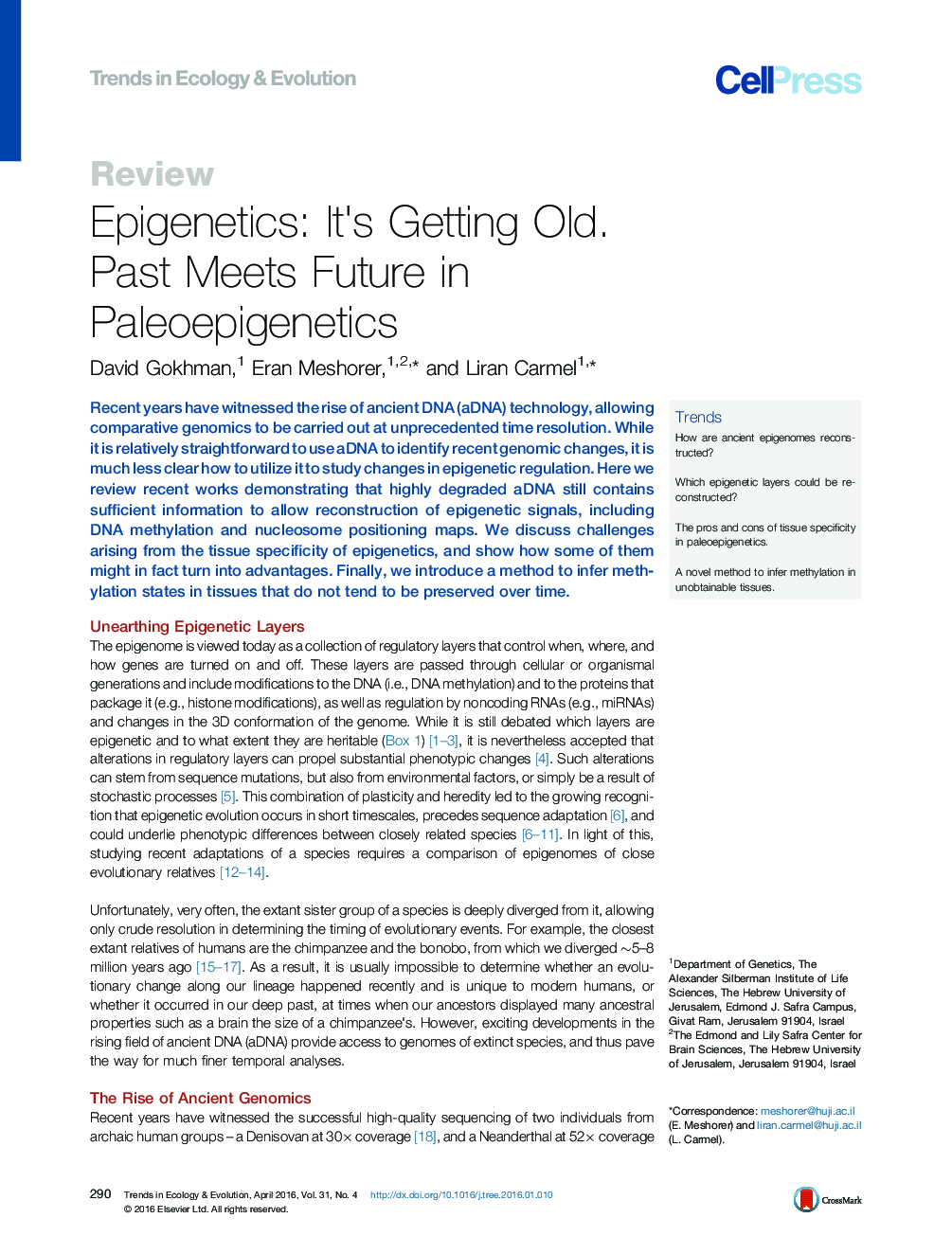 Recent years have witnessed the rise of ancient DNA (aDNA) technology, allowing comparative genomics to be carried out at unprecedented time resolution. While it is relatively straightforward to use aDNA to identify recent genomic changes, it is much less clear how to utilize it to study changes in epigenetic regulation. Here we review recent works demonstrating that highly degraded aDNA still contains sufficient information to allow reconstruction of epigenetic signals, including DNA methylation and nucleosome positioning maps. We discuss challenges arising from the tissue specificity of epigenetics, and show how some of them might in fact turn into advantages. Finally, we introduce a method to infer methylation states in tissues that do not tend to be preserved over time.

TrendsHow are ancient epigenomes reconstructed?Which epigenetic layers could be reconstructed?The pros and cons of tissue specificity in paleoepigenetics.A novel method to infer methylation in unobtainable tissues.