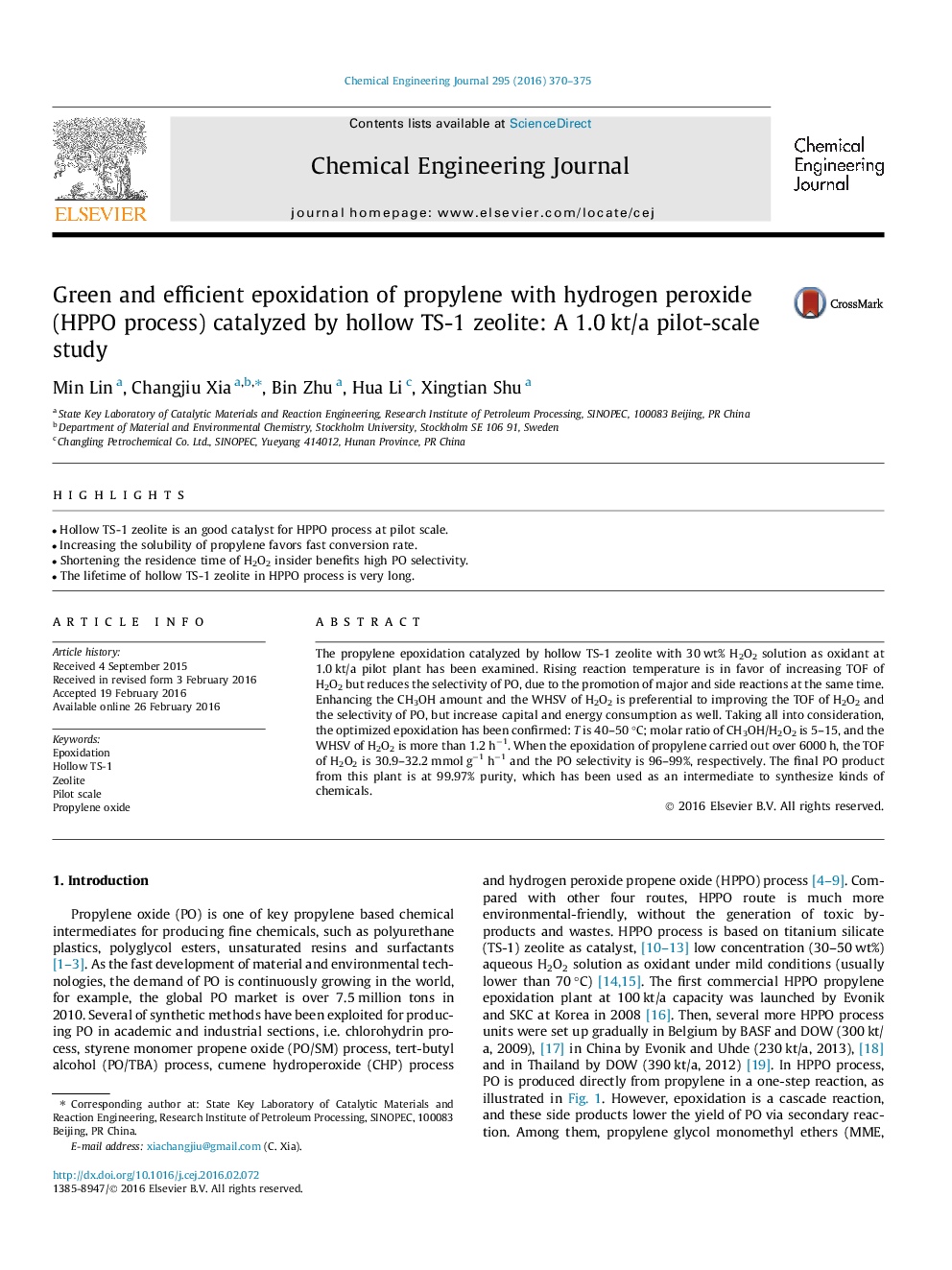 The propylene epoxidation catalyzed by hollow TS-1 zeolite with 30 wt% H2O2 solution as oxidant at 1.0 kt/a pilot plant has been examined. Rising reaction temperature is in favor of increasing TOF of H2O2 but reduces the selectivity of PO, due to the promotion of major and side reactions at the same time. Enhancing the CH3OH amount and the WHSV of H2O2 is preferential to improving the TOF of H2O2 and the selectivity of PO, but increase capital and energy consumption as well. Taking all into consideration, the optimized epoxidation has been confirmed: T is 40–50 °C; molar ratio of CH3OH/H2O2 is 5–15, and the WHSV of H2O2 is more than 1.2 h−1. When the epoxidation of propylene carried out over 6000 h, the TOF of H2O2 is 30.9–32.2 mmol g−1 h−1 and the PO selectivity is 96–99%, respectively. The final PO product from this plant is at 99.97% purity, which has been used as an intermediate to synthesize kinds of chemicals.