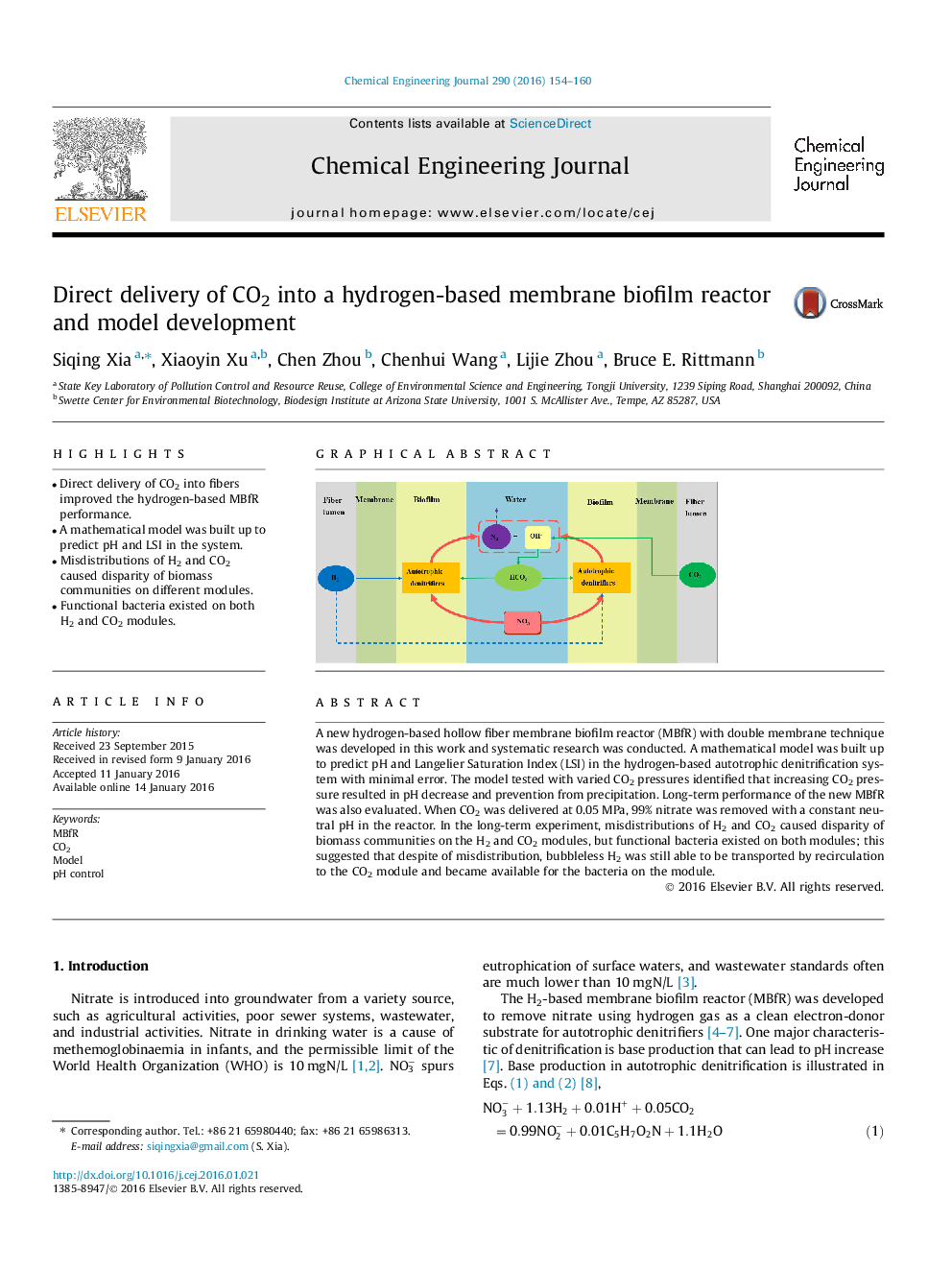 • Direct delivery of CO2 into fibers improved the hydrogen-based MBfR performance.
• A mathematical model was built up to predict pH and LSI in the system.
• Misdistributions of H2 and CO2 caused disparity of biomass communities on different modules.
• Functional bacteria existed on both H2 and CO2 modules.

A new hydrogen-based hollow fiber membrane biofilm reactor (MBfR) with double membrane technique was developed in this work and systematic research was conducted. A mathematical model was built up to predict pH and Langelier Saturation Index (LSI) in the hydrogen-based autotrophic denitrification system with minimal error. The model tested with varied CO2 pressures identified that increasing CO2 pressure resulted in pH decrease and prevention from precipitation. Long-term performance of the new MBfR was also evaluated. When CO2 was delivered at 0.05 MPa, 99% nitrate was removed with a constant neutral pH in the reactor. In the long-term experiment, misdistributions of H2 and CO2 caused disparity of biomass communities on the H2 and CO2 modules, but functional bacteria existed on both modules; this suggested that despite of misdistribution, bubbleless H2 was still able to be transported by recirculation to the CO2 module and became available for the bacteria on the module.