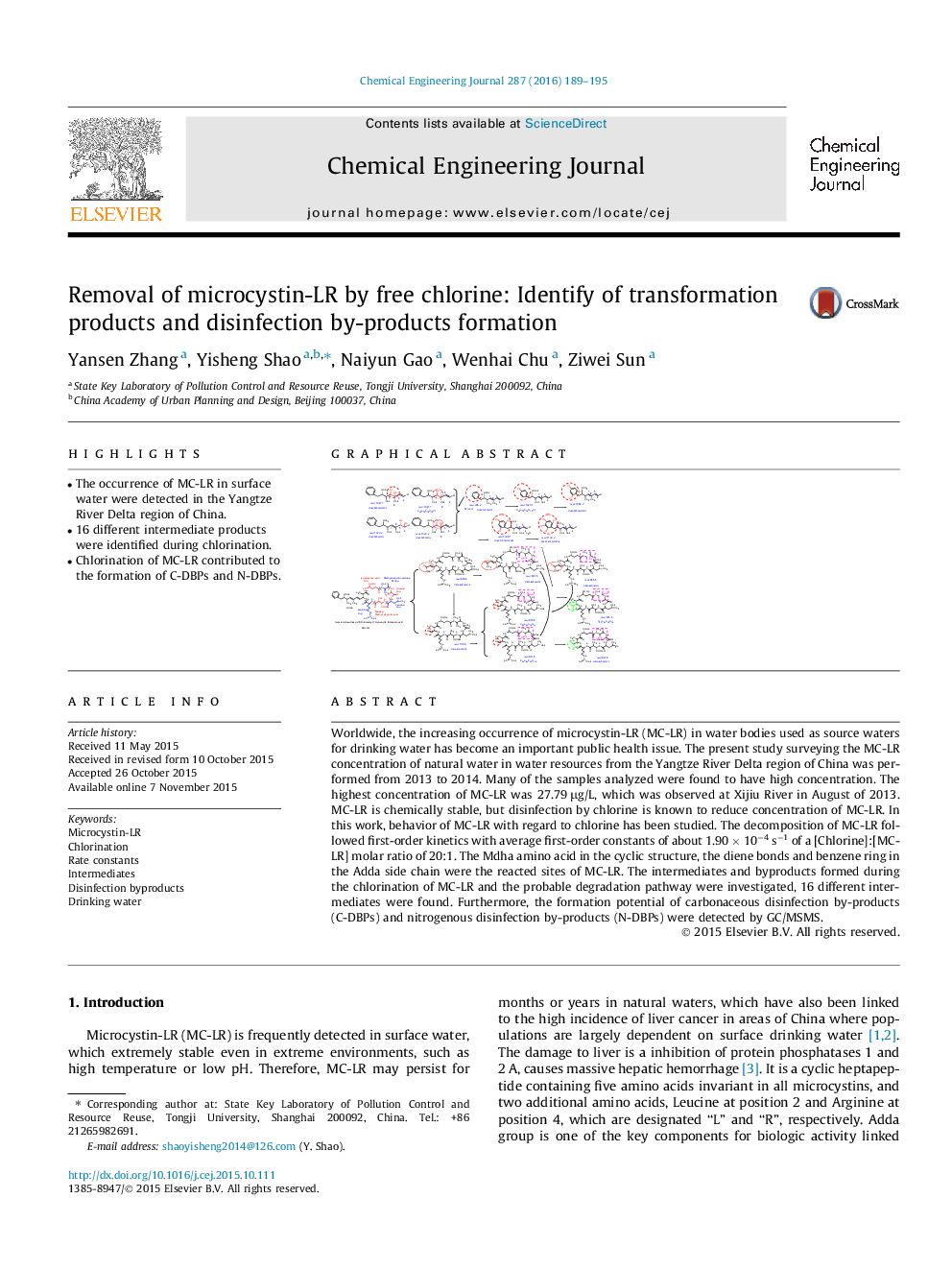 • The occurrence of MC-LR in surface water were detected in the Yangtze River Delta region of China.
• 16 different intermediate products were identified during chlorination.
• Chlorination of MC-LR contributed to the formation of C-DBPs and N-DBPs.

Worldwide, the increasing occurrence of microcystin-LR (MC-LR) in water bodies used as source waters for drinking water has become an important public health issue. The present study surveying the MC-LR concentration of natural water in water resources from the Yangtze River Delta region of China was performed from 2013 to 2014. Many of the samples analyzed were found to have high concentration. The highest concentration of MC-LR was 27.79 μg/L, which was observed at Xijiu River in August of 2013. MC-LR is chemically stable, but disinfection by chlorine is known to reduce concentration of MC-LR. In this work, behavior of MC-LR with regard to chlorine has been studied. The decomposition of MC-LR followed first-order kinetics with average first-order constants of about 1.90 × 10−4 s−1 of a [Chlorine]:[MC-LR] molar ratio of 20:1. The Mdha amino acid in the cyclic structure, the diene bonds and benzene ring in the Adda side chain were the reacted sites of MC-LR. The intermediates and byproducts formed during the chlorination of MC-LR and the probable degradation pathway were investigated, 16 different intermediates were found. Furthermore, the formation potential of carbonaceous disinfection by-products (C-DBPs) and nitrogenous disinfection by-products (N-DBPs) were detected by GC/MSMS.