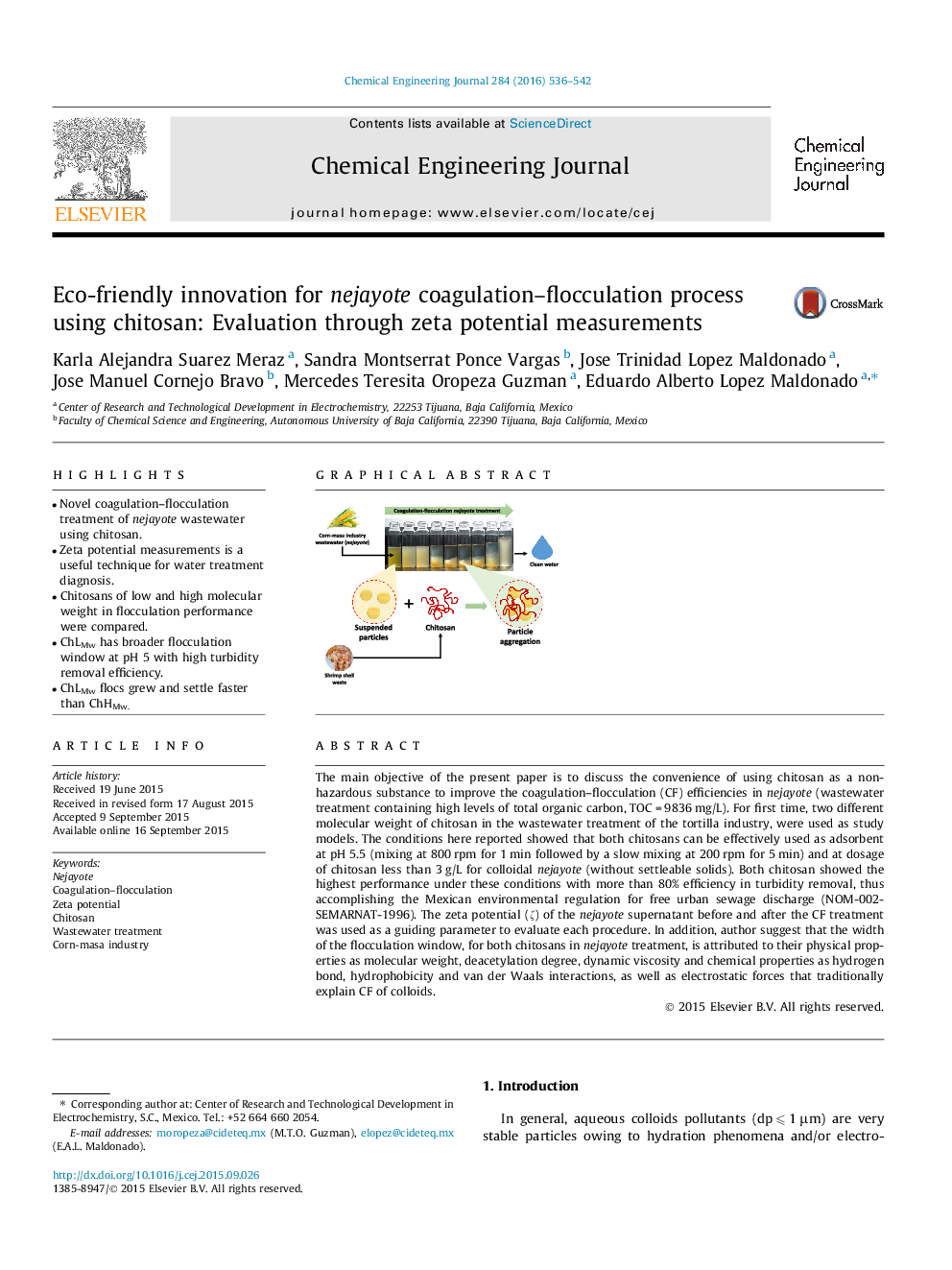 The main objective of the present paper is to discuss the convenience of using chitosan as a non-hazardous substance to improve the coagulation–flocculation (CF) efficiencies in nejayote (wastewater treatment containing high levels of total organic carbon, TOC = 9836 mg/L). For first time, two different molecular weight of chitosan in the wastewater treatment of the tortilla industry, were used as study models. The conditions here reported showed that both chitosans can be effectively used as adsorbent at pH 5.5 (mixing at 800 rpm for 1 min followed by a slow mixing at 200 rpm for 5 min) and at dosage of chitosan less than 3 g/L for colloidal nejayote (without settleable solids). Both chitosan showed the highest performance under these conditions with more than 80% efficiency in turbidity removal, thus accomplishing the Mexican environmental regulation for free urban sewage discharge (NOM-002-SEMARNAT-1996). The zeta potential (ζ) of the nejayote supernatant before and after the CF treatment was used as a guiding parameter to evaluate each procedure. In addition, author suggest that the width of the flocculation window, for both chitosans in nejayote treatment, is attributed to their physical properties as molecular weight, deacetylation degree, dynamic viscosity and chemical properties as hydrogen bond, hydrophobicity and van der Waals interactions, as well as electrostatic forces that traditionally explain CF of colloids.