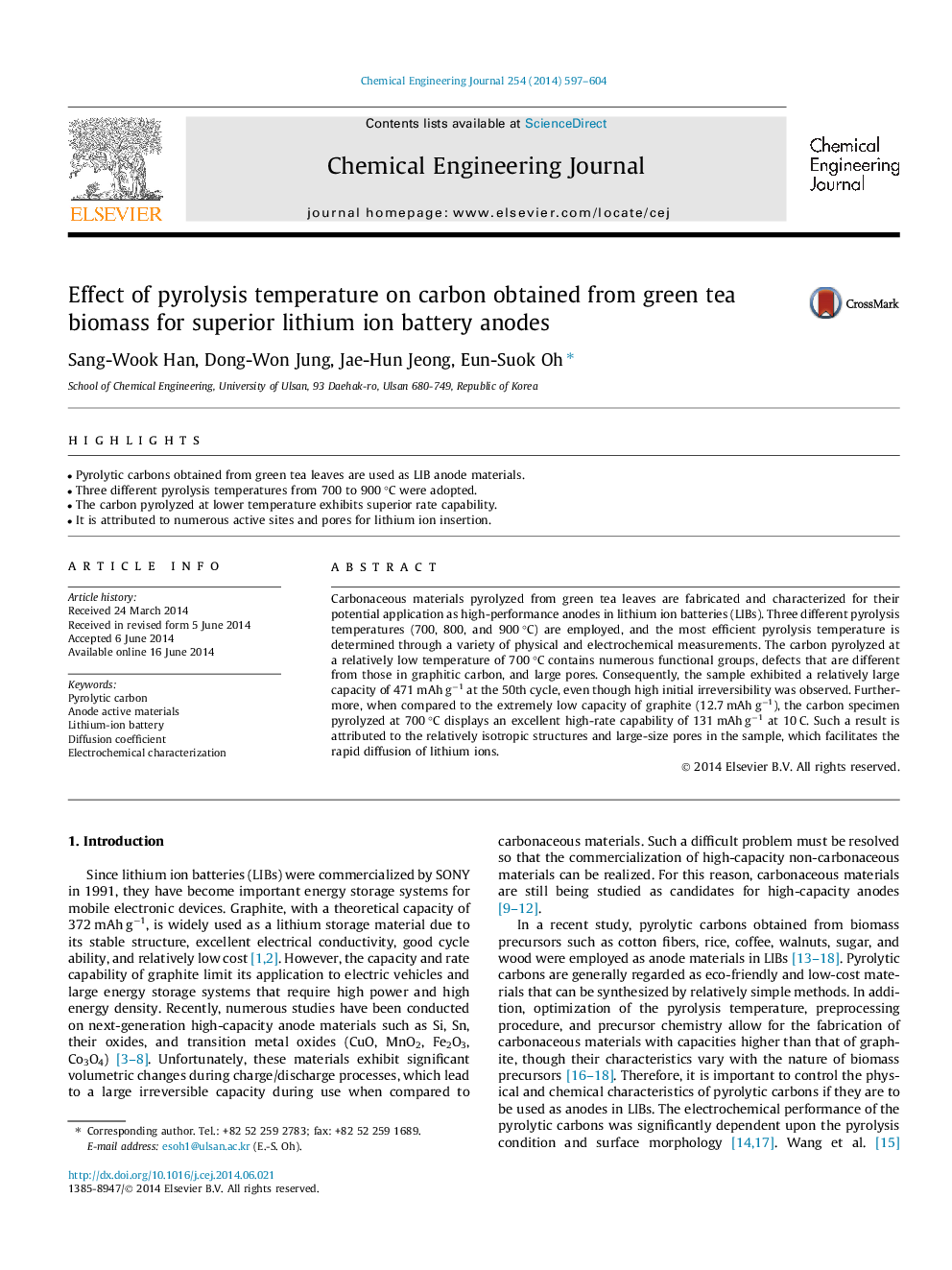 Carbonaceous materials pyrolyzed from green tea leaves are fabricated and characterized for their potential application as high-performance anodes in lithium ion batteries (LIBs). Three different pyrolysis temperatures (700, 800, and 900 °C) are employed, and the most efficient pyrolysis temperature is determined through a variety of physical and electrochemical measurements. The carbon pyrolyzed at a relatively low temperature of 700 °C contains numerous functional groups, defects that are different from those in graphitic carbon, and large pores. Consequently, the sample exhibited a relatively large capacity of 471 mAh g−1 at the 50th cycle, even though high initial irreversibility was observed. Furthermore, when compared to the extremely low capacity of graphite (12.7 mAh g−1), the carbon specimen pyrolyzed at 700 °C displays an excellent high-rate capability of 131 mAh g−1 at 10 C. Such a result is attributed to the relatively isotropic structures and large-size pores in the sample, which facilitates the rapid diffusion of lithium ions.