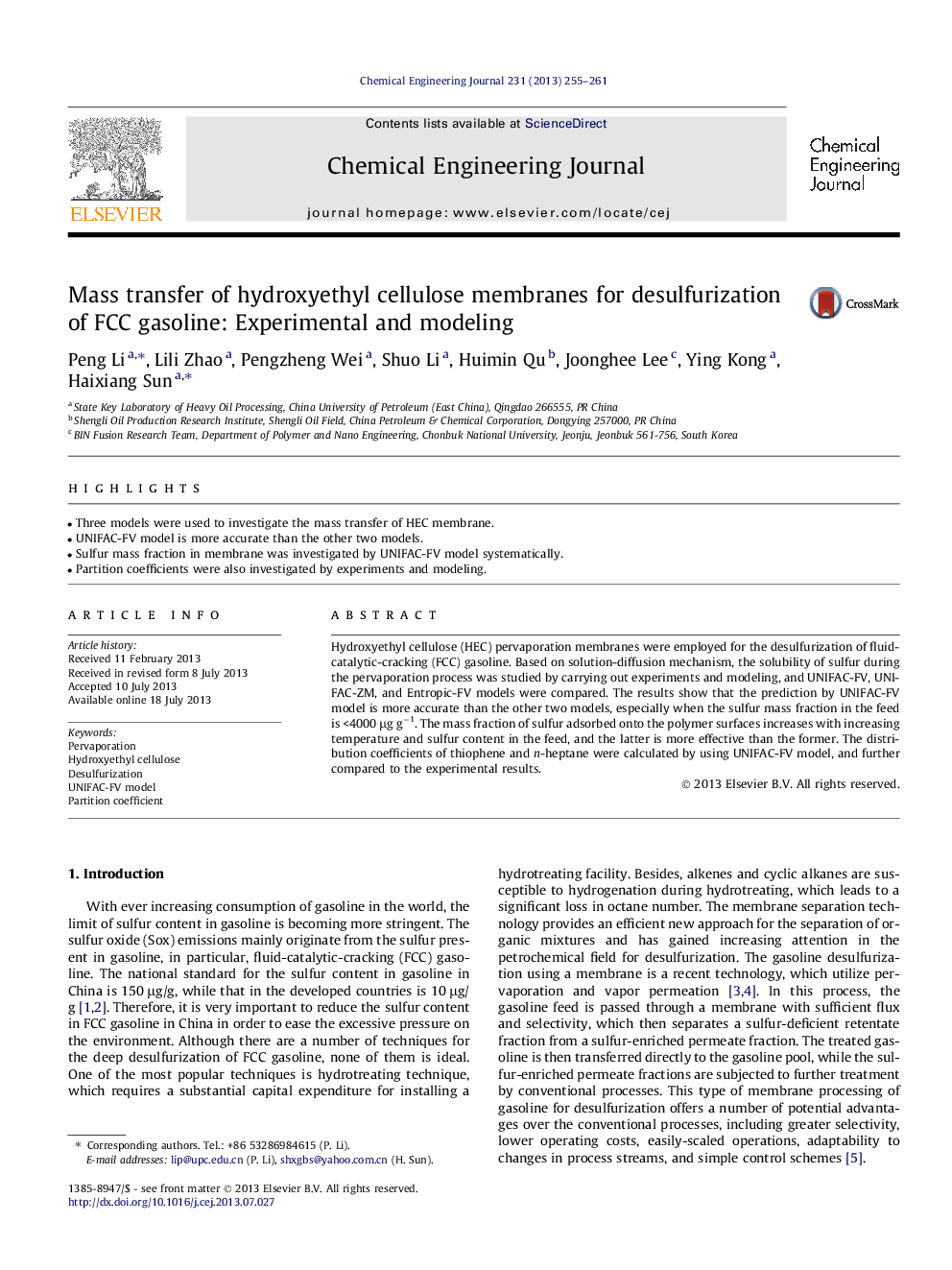 Hydroxyethyl cellulose (HEC) pervaporation membranes were employed for the desulfurization of fluid-catalytic-cracking (FCC) gasoline. Based on solution-diffusion mechanism, the solubility of sulfur during the pervaporation process was studied by carrying out experiments and modeling, and UNIFAC-FV, UNIFAC-ZM, and Entropic-FV models were compared. The results show that the prediction by UNIFAC-FV model is more accurate than the other two models, especially when the sulfur mass fraction in the feed is <4000 μg g−1. The mass fraction of sulfur adsorbed onto the polymer surfaces increases with increasing temperature and sulfur content in the feed, and the latter is more effective than the former. The distribution coefficients of thiophene and n-heptane were calculated by using UNIFAC-FV model, and further compared to the experimental results.