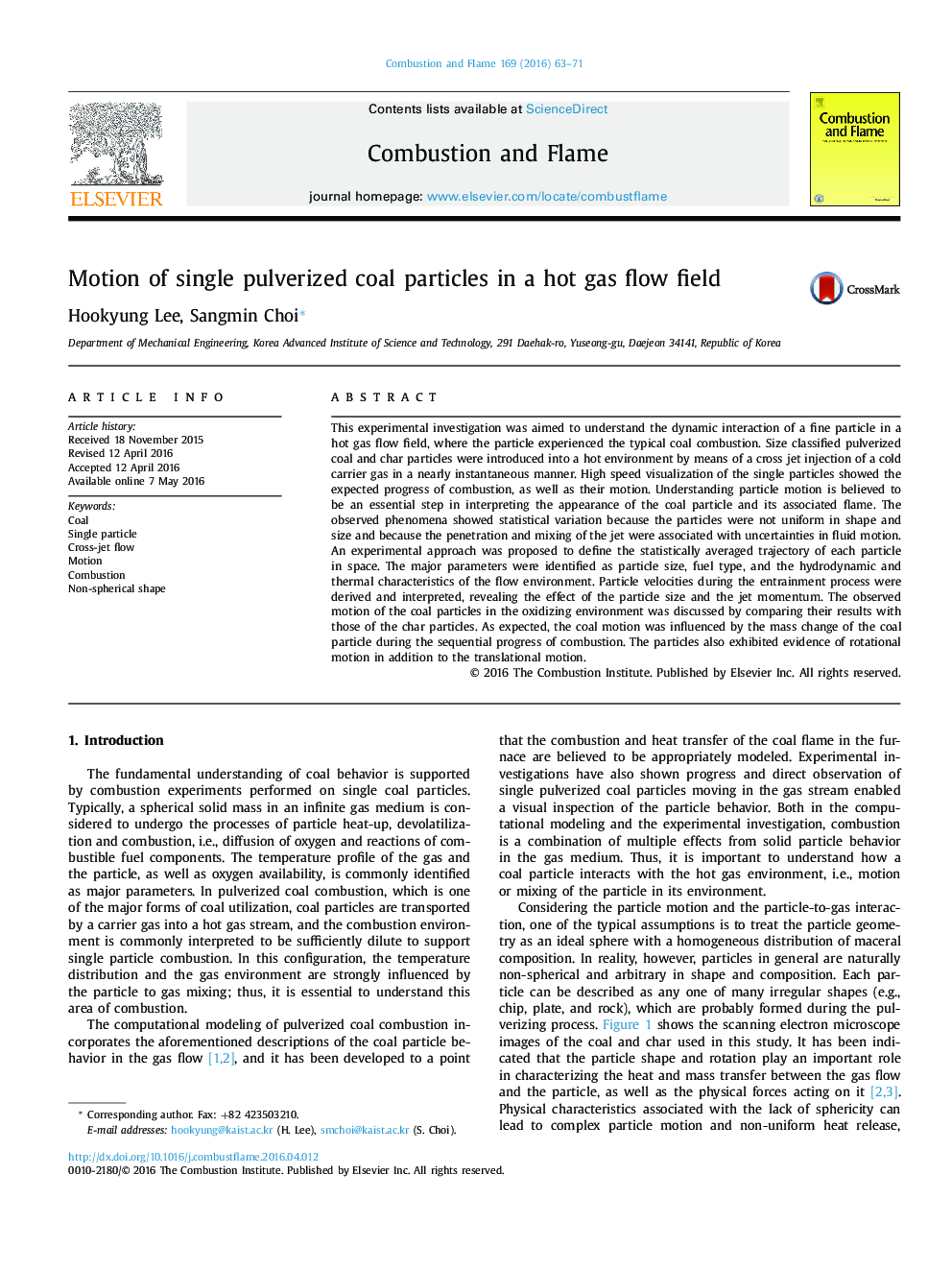 This experimental investigation was aimed to understand the dynamic interaction of a fine particle in a hot gas flow field, where the particle experienced the typical coal combustion. Size classified pulverized coal and char particles were introduced into a hot environment by means of a cross jet injection of a cold carrier gas in a nearly instantaneous manner. High speed visualization of the single particles showed the expected progress of combustion, as well as their motion. Understanding particle motion is believed to be an essential step in interpreting the appearance of the coal particle and its associated flame. The observed phenomena showed statistical variation because the particles were not uniform in shape and size and because the penetration and mixing of the jet were associated with uncertainties in fluid motion. An experimental approach was proposed to define the statistically averaged trajectory of each particle in space. The major parameters were identified as particle size, fuel type, and the hydrodynamic and thermal characteristics of the flow environment. Particle velocities during the entrainment process were derived and interpreted, revealing the effect of the particle size and the jet momentum. The observed motion of the coal particles in the oxidizing environment was discussed by comparing their results with those of the char particles. As expected, the coal motion was influenced by the mass change of the coal particle during the sequential progress of combustion. The particles also exhibited evidence of rotational motion in addition to the translational motion.