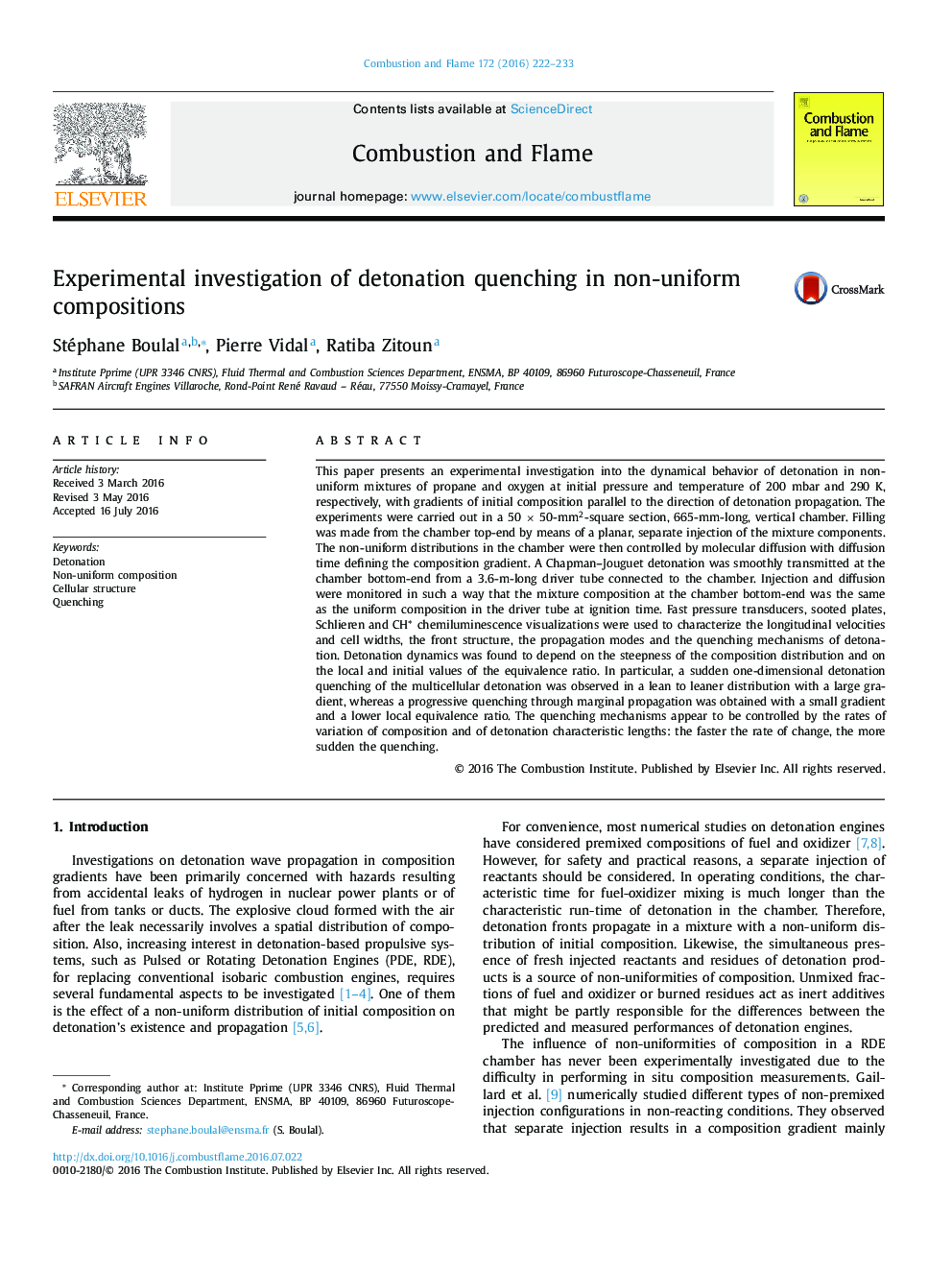 This paper presents an experimental investigation into the dynamical behavior of detonation in non-uniform mixtures of propane and oxygen at initial pressure and temperature of 200 mbar and 290 K, respectively, with gradients of initial composition parallel to the direction of detonation propagation. The experiments were carried out in a 50 × 50-mm2-square section, 665-mm-long, vertical chamber. Filling was made from the chamber top-end by means of a planar, separate injection of the mixture components. The non-uniform distributions in the chamber were then controlled by molecular diffusion with diffusion time defining the composition gradient. A Chapman–Jouguet detonation was smoothly transmitted at the chamber bottom-end from a 3.6-m-long driver tube connected to the chamber. Injection and diffusion were monitored in such a way that the mixture composition at the chamber bottom-end was the same as the uniform composition in the driver tube at ignition time. Fast pressure transducers, sooted plates, Schlieren and CH* chemiluminescence visualizations were used to characterize the longitudinal velocities and cell widths, the front structure, the propagation modes and the quenching mechanisms of detonation. Detonation dynamics was found to depend on the steepness of the composition distribution and on the local and initial values of the equivalence ratio. In particular, a sudden one-dimensional detonation quenching of the multicellular detonation was observed in a lean to leaner distribution with a large gradient, whereas a progressive quenching through marginal propagation was obtained with a small gradient and a lower local equivalence ratio. The quenching mechanisms appear to be controlled by the rates of variation of composition and of detonation characteristic lengths: the faster the rate of change, the more sudden the quenching.