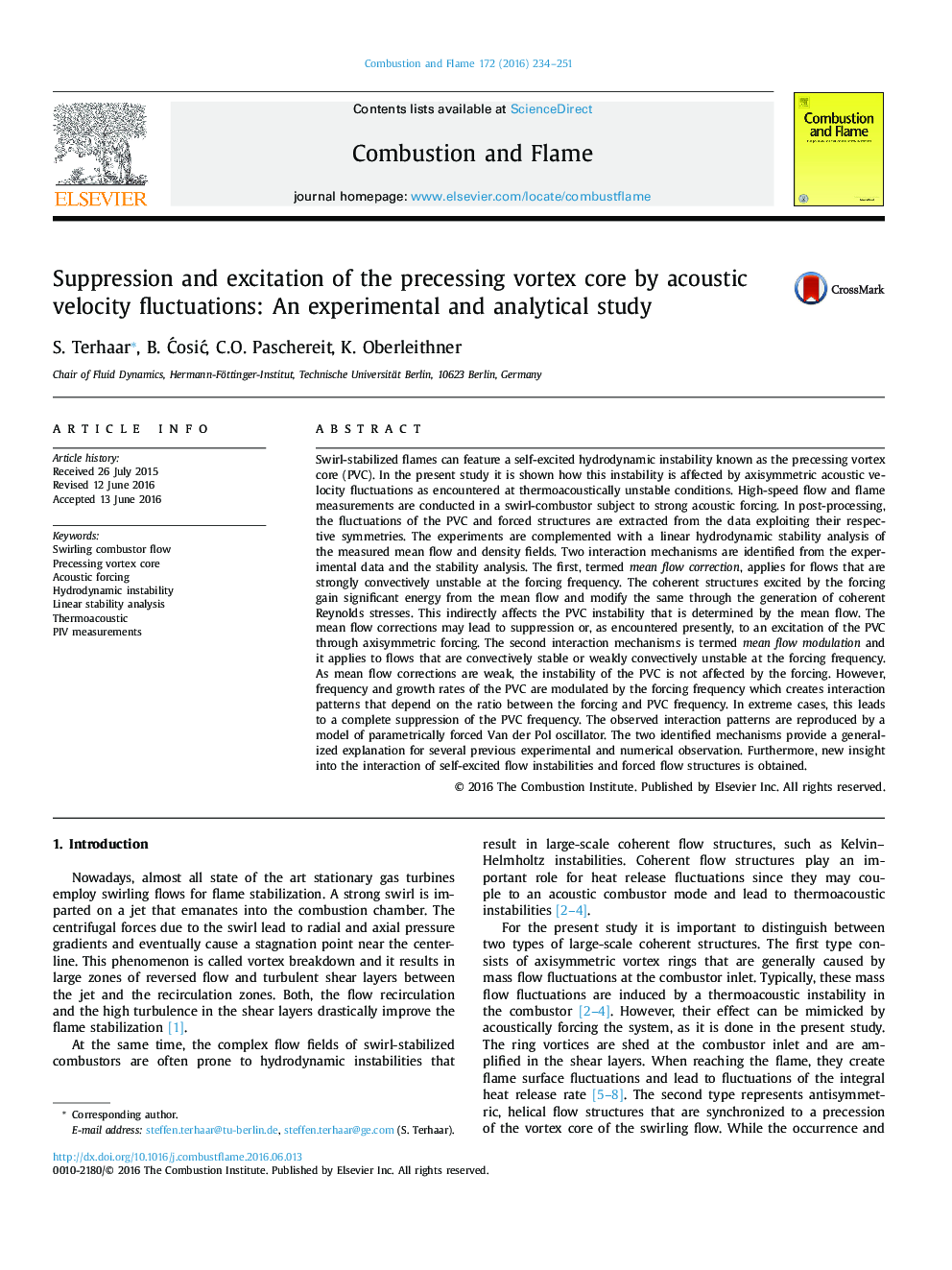 Swirl-stabilized flames can feature a self-excited hydrodynamic instability known as the precessing vortex core (PVC). In the present study it is shown how this instability is affected by axisymmetric acoustic velocity fluctuations as encountered at thermoacoustically unstable conditions. High-speed flow and flame measurements are conducted in a swirl-combustor subject to strong acoustic forcing. In post-processing, the fluctuations of the PVC and forced structures are extracted from the data exploiting their respective symmetries. The experiments are complemented with a linear hydrodynamic stability analysis of the measured mean flow and density fields. Two interaction mechanisms are identified from the experimental data and the stability analysis. The first, termed mean flow correction, applies for flows that are strongly convectively unstable at the forcing frequency. The coherent structures excited by the forcing gain significant energy from the mean flow and modify the same through the generation of coherent Reynolds stresses. This indirectly affects the PVC instability that is determined by the mean flow. The mean flow corrections may lead to suppression or, as encountered presently, to an excitation of the PVC through axisymmetric forcing. The second interaction mechanisms is termed mean flow modulation and it applies to flows that are convectively stable or weakly convectively unstable at the forcing frequency. As mean flow corrections are weak, the instability of the PVC is not affected by the forcing. However, frequency and growth rates of the PVC are modulated by the forcing frequency which creates interaction patterns that depend on the ratio between the forcing and PVC frequency. In extreme cases, this leads to a complete suppression of the PVC frequency. The observed interaction patterns are reproduced by a model of parametrically forced Van der Pol oscillator. The two identified mechanisms provide a generalized explanation for several previous experimental and numerical observation. Furthermore, new insight into the interaction of self-excited flow instabilities and forced flow structures is obtained.