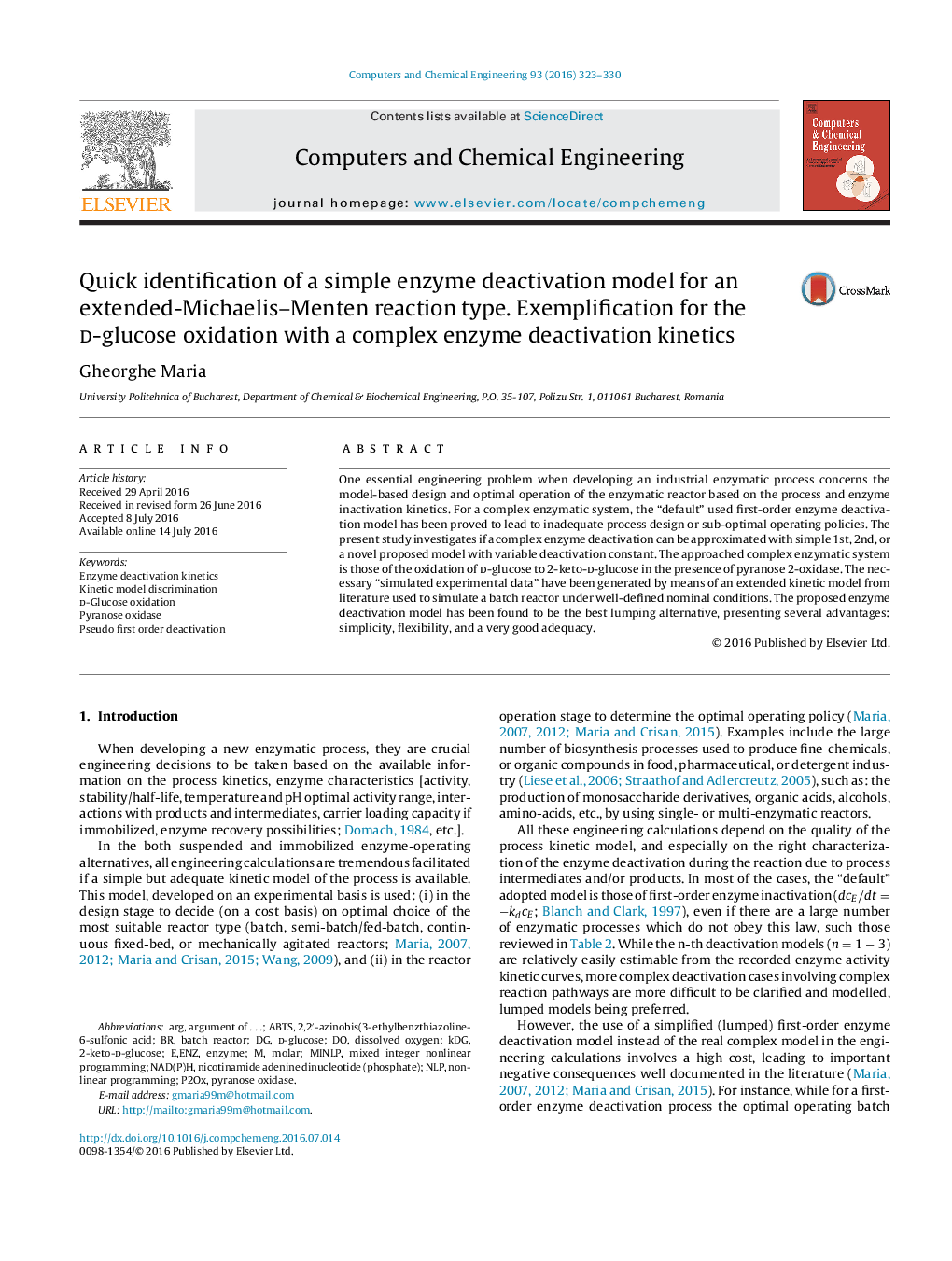 • d-Glucose is oxidized using pyranose-2-oxidase P2Ox in a batch experiment.
• P2Ox is inactivated by the resulted H2O2 following a complex reaction mechanism.
• Simple lumped enzyme deactivation models are tested vs. simulated kinetic data.
• The data are generated using an extended process kinetic model from literature.
• A proposed enzyme deactivation model has been found to be the best lumping alternative.

One essential engineering problem when developing an industrial enzymatic process concerns the model-based design and optimal operation of the enzymatic reactor based on the process and enzyme inactivation kinetics. For a complex enzymatic system, the “default” used first-order enzyme deactivation model has been proved to lead to inadequate process design or sub-optimal operating policies. The present study investigates if a complex enzyme deactivation can be approximated with simple 1st, 2nd, or a novel proposed model with variable deactivation constant. The approached complex enzymatic system is those of the oxidation of d-glucose to 2-keto-d-glucose in the presence of pyranose 2-oxidase. The necessary “simulated experimental data” have been generated by means of an extended kinetic model from literature used to simulate a batch reactor under well-defined nominal conditions. The proposed enzyme deactivation model has been found to be the best lumping alternative, presenting several advantages: simplicity, flexibility, and a very good adequacy.