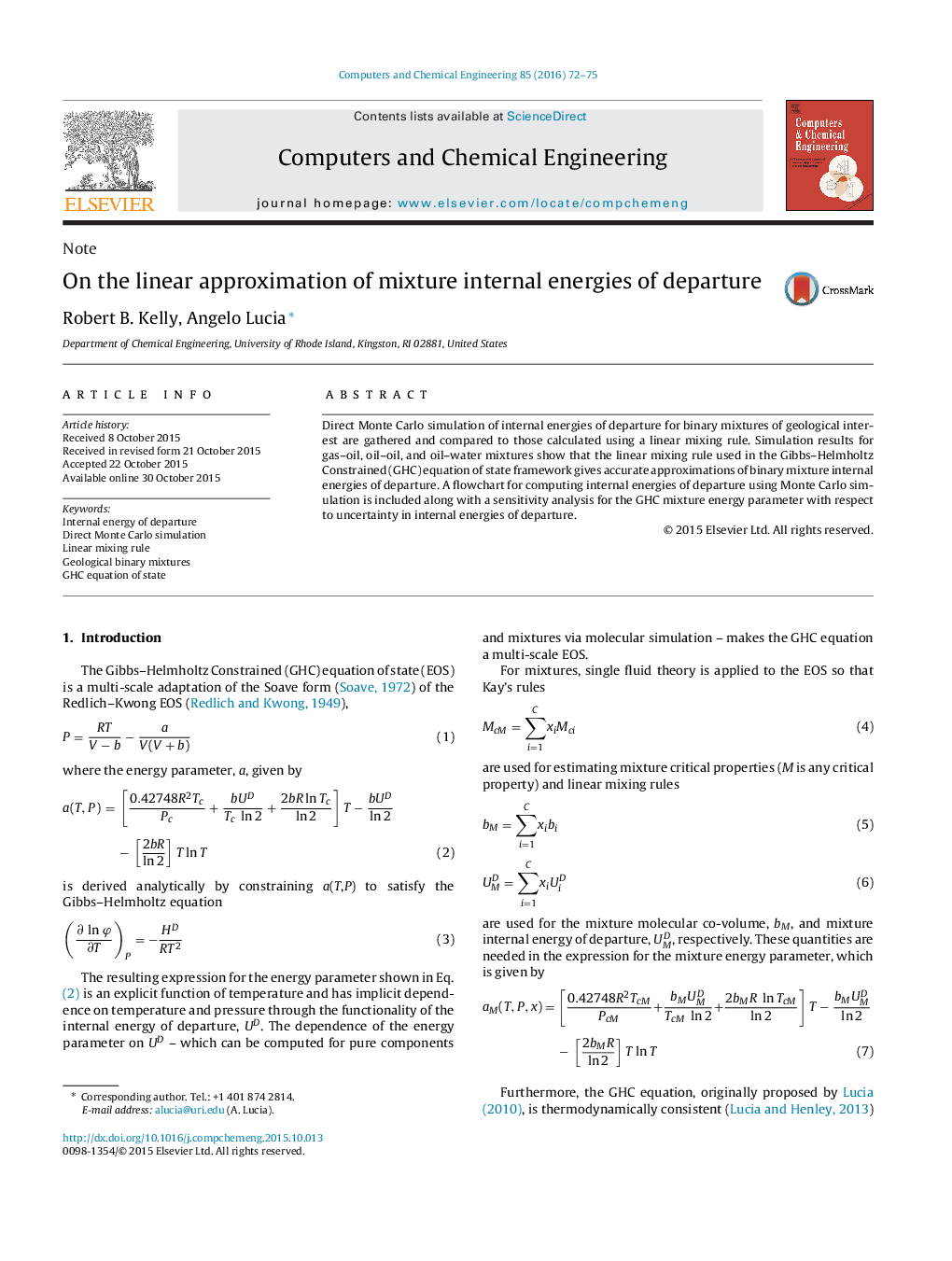 • Linear mixing rule for mixture internal energies of departure validated.
• Comparisons are made to direct Monte Carlo simulation in the NPT ensemble.
• Gas–oil, oil–oil and oil–water mixtures are considered.
• Sensitivity analysis of aM and VM to uncertainty in UMD presented.