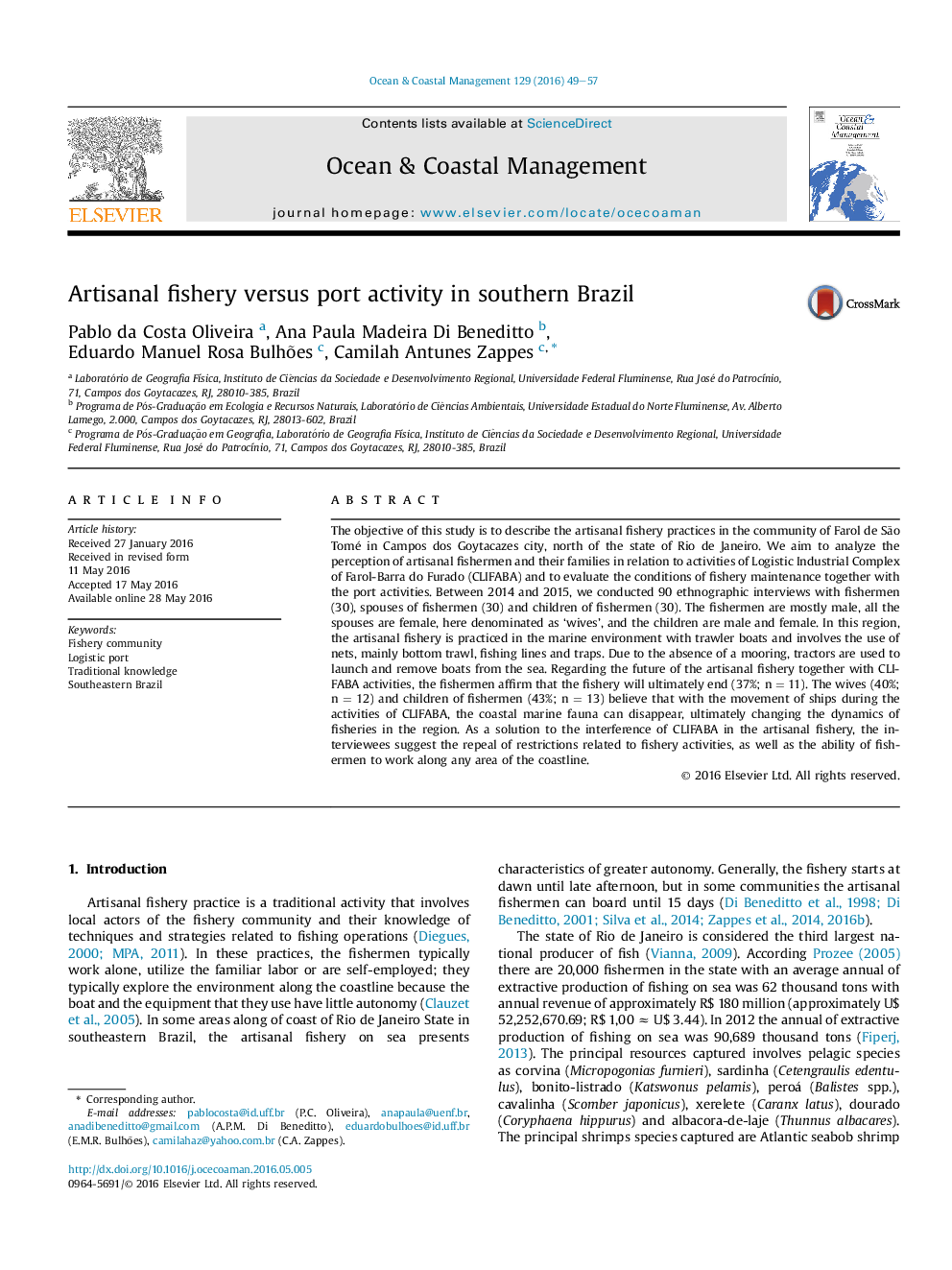 • Port activity affects artisanal fisheries in southern Brazil.
• The area of influence of port increases the interference in the daily lives of families.
• Fishermen affirm that the fishery will ultimately end due port activities.
• Wives and children of fishermen believe that the coastal marine fauna can disappear due port activities.
• To decrease the interference of port in the fishery is suggested the repeal of restrictions related with the activity.

The objective of this study is to describe the artisanal fishery practices in the community of Farol de São Tomé in Campos dos Goytacazes city, north of the state of Rio de Janeiro. We aim to analyze the perception of artisanal fishermen and their families in relation to activities of Logistic Industrial Complex of Farol-Barra do Furado (CLIFABA) and to evaluate the conditions of fishery maintenance together with the port activities. Between 2014 and 2015, we conducted 90 ethnographic interviews with fishermen (30), spouses of fishermen (30) and children of fishermen (30). The fishermen are mostly male, all the spouses are female, here denominated as ‘wives’, and the children are male and female. In this region, the artisanal fishery is practiced in the marine environment with trawler boats and involves the use of nets, mainly bottom trawl, fishing lines and traps. Due to the absence of a mooring, tractors are used to launch and remove boats from the sea. Regarding the future of the artisanal fishery together with CLIFABA activities, the fishermen affirm that the fishery will ultimately end (37%; n = 11). The wives (40%; n = 12) and children of fishermen (43%; n = 13) believe that with the movement of ships during the activities of CLIFABA, the coastal marine fauna can disappear, ultimately changing the dynamics of fisheries in the region. As a solution to the interference of CLIFABA in the artisanal fishery, the interviewees suggest the repeal of restrictions related to fishery activities, as well as the ability of fishermen to work along any area of the coastline.