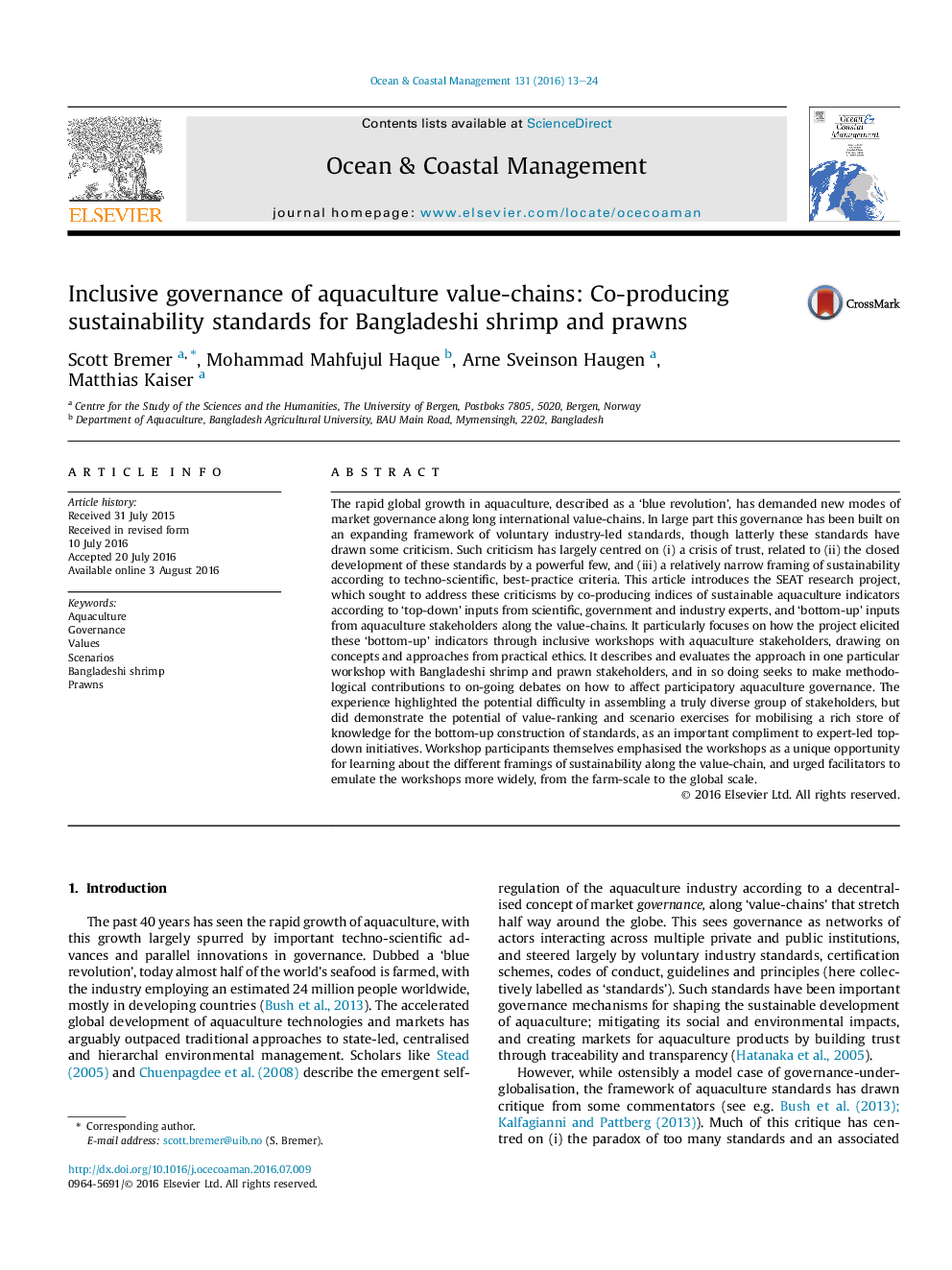 The rapid global growth in aquaculture, described as a ‘blue revolution’, has demanded new modes of market governance along long international value-chains. In large part this governance has been built on an expanding framework of voluntary industry-led standards, though latterly these standards have drawn some criticism. Such criticism has largely centred on (i) a crisis of trust, related to (ii) the closed development of these standards by a powerful few, and (iii) a relatively narrow framing of sustainability according to techno-scientific, best-practice criteria. This article introduces the SEAT research project, which sought to address these criticisms by co-producing indices of sustainable aquaculture indicators according to ‘top-down’ inputs from scientific, government and industry experts, and ‘bottom-up’ inputs from aquaculture stakeholders along the value-chains. It particularly focuses on how the project elicited these ‘bottom-up’ indicators through inclusive workshops with aquaculture stakeholders, drawing on concepts and approaches from practical ethics. It describes and evaluates the approach in one particular workshop with Bangladeshi shrimp and prawn stakeholders, and in so doing seeks to make methodological contributions to on-going debates on how to affect participatory aquaculture governance. The experience highlighted the potential difficulty in assembling a truly diverse group of stakeholders, but did demonstrate the potential of value-ranking and scenario exercises for mobilising a rich store of knowledge for the bottom-up construction of standards, as an important compliment to expert-led top-down initiatives. Workshop participants themselves emphasised the workshops as a unique opportunity for learning about the different framings of sustainability along the value-chain, and urged facilitators to emulate the workshops more widely, from the farm-scale to the global scale.