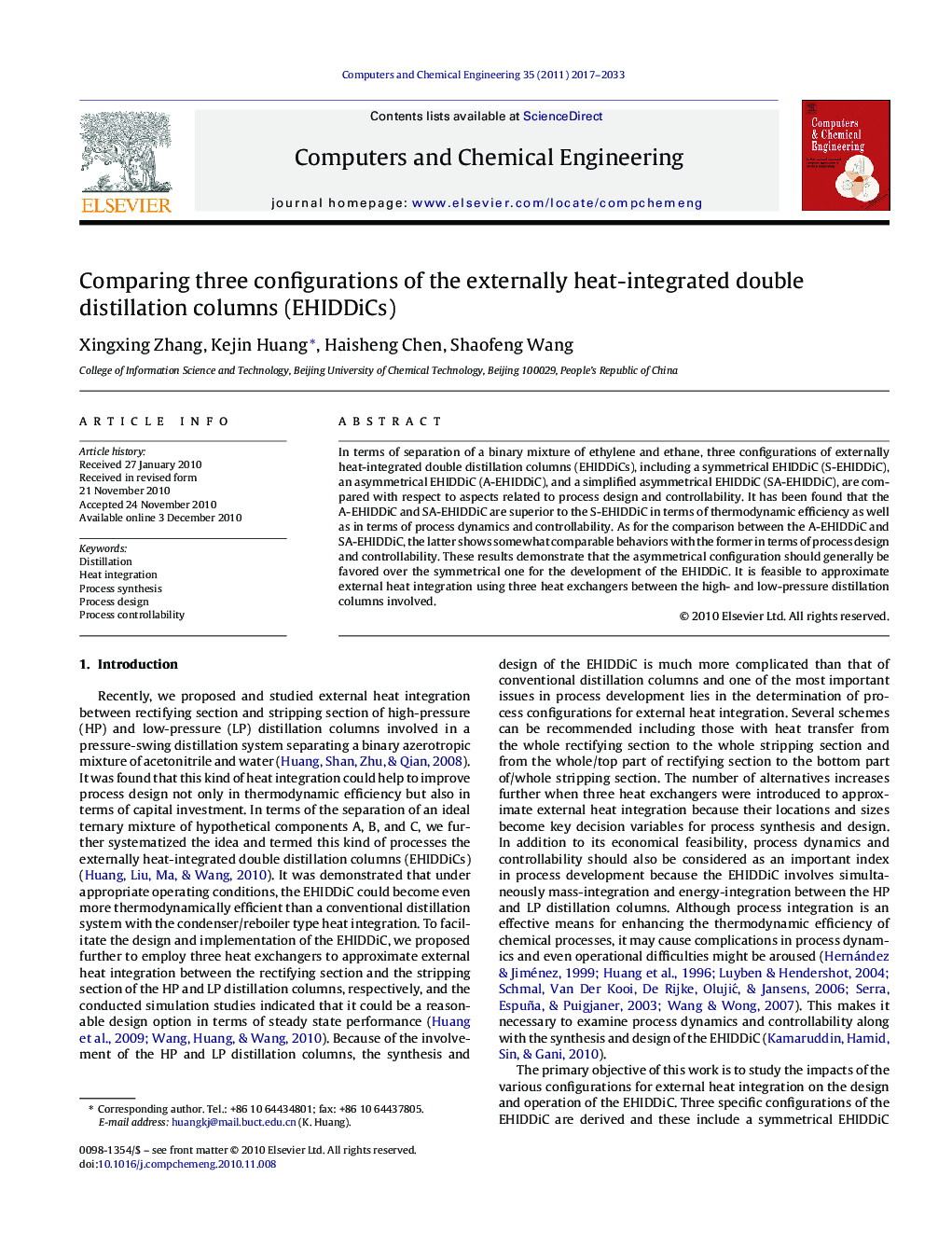 In terms of separation of a binary mixture of ethylene and ethane, three configurations of externally heat-integrated double distillation columns (EHIDDiCs), including a symmetrical EHIDDiC (S-EHIDDiC), an asymmetrical EHIDDiC (A-EHIDDiC), and a simplified asymmetrical EHIDDiC (SA-EHIDDiC), are compared with respect to aspects related to process design and controllability. It has been found that the A-EHIDDiC and SA-EHIDDiC are superior to the S-EHIDDiC in terms of thermodynamic efficiency as well as in terms of process dynamics and controllability. As for the comparison between the A-EHIDDiC and SA-EHIDDiC, the latter shows somewhat comparable behaviors with the former in terms of process design and controllability. These results demonstrate that the asymmetrical configuration should generally be favored over the symmetrical one for the development of the EHIDDiC. It is feasible to approximate external heat integration using three heat exchangers between the high- and low-pressure distillation columns involved.