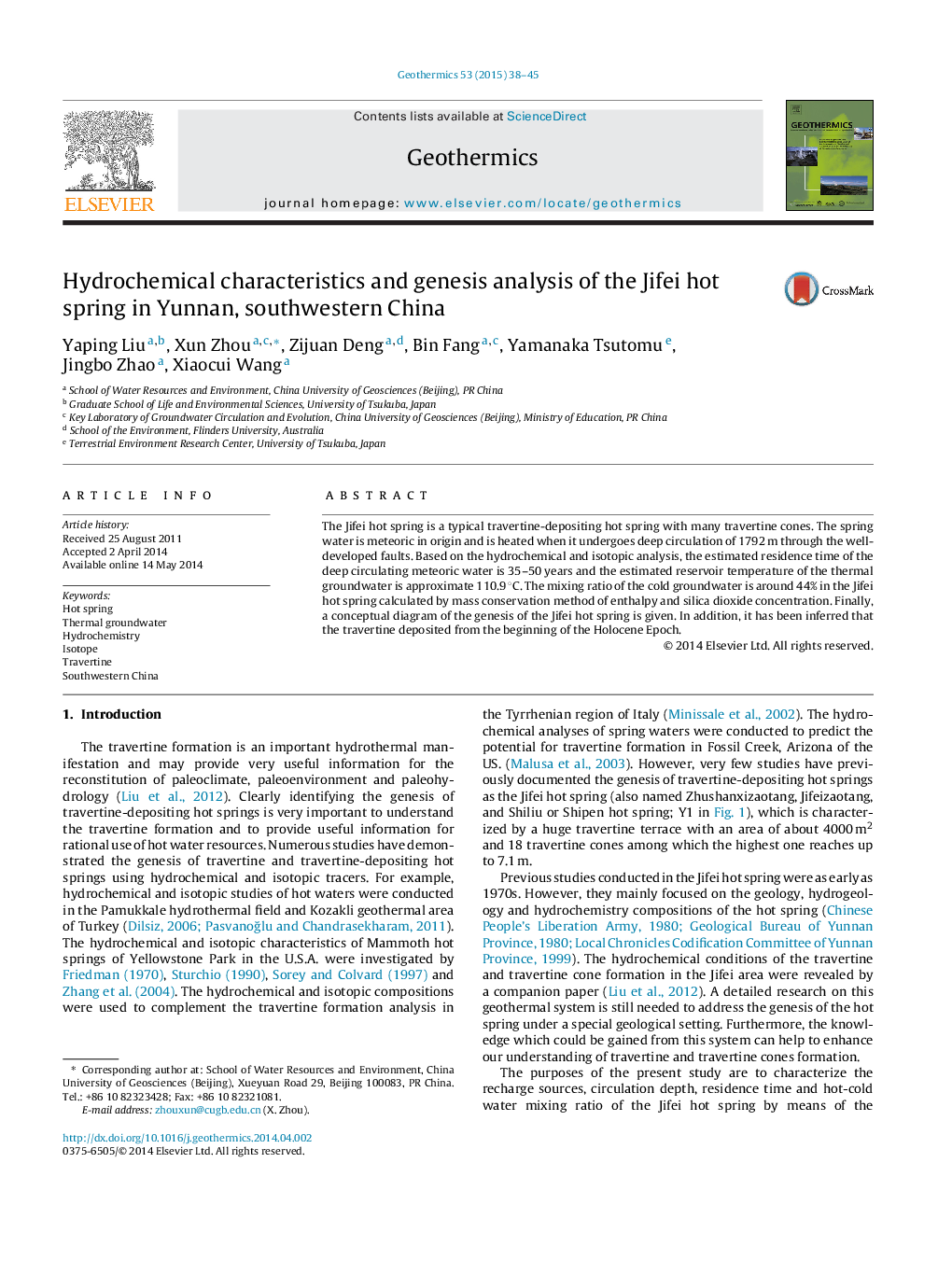 • We study a travertine cone-depositing hot spring, southwestern China.
• The spring is of deep circulation geothermal system with meteoric origin.
• The circulation depth is ∼1792 m and the reservoir temperature is ∼110.9 °C.
• The residence time is 35–50 years and the mixing ratio of cold groundwater is ∼44%.
• The travertine began to deposit from the beginning of the Holocene Epoch.

The Jifei hot spring is a typical travertine-depositing hot spring with many travertine cones. The spring water is meteoric in origin and is heated when it undergoes deep circulation of 1792 m through the well-developed faults. Based on the hydrochemical and isotopic analysis, the estimated residence time of the deep circulating meteoric water is 35–50 years and the estimated reservoir temperature of the thermal groundwater is approximate 110.9 °C. The mixing ratio of the cold groundwater is around 44% in the Jifei hot spring calculated by mass conservation method of enthalpy and silica dioxide concentration. Finally, a conceptual diagram of the genesis of the Jifei hot spring is given. In addition, it has been inferred that the travertine deposited from the beginning of the Holocene Epoch.