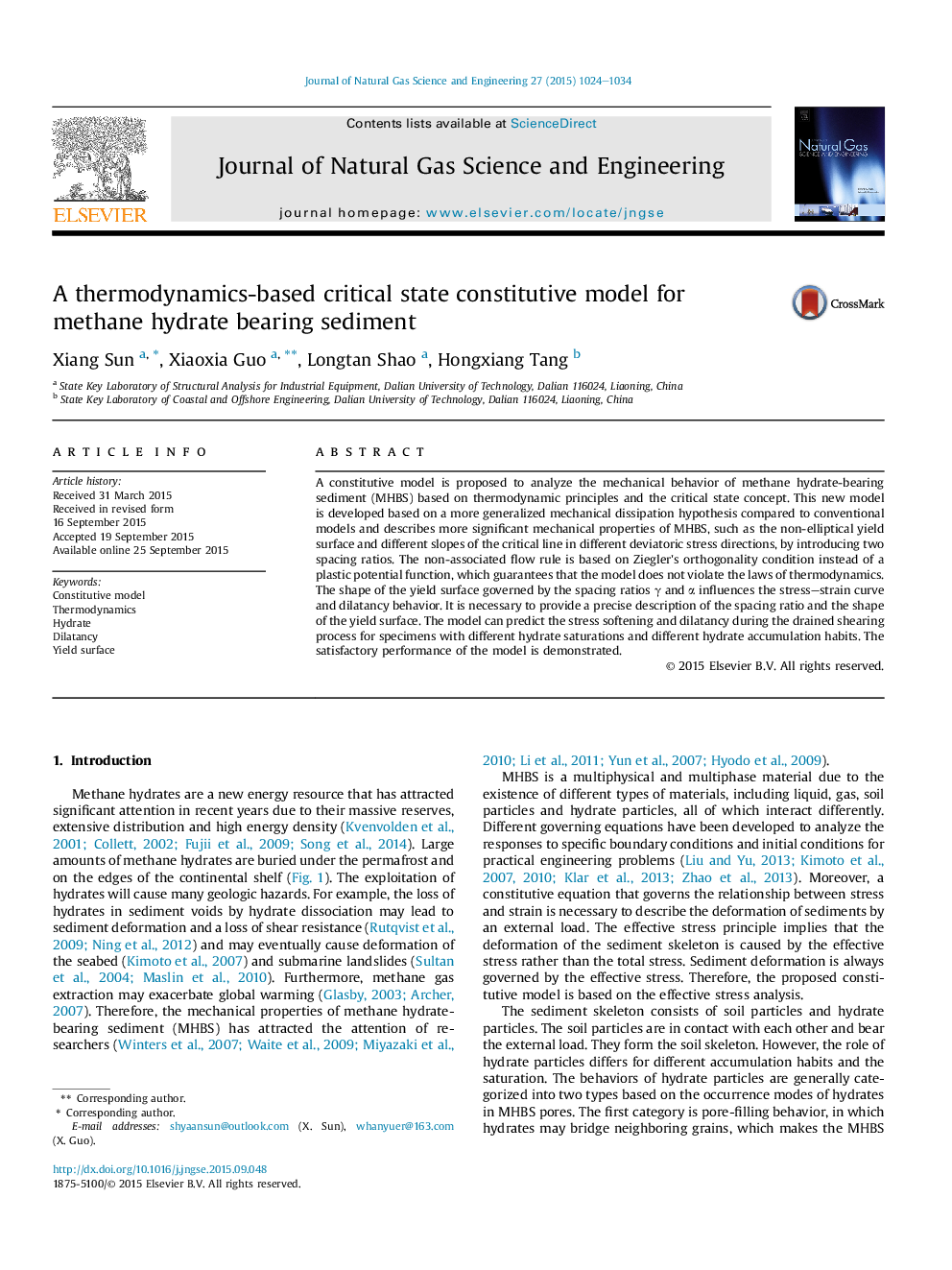 • We develop a thermodynamics-based constitutive model to describe the mechanical behavior of MHBS.
• Non-associated flow rule and yield surface are deduced by a dissipation function.
• We point out the influence of the spacing ratio and the shape of the yield surface on stress–strain curve and dilatancy.

A constitutive model is proposed to analyze the mechanical behavior of methane hydrate-bearing sediment (MHBS) based on thermodynamic principles and the critical state concept. This new model is developed based on a more generalized mechanical dissipation hypothesis compared to conventional models and describes more significant mechanical properties of MHBS, such as the non-elliptical yield surface and different slopes of the critical line in different deviatoric stress directions, by introducing two spacing ratios. The non-associated flow rule is based on Ziegler's orthogonality condition instead of a plastic potential function, which guarantees that the model does not violate the laws of thermodynamics. The shape of the yield surface governed by the spacing ratios γ and α influences the stress–strain curve and dilatancy behavior. It is necessary to provide a precise description of the spacing ratio and the shape of the yield surface. The model can predict the stress softening and dilatancy during the drained shearing process for specimens with different hydrate saturations and different hydrate accumulation habits. The satisfactory performance of the model is demonstrated.