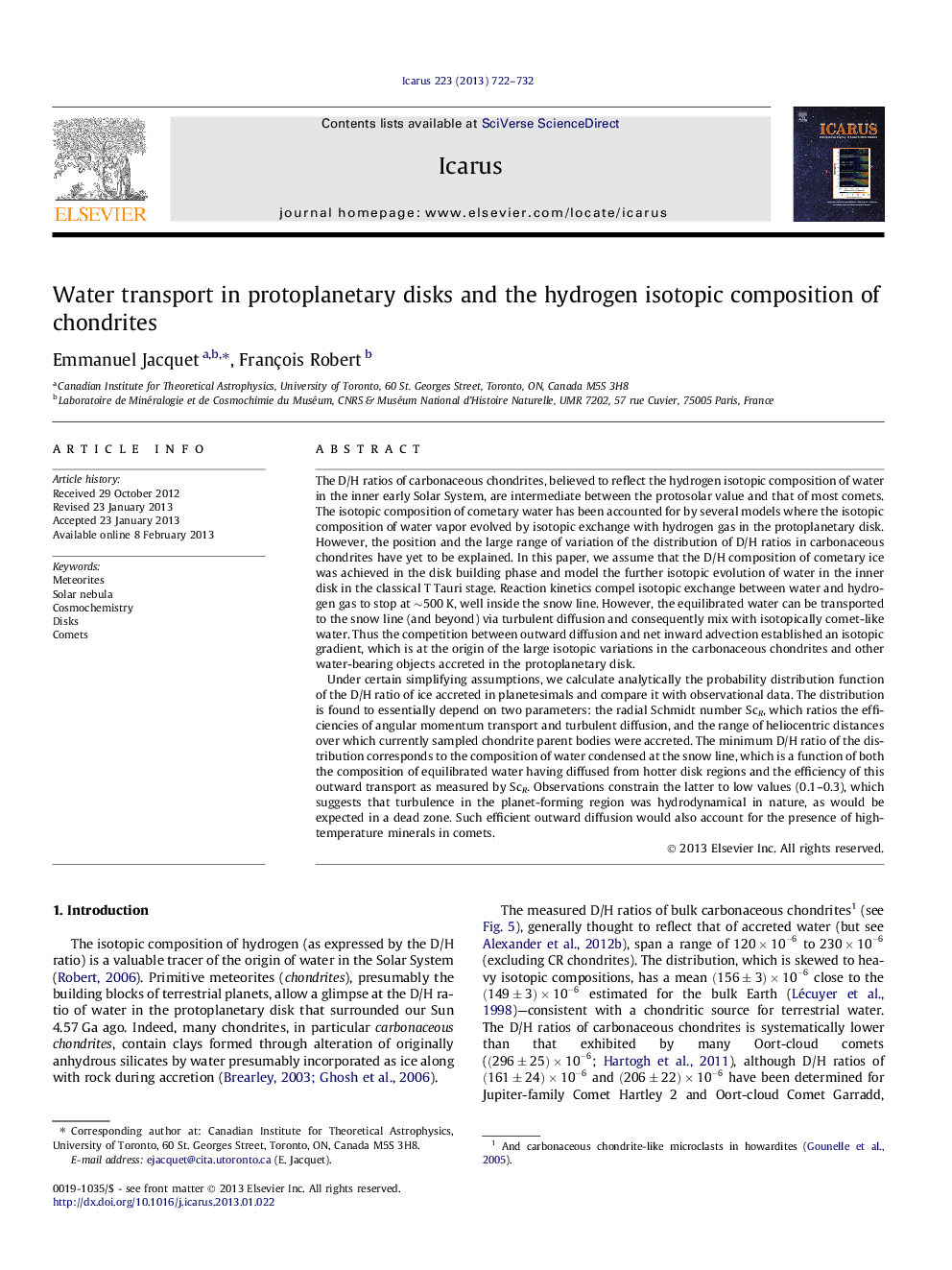 The D/H ratios of carbonaceous chondrites, believed to reflect the hydrogen isotopic composition of water in the inner early Solar System, are intermediate between the protosolar value and that of most comets. The isotopic composition of cometary water has been accounted for by several models where the isotopic composition of water vapor evolved by isotopic exchange with hydrogen gas in the protoplanetary disk. However, the position and the large range of variation of the distribution of D/H ratios in carbonaceous chondrites have yet to be explained. In this paper, we assume that the D/H composition of cometary ice was achieved in the disk building phase and model the further isotopic evolution of water in the inner disk in the classical T Tauri stage. Reaction kinetics compel isotopic exchange between water and hydrogen gas to stop at ∼500 K, well inside the snow line. However, the equilibrated water can be transported to the snow line (and beyond) via turbulent diffusion and consequently mix with isotopically comet-like water. Thus the competition between outward diffusion and net inward advection established an isotopic gradient, which is at the origin of the large isotopic variations in the carbonaceous chondrites and other water-bearing objects accreted in the protoplanetary disk.Under certain simplifying assumptions, we calculate analytically the probability distribution function of the D/H ratio of ice accreted in planetesimals and compare it with observational data. The distribution is found to essentially depend on two parameters: the radial Schmidt number ScR, which ratios the efficiencies of angular momentum transport and turbulent diffusion, and the range of heliocentric distances over which currently sampled chondrite parent bodies were accreted. The minimum D/H ratio of the distribution corresponds to the composition of water condensed at the snow line, which is a function of both the composition of equilibrated water having diffused from hotter disk regions and the efficiency of this outward transport as measured by ScR. Observations constrain the latter to low values (0.1–0.3), which suggests that turbulence in the planet-forming region was hydrodynamical in nature, as would be expected in a dead zone. Such efficient outward diffusion would also account for the presence of high-temperature minerals in comets.

► We set to explain the D/H ratio of water locked in carbonaceous chondrites.
► We model mixing between water equilibrated with hydrogen and cometary water in the disk.
► The (analytical) synthetic distribution of D/H ratios peaks near the snowline value.
► Observations require efficient turbulent diffusion (low radial Schmidt number).