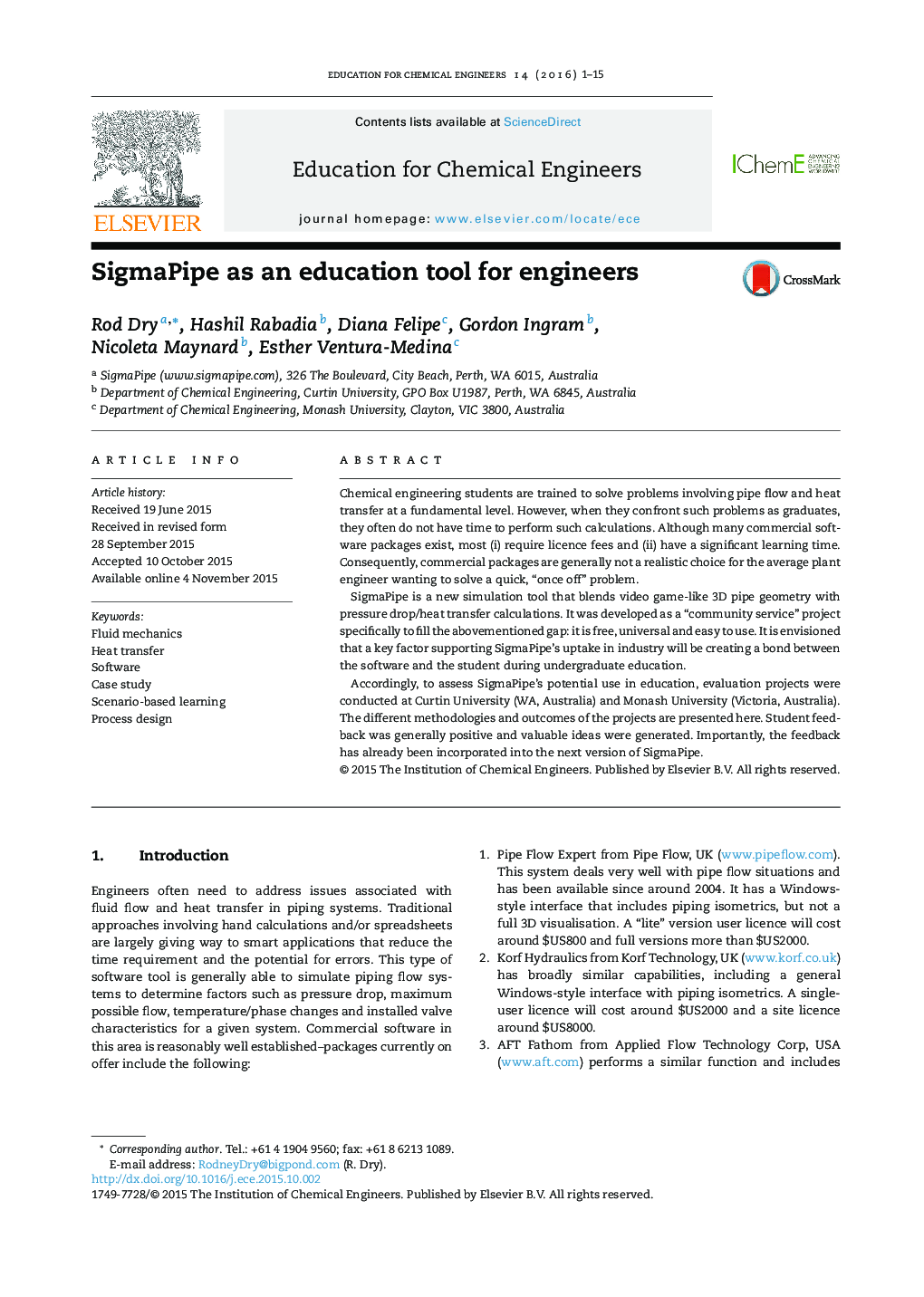 • SigmaPipe is free 3D software for flow and heat transfer simulations in pipes.
• Software usability evaluations by students reveal positive and negative aspects.
• An activity based on SigmaPipe was evaluated for teaching third-year Process Design.
• Changes were made to the software as a result of student feedback.

Chemical engineering students are trained to solve problems involving pipe flow and heat transfer at a fundamental level. However, when they confront such problems as graduates, they often do not have time to perform such calculations. Although many commercial software packages exist, most (i) require licence fees and (ii) have a significant learning time. Consequently, commercial packages are generally not a realistic choice for the average plant engineer wanting to solve a quick, “once off” problem.SigmaPipe is a new simulation tool that blends video game-like 3D pipe geometry with pressure drop/heat transfer calculations. It was developed as a “community service” project specifically to fill the abovementioned gap: it is free, universal and easy to use. It is envisioned that a key factor supporting SigmaPipe's uptake in industry will be creating a bond between the software and the student during undergraduate education.Accordingly, to assess SigmaPipe's potential use in education, evaluation projects were conducted at Curtin University (WA, Australia) and Monash University (Victoria, Australia). The different methodologies and outcomes of the projects are presented here. Student feedback was generally positive and valuable ideas were generated. Importantly, the feedback has already been incorporated into the next version of SigmaPipe.