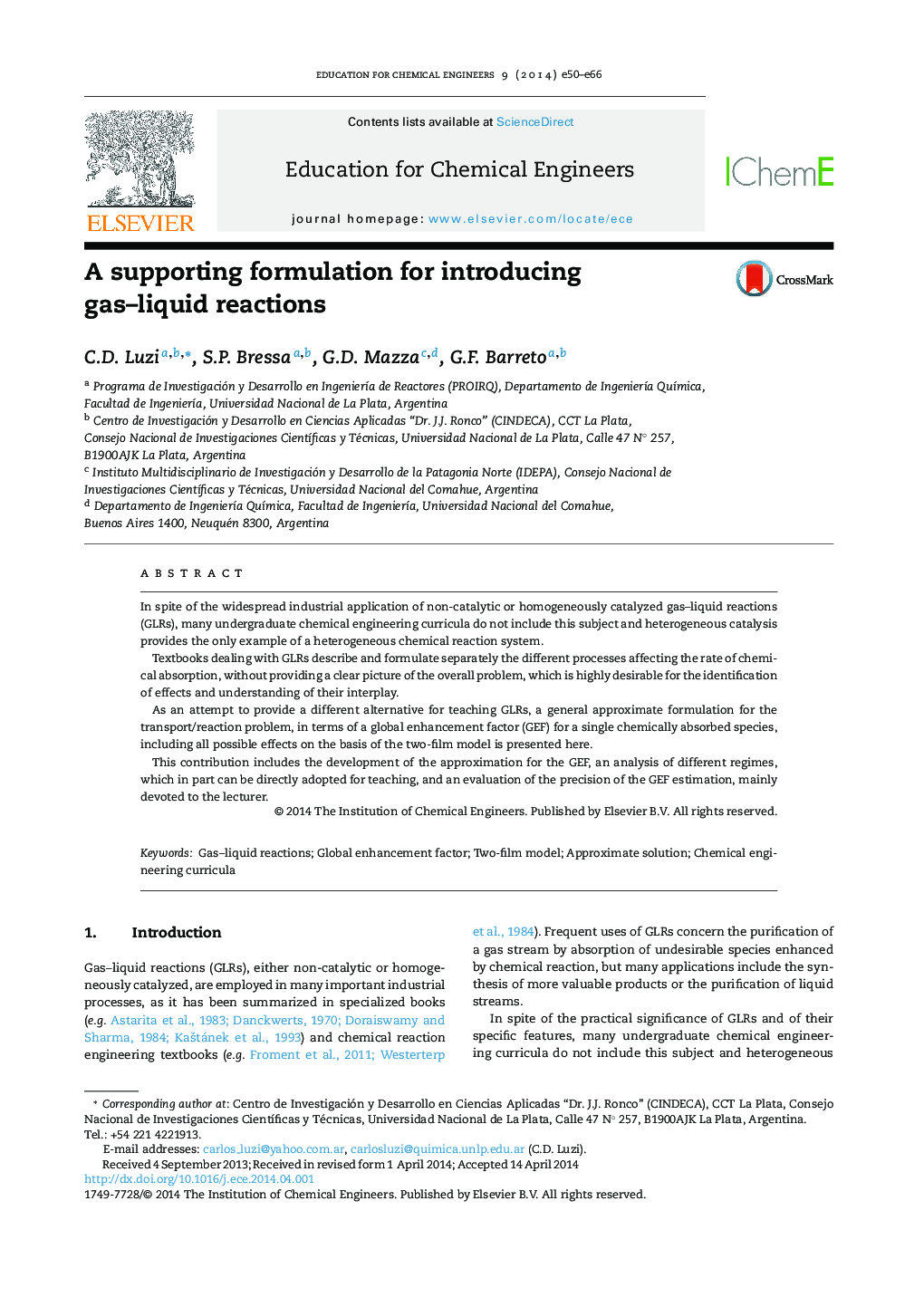 • An approximated solution includes all basic mechanisms for the enhancement factor.
• The proposed general formulation should be useful in teaching gas–liquid reactions.
• Different regimes can be described within the frame of the proposed formulation.
• Mass transfer rates are precisely evaluated, in spite of simplifications made.

In spite of the widespread industrial application of non-catalytic or homogeneously catalyzed gas–liquid reactions (GLRs), many undergraduate chemical engineering curricula do not include this subject and heterogeneous catalysis provides the only example of a heterogeneous chemical reaction system.Textbooks dealing with GLRs describe and formulate separately the different processes affecting the rate of chemical absorption, without providing a clear picture of the overall problem, which is highly desirable for the identification of effects and understanding of their interplay.As an attempt to provide a different alternative for teaching GLRs, a general approximate formulation for the transport/reaction problem, in terms of a global enhancement factor (GEF) for a single chemically absorbed species, including all possible effects on the basis of the two-film model is presented here.This contribution includes the development of the approximation for the GEF, an analysis of different regimes, which in part can be directly adopted for teaching, and an evaluation of the precision of the GEF estimation, mainly devoted to the lecturer.