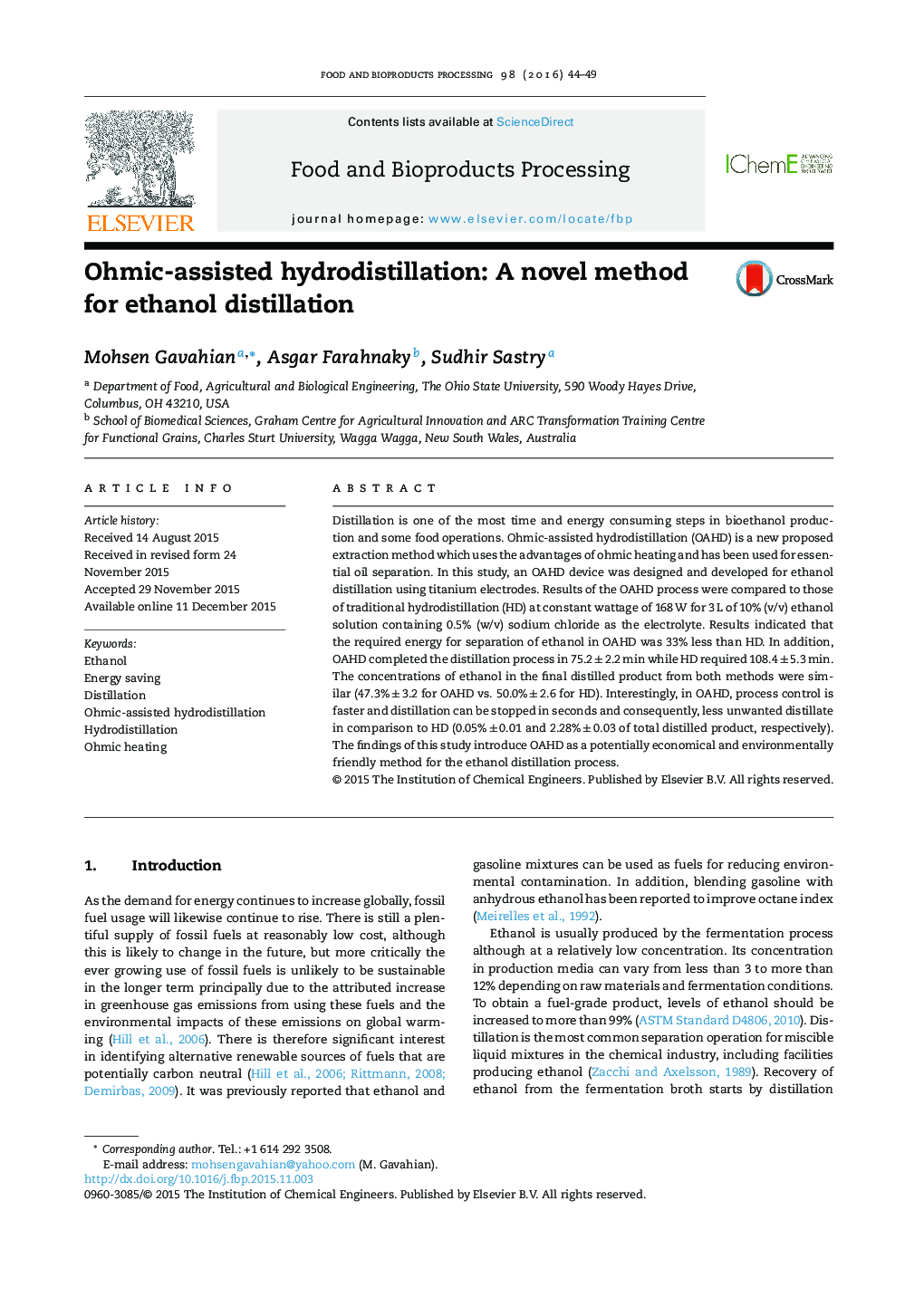 Distillation is one of the most time and energy consuming steps in bioethanol production and some food operations. Ohmic-assisted hydrodistillation (OAHD) is a new proposed extraction method which uses the advantages of ohmic heating and has been used for essential oil separation. In this study, an OAHD device was designed and developed for ethanol distillation using titanium electrodes. Results of the OAHD process were compared to those of traditional hydrodistillation (HD) at constant wattage of 168 W for 3 L of 10% (v/v) ethanol solution containing 0.5% (w/v) sodium chloride as the electrolyte. Results indicated that the required energy for separation of ethanol in OAHD was 33% less than HD. In addition, OAHD completed the distillation process in 75.2 ± 2.2 min while HD required 108.4 ± 5.3 min. The concentrations of ethanol in the final distilled product from both methods were similar (47.3% ± 3.2 for OAHD vs. 50.0% ± 2.6 for HD). Interestingly, in OAHD, process control is faster and distillation can be stopped in seconds and consequently, less unwanted distillate in comparison to HD (0.05% ± 0.01 and 2.28% ± 0.03 of total distilled product, respectively). The findings of this study introduce OAHD as a potentially economical and environmentally friendly method for the ethanol distillation process.