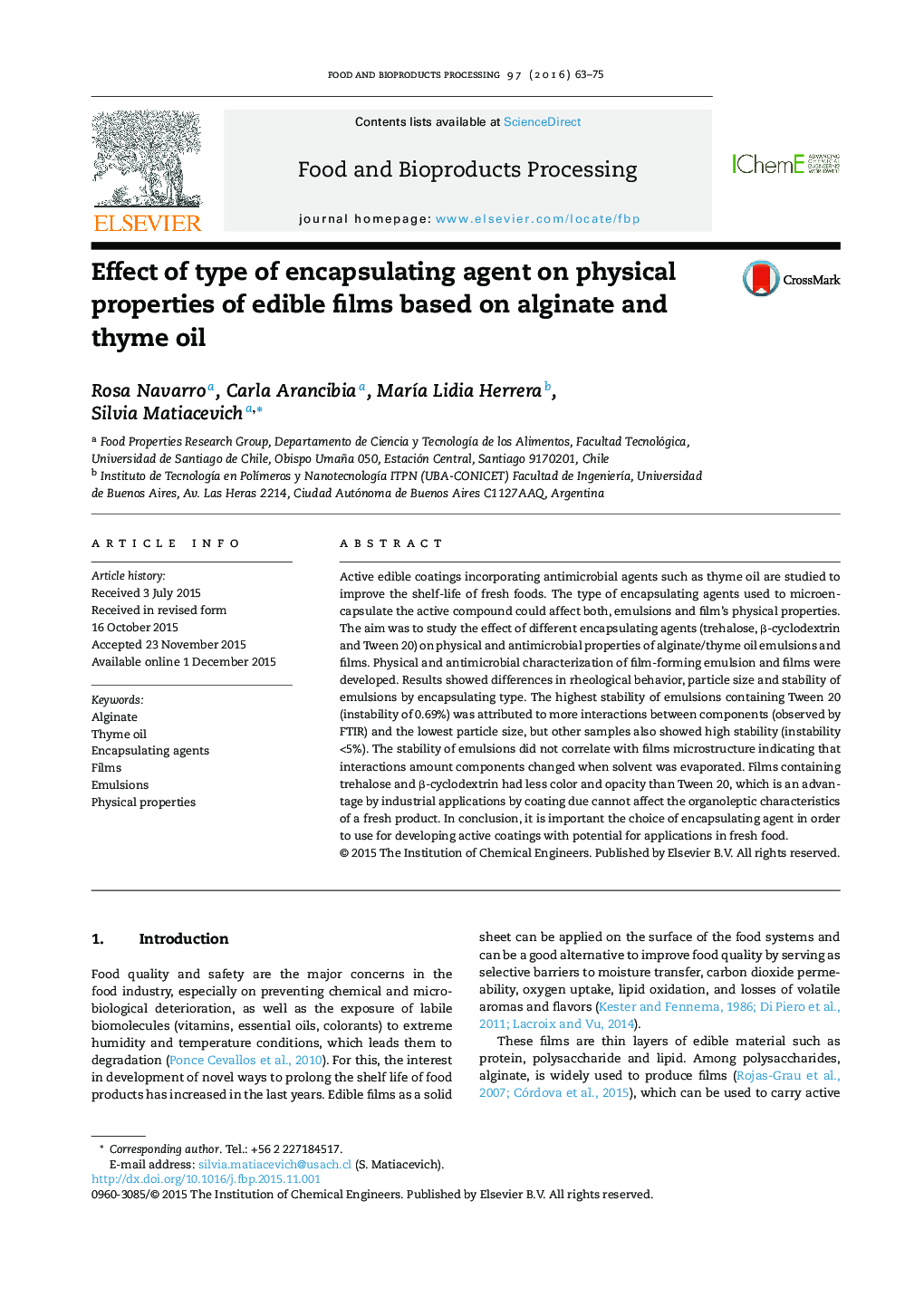 • Trehalose, β-cyclodextrin and Tween 20 allow obtaining emulsion forming films.
• Tween 20 film has the highest opacity which can affect the organoleptic characteristics of a product.
• β-Cyclodextrin films have crystals that may change its properties with time.

Active edible coatings incorporating antimicrobial agents such as thyme oil are studied to improve the shelf-life of fresh foods. The type of encapsulating agents used to microencapsulate the active compound could affect both, emulsions and film's physical properties. The aim was to study the effect of different encapsulating agents (trehalose, β-cyclodextrin and Tween 20) on physical and antimicrobial properties of alginate/thyme oil emulsions and films. Physical and antimicrobial characterization of film-forming emulsion and films were developed. Results showed differences in rheological behavior, particle size and stability of emulsions by encapsulating type. The highest stability of emulsions containing Tween 20 (instability of 0.69%) was attributed to more interactions between components (observed by FTIR) and the lowest particle size, but other samples also showed high stability (instability <5%). The stability of emulsions did not correlate with films microstructure indicating that interactions amount components changed when solvent was evaporated. Films containing trehalose and β-cyclodextrin had less color and opacity than Tween 20, which is an advantage by industrial applications by coating due cannot affect the organoleptic characteristics of a fresh product. In conclusion, it is important the choice of encapsulating agent in order to use for developing active coatings with potential for applications in fresh food.