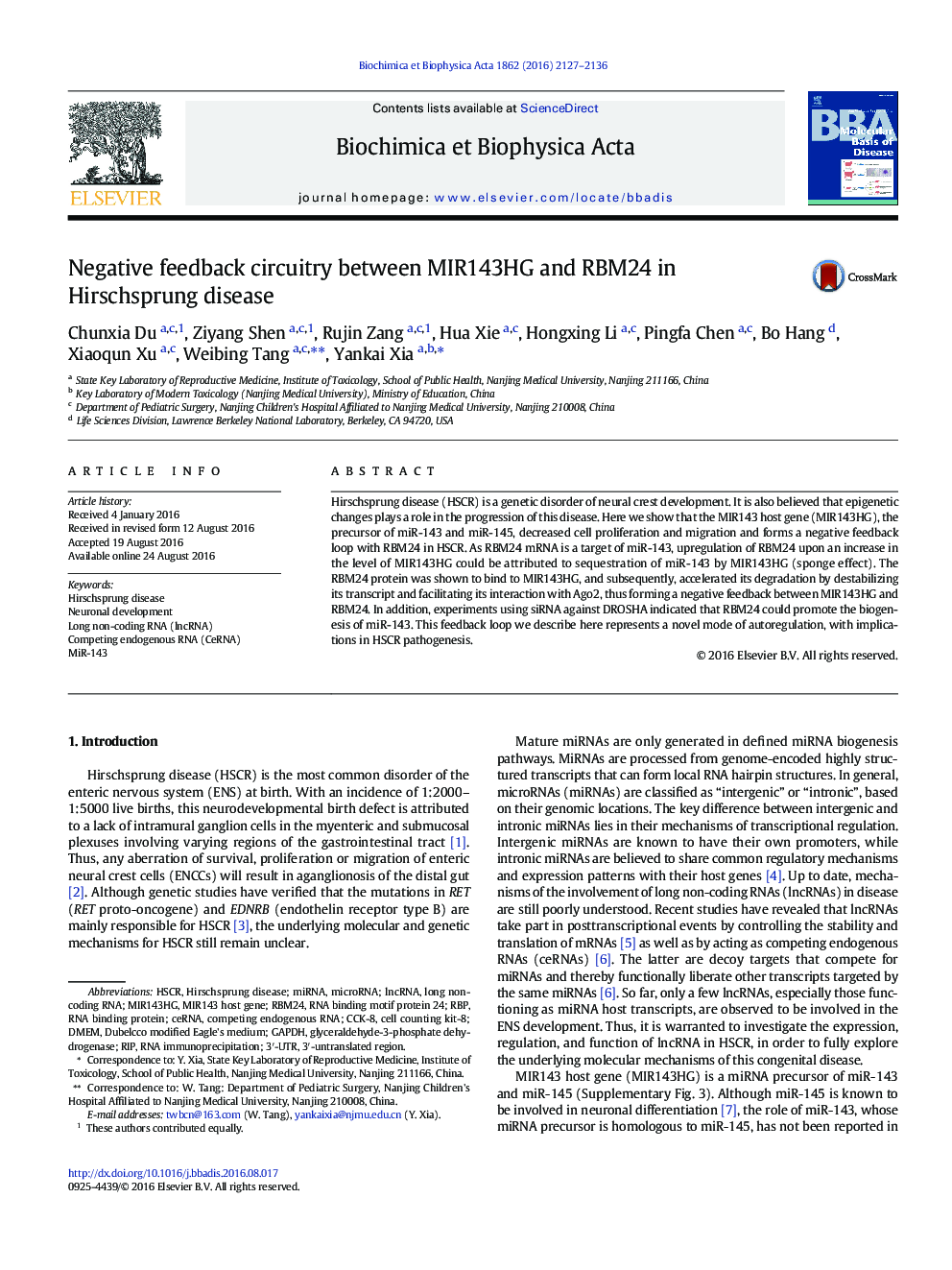 • MIR143HG regulates RBM24 expression by sponging miR-143 in Hirschsprung disease (HSCR).
• The protein RBM24 binds with the transcript of MIR143HG directly and decreases the stability of MIR143HG.
• The negative feedback between MIR143HG and RBM24 elucidates an autoregulatory mechanism with implications in HSCR pathogenesis.

Hirschsprung disease (HSCR) is a genetic disorder of neural crest development. It is also believed that epigenetic changes plays a role in the progression of this disease. Here we show that the MIR143 host gene (MIR143HG), the precursor of miR-143 and miR-145, decreased cell proliferation and migration and forms a negative feedback loop with RBM24 in HSCR. As RBM24 mRNA is a target of miR-143, upregulation of RBM24 upon an increase in the level of MIR143HG could be attributed to sequestration of miR-143 by MIR143HG (sponge effect). The RBM24 protein was shown to bind to MIR143HG, and subsequently, accelerated its degradation by destabilizing its transcript and facilitating its interaction with Ago2, thus forming a negative feedback between MIR143HG and RBM24. In addition, experiments using siRNA against DROSHA indicated that RBM24 could promote the biogenesis of miR-143. This feedback loop we describe here represents a novel mode of autoregulation, with implications in HSCR pathogenesis.