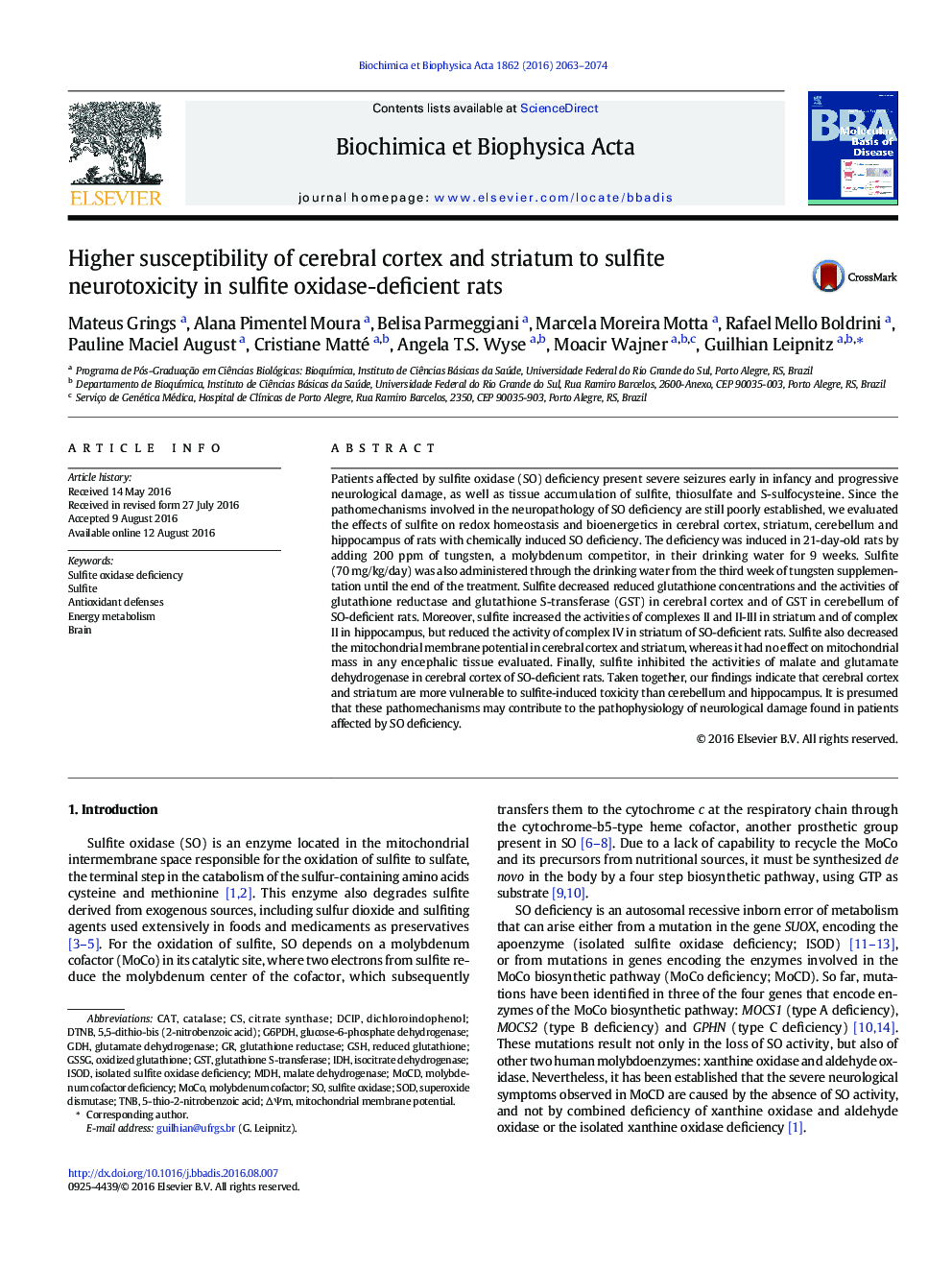 Patients affected by sulfite oxidase (SO) deficiency present severe seizures early in infancy and progressive neurological damage, as well as tissue accumulation of sulfite, thiosulfate and S-sulfocysteine. Since the pathomechanisms involved in the neuropathology of SO deficiency are still poorly established, we evaluated the effects of sulfite on redox homeostasis and bioenergetics in cerebral cortex, striatum, cerebellum and hippocampus of rats with chemically induced SO deficiency. The deficiency was induced in 21-day-old rats by adding 200 ppm of tungsten, a molybdenum competitor, in their drinking water for 9 weeks. Sulfite (70 mg/kg/day) was also administered through the drinking water from the third week of tungsten supplementation until the end of the treatment. Sulfite decreased reduced glutathione concentrations and the activities of glutathione reductase and glutathione S-transferase (GST) in cerebral cortex and of GST in cerebellum of SO-deficient rats. Moreover, sulfite increased the activities of complexes II and II-III in striatum and of complex II in hippocampus, but reduced the activity of complex IV in striatum of SO-deficient rats. Sulfite also decreased the mitochondrial membrane potential in cerebral cortex and striatum, whereas it had no effect on mitochondrial mass in any encephalic tissue evaluated. Finally, sulfite inhibited the activities of malate and glutamate dehydrogenase in cerebral cortex of SO-deficient rats. Taken together, our findings indicate that cerebral cortex and striatum are more vulnerable to sulfite-induced toxicity than cerebellum and hippocampus. It is presumed that these pathomechanisms may contribute to the pathophysiology of neurological damage found in patients affected by SO deficiency.