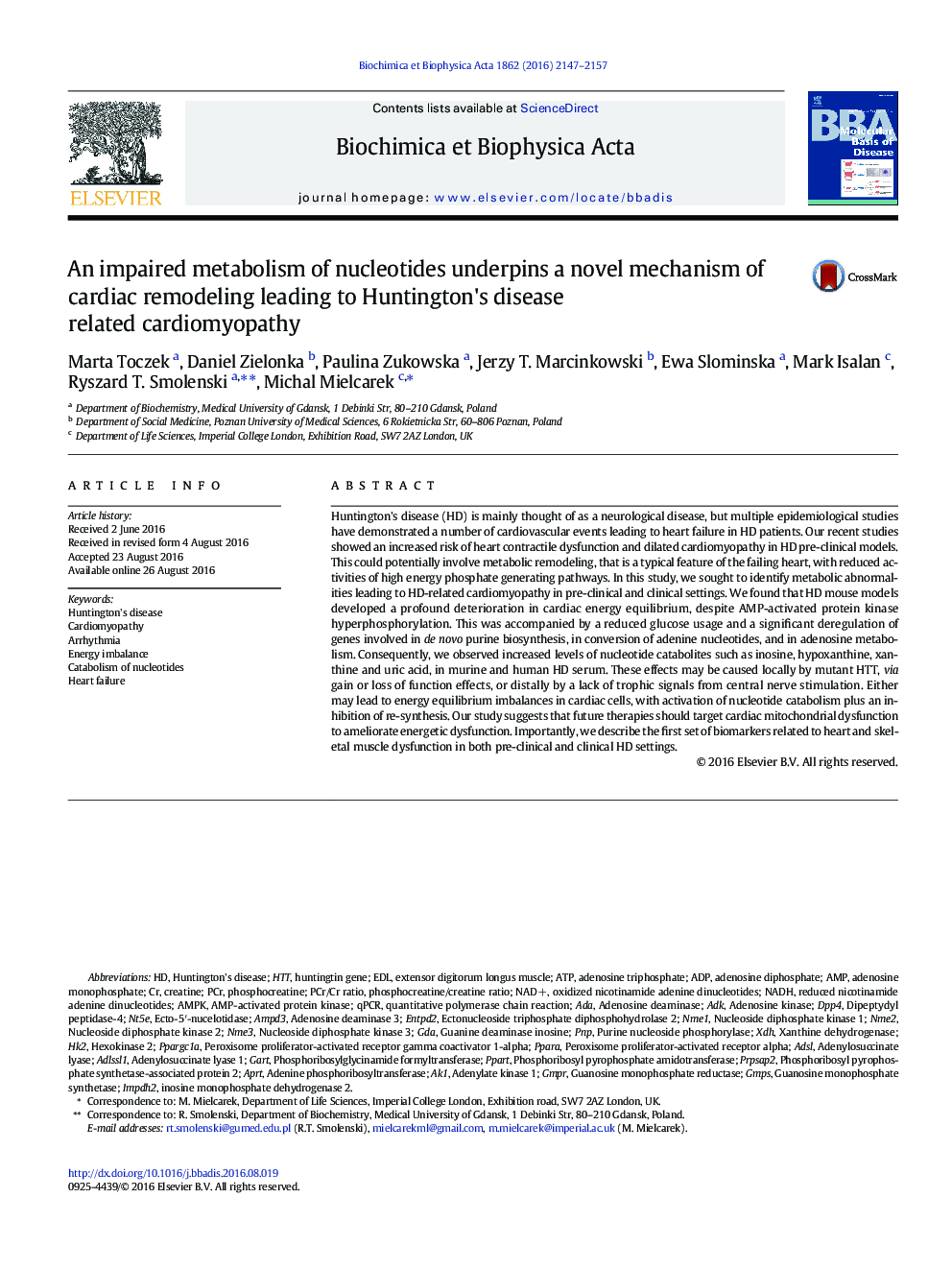 Huntington's disease (HD) is mainly thought of as a neurological disease, but multiple epidemiological studies have demonstrated a number of cardiovascular events leading to heart failure in HD patients. Our recent studies showed an increased risk of heart contractile dysfunction and dilated cardiomyopathy in HD pre-clinical models. This could potentially involve metabolic remodeling, that is a typical feature of the failing heart, with reduced activities of high energy phosphate generating pathways. In this study, we sought to identify metabolic abnormalities leading to HD-related cardiomyopathy in pre-clinical and clinical settings. We found that HD mouse models developed a profound deterioration in cardiac energy equilibrium, despite AMP-activated protein kinase hyperphosphorylation. This was accompanied by a reduced glucose usage and a significant deregulation of genes involved in de novo purine biosynthesis, in conversion of adenine nucleotides, and in adenosine metabolism. Consequently, we observed increased levels of nucleotide catabolites such as inosine, hypoxanthine, xanthine and uric acid, in murine and human HD serum. These effects may be caused locally by mutant HTT, via gain or loss of function effects, or distally by a lack of trophic signals from central nerve stimulation. Either may lead to energy equilibrium imbalances in cardiac cells, with activation of nucleotide catabolism plus an inhibition of re-synthesis. Our study suggests that future therapies should target cardiac mitochondrial dysfunction to ameliorate energetic dysfunction. Importantly, we describe the first set of biomarkers related to heart and skeletal muscle dysfunction in both pre-clinical and clinical HD settings.