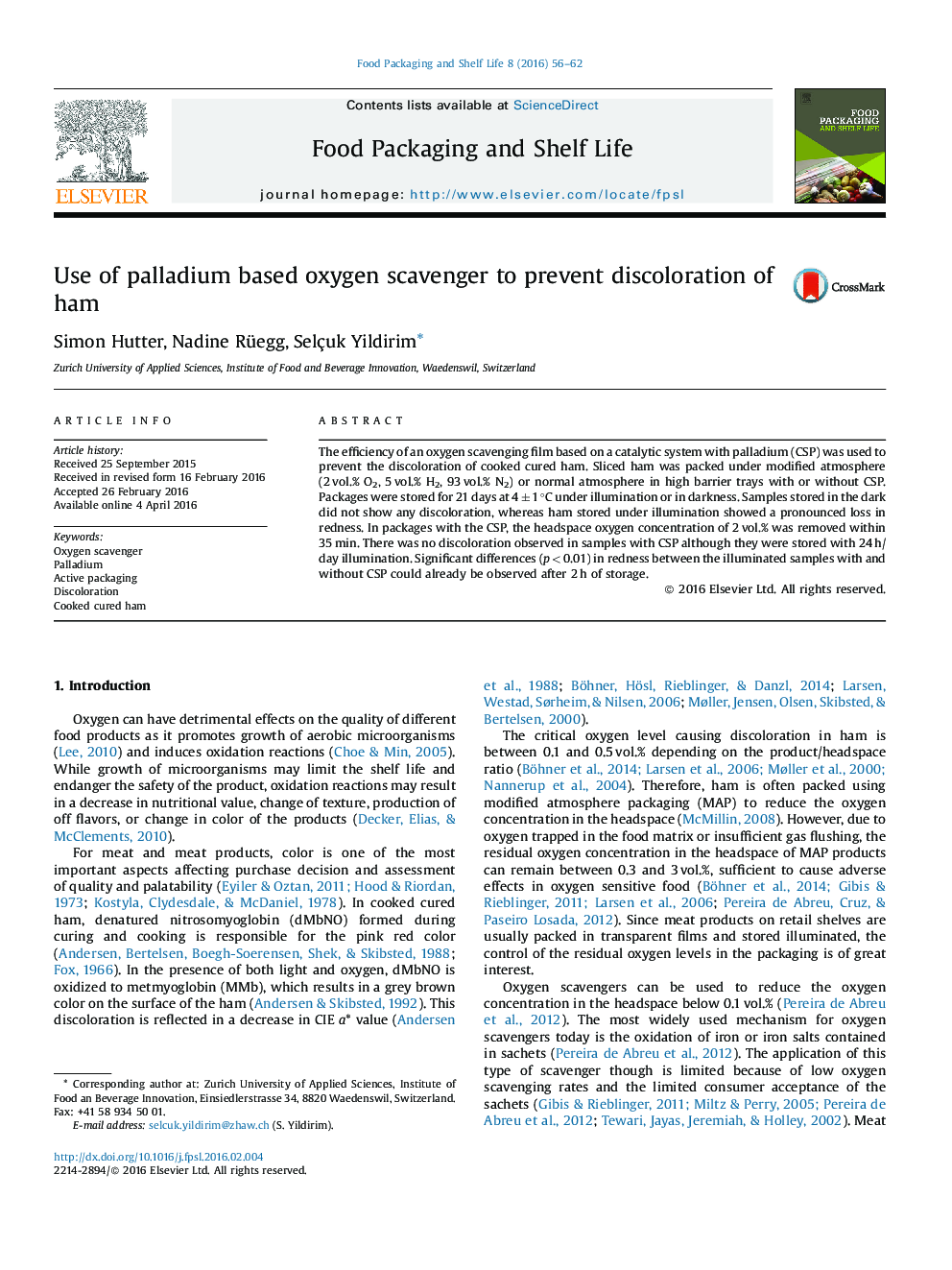 The efficiency of an oxygen scavenging film based on a catalytic system with palladium (CSP) was used to prevent the discoloration of cooked cured ham. Sliced ham was packed under modified atmosphere (2 vol.% O2, 5 vol.% H2, 93 vol.% N2) or normal atmosphere in high barrier trays with or without CSP. Packages were stored for 21 days at 4 ± 1 °C under illumination or in darkness. Samples stored in the dark did not show any discoloration, whereas ham stored under illumination showed a pronounced loss in redness. In packages with the CSP, the headspace oxygen concentration of 2 vol.% was removed within 35 min. There was no discoloration observed in samples with CSP although they were stored with 24 h/day illumination. Significant differences (p < 0.01) in redness between the illuminated samples with and without CSP could already be observed after 2 h of storage.