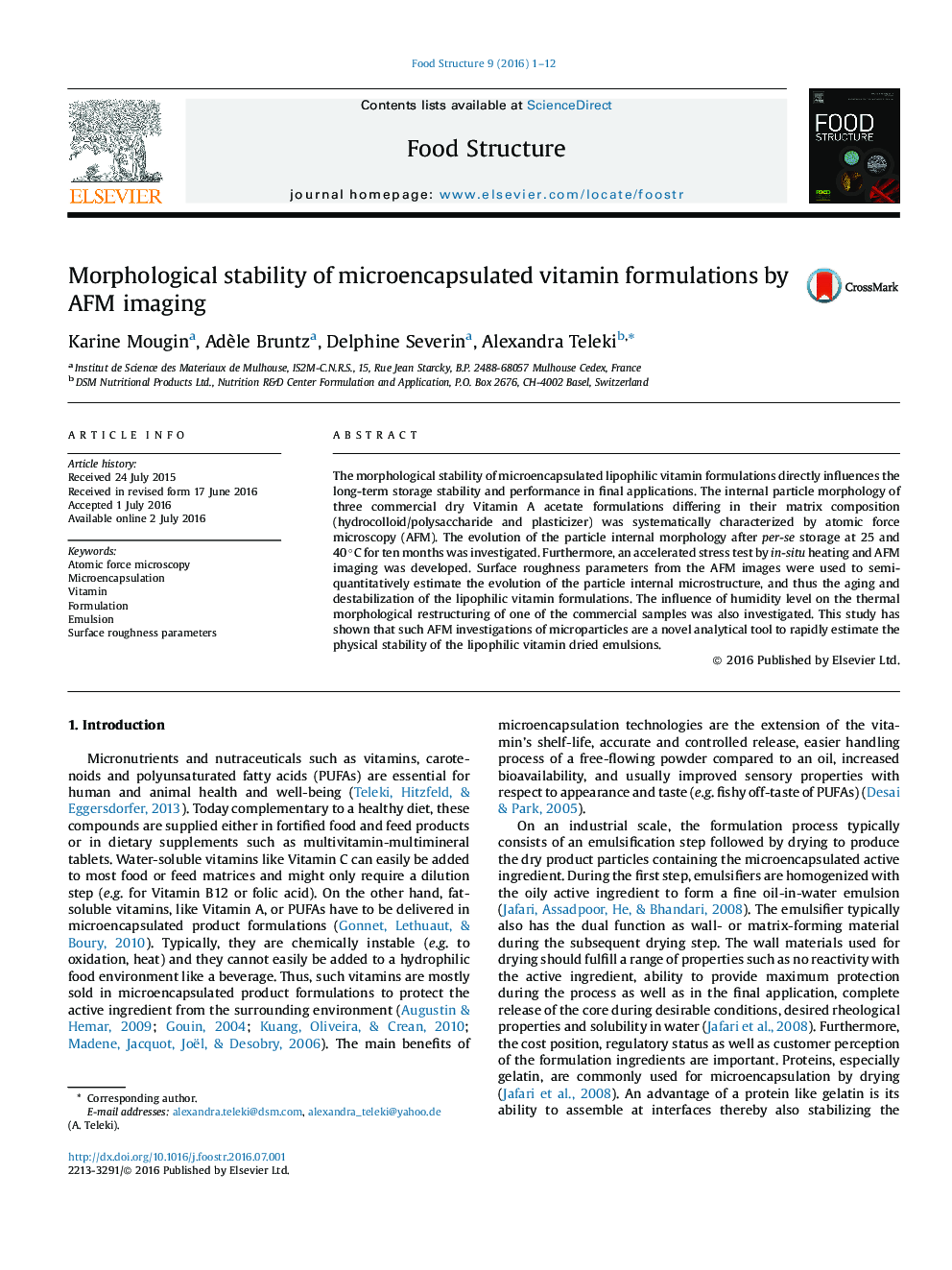 The morphological stability of microencapsulated lipophilic vitamin formulations directly influences the long-term storage stability and performance in final applications. The internal particle morphology of three commercial dry Vitamin A acetate formulations differing in their matrix composition (hydrocolloid/polysaccharide and plasticizer) was systematically characterized by atomic force microscopy (AFM). The evolution of the particle internal morphology after per-se storage at 25 and 40 °C for ten months was investigated. Furthermore, an accelerated stress test by in-situ heating and AFM imaging was developed. Surface roughness parameters from the AFM images were used to semi-quantitatively estimate the evolution of the particle internal microstructure, and thus the aging and destabilization of the lipophilic vitamin formulations. The influence of humidity level on the thermal morphological restructuring of one of the commercial samples was also investigated. This study has shown that such AFM investigations of microparticles are a novel analytical tool to rapidly estimate the physical stability of the lipophilic vitamin dried emulsions.