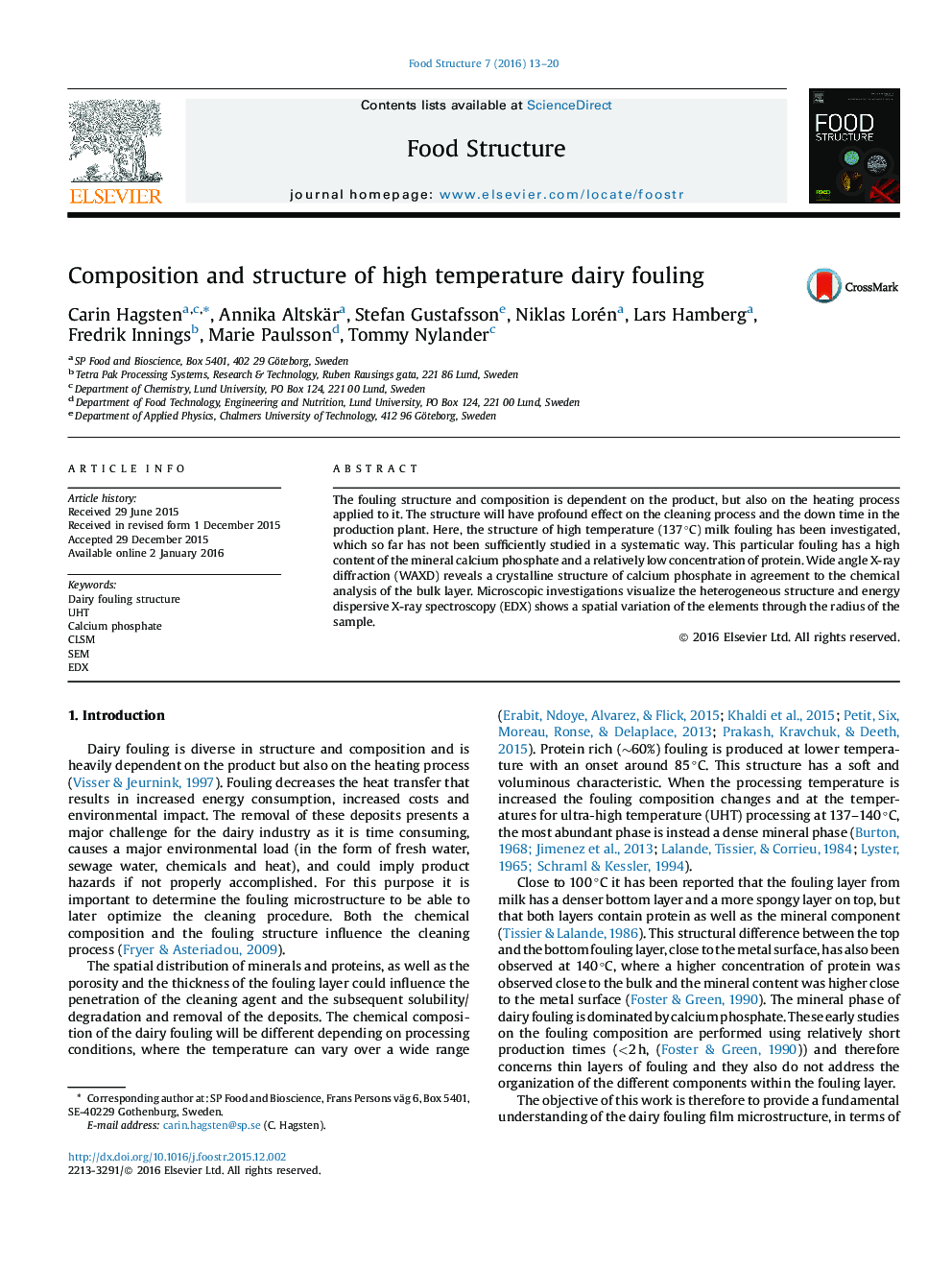 The fouling structure and composition is dependent on the product, but also on the heating process applied to it. The structure will have profound effect on the cleaning process and the down time in the production plant. Here, the structure of high temperature (137 °C) milk fouling has been investigated, which so far has not been sufficiently studied in a systematic way. This particular fouling has a high content of the mineral calcium phosphate and a relatively low concentration of protein. Wide angle X-ray diffraction (WAXD) reveals a crystalline structure of calcium phosphate in agreement to the chemical analysis of the bulk layer. Microscopic investigations visualize the heterogeneous structure and energy dispersive X-ray spectroscopy (EDX) shows a spatial variation of the elements through the radius of the sample.