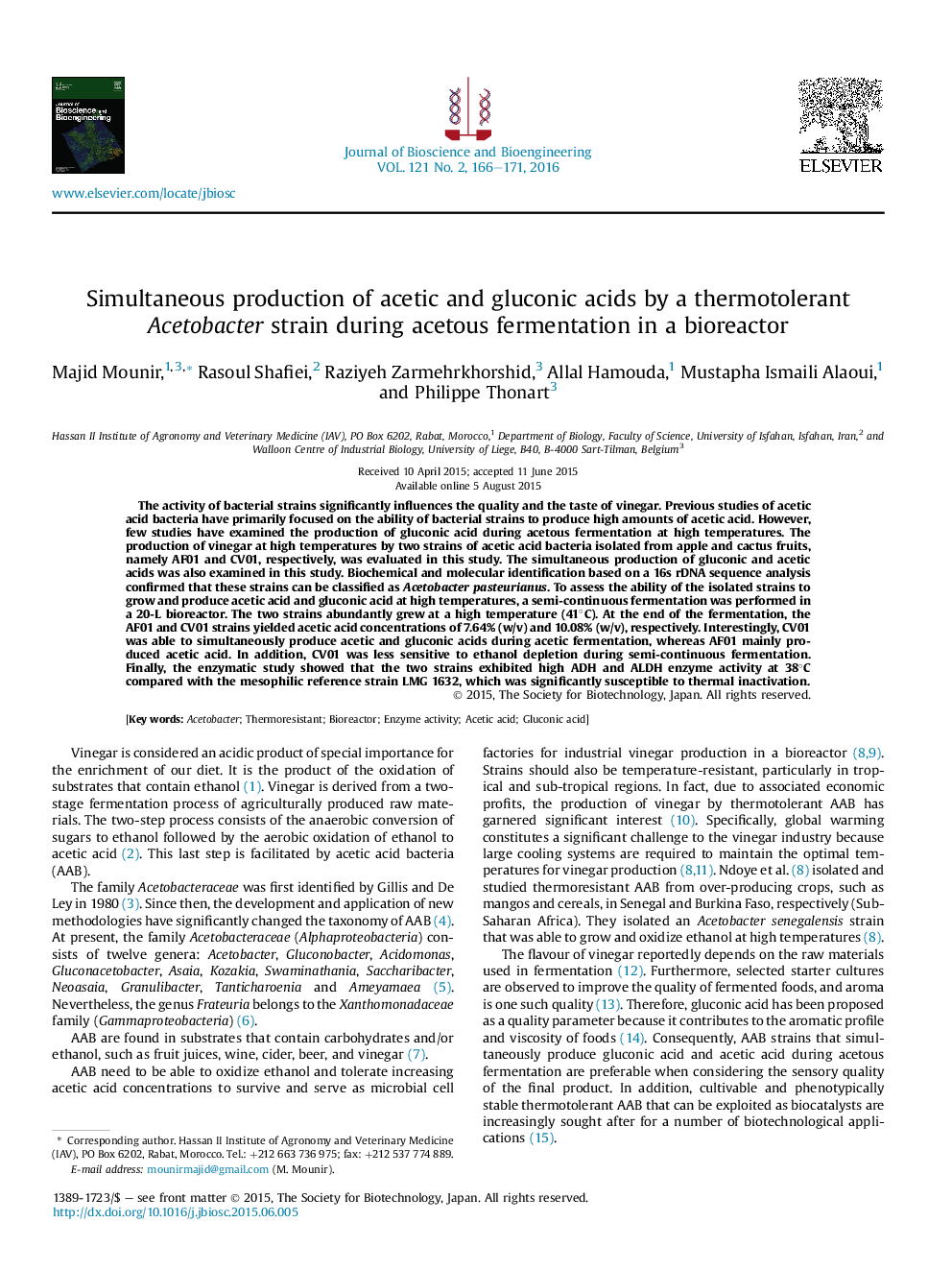 The activity of bacterial strains significantly influences the quality and the taste of vinegar. Previous studies of acetic acid bacteria have primarily focused on the ability of bacterial strains to produce high amounts of acetic acid. However, few studies have examined the production of gluconic acid during acetous fermentation at high temperatures. The production of vinegar at high temperatures by two strains of acetic acid bacteria isolated from apple and cactus fruits, namely AF01 and CV01, respectively, was evaluated in this study. The simultaneous production of gluconic and acetic acids was also examined in this study. Biochemical and molecular identification based on a 16s rDNA sequence analysis confirmed that these strains can be classified as Acetobacter pasteurianus. To assess the ability of the isolated strains to grow and produce acetic acid and gluconic acid at high temperatures, a semi-continuous fermentation was performed in a 20-L bioreactor. The two strains abundantly grew at a high temperature (41°C). At the end of the fermentation, the AF01 and CV01 strains yielded acetic acid concentrations of 7.64% (w/v) and 10.08% (w/v), respectively. Interestingly, CV01 was able to simultaneously produce acetic and gluconic acids during acetic fermentation, whereas AF01 mainly produced acetic acid. In addition, CV01 was less sensitive to ethanol depletion during semi-continuous fermentation. Finally, the enzymatic study showed that the two strains exhibited high ADH and ALDH enzyme activity at 38°C compared with the mesophilic reference strain LMG 1632, which was significantly susceptible to thermal inactivation.