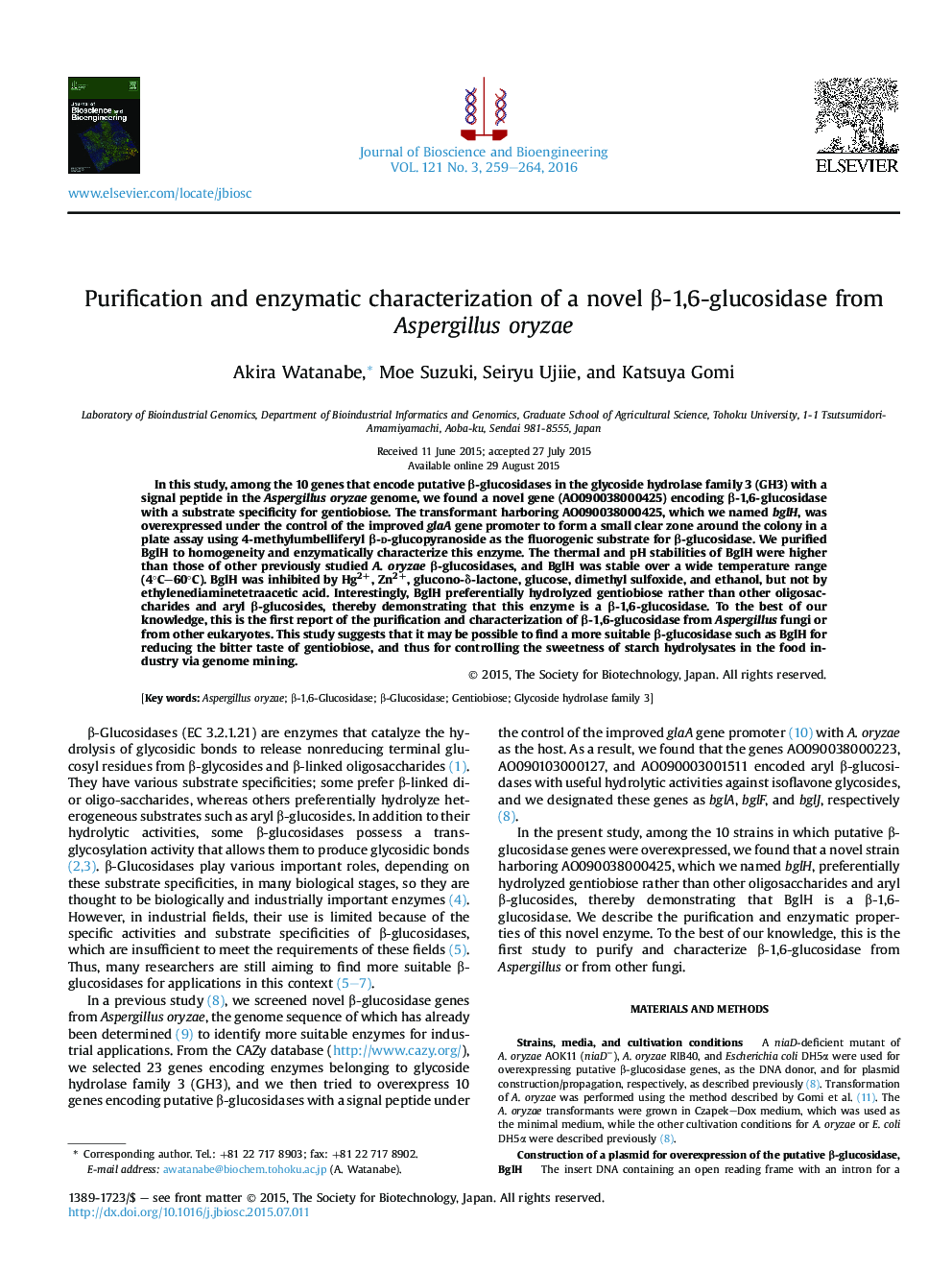 In this study, among the 10 genes that encode putative β-glucosidases in the glycoside hydrolase family 3 (GH3) with a signal peptide in the Aspergillus oryzae genome, we found a novel gene (AO090038000425) encoding β-1,6-glucosidase with a substrate specificity for gentiobiose. The transformant harboring AO090038000425, which we named bglH, was overexpressed under the control of the improved glaA gene promoter to form a small clear zone around the colony in a plate assay using 4-methylumbelliferyl β-d-glucopyranoside as the fluorogenic substrate for β-glucosidase. We purified BglH to homogeneity and enzymatically characterize this enzyme. The thermal and pH stabilities of BglH were higher than those of other previously studied A. oryzae β-glucosidases, and BglH was stable over a wide temperature range (4°C–60°C). BglH was inhibited by Hg2+, Zn2+, glucono-δ-lactone, glucose, dimethyl sulfoxide, and ethanol, but not by ethylenediaminetetraacetic acid. Interestingly, BglH preferentially hydrolyzed gentiobiose rather than other oligosaccharides and aryl β-glucosides, thereby demonstrating that this enzyme is a β-1,6-glucosidase. To the best of our knowledge, this is the first report of the purification and characterization of β-1,6-glucosidase from Aspergillus fungi or from other eukaryotes. This study suggests that it may be possible to find a more suitable β-glucosidase such as BglH for reducing the bitter taste of gentiobiose, and thus for controlling the sweetness of starch hydrolysates in the food industry via genome mining.