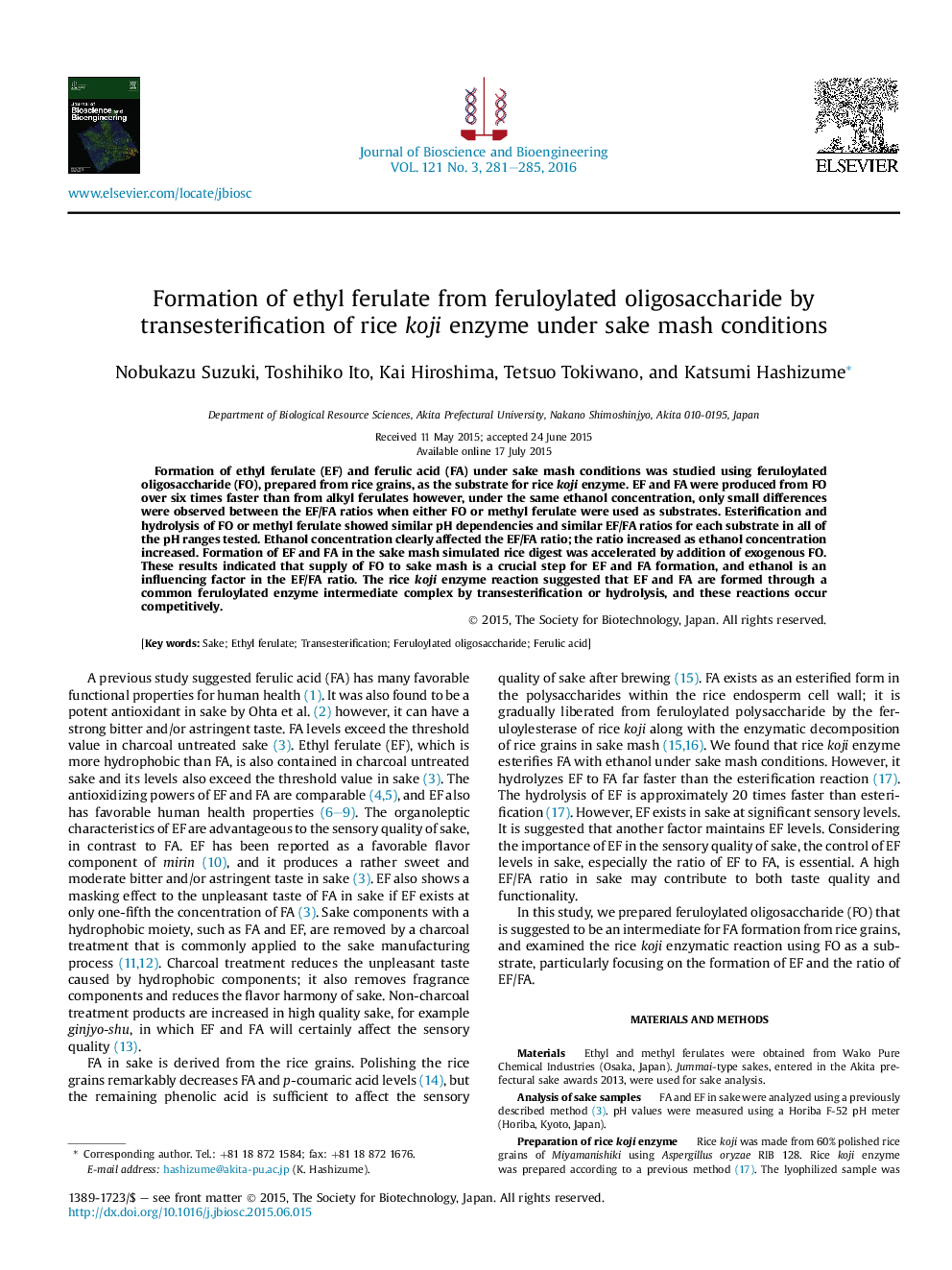 Formation of ethyl ferulate (EF) and ferulic acid (FA) under sake mash conditions was studied using feruloylated oligosaccharide (FO), prepared from rice grains, as the substrate for rice koji enzyme. EF and FA were produced from FO over six times faster than from alkyl ferulates however, under the same ethanol concentration, only small differences were observed between the EF/FA ratios when either FO or methyl ferulate were used as substrates. Esterification and hydrolysis of FO or methyl ferulate showed similar pH dependencies and similar EF/FA ratios for each substrate in all of the pH ranges tested. Ethanol concentration clearly affected the EF/FA ratio; the ratio increased as ethanol concentration increased. Formation of EF and FA in the sake mash simulated rice digest was accelerated by addition of exogenous FO. These results indicated that supply of FO to sake mash is a crucial step for EF and FA formation, and ethanol is an influencing factor in the EF/FA ratio. The rice koji enzyme reaction suggested that EF and FA are formed through a common feruloylated enzyme intermediate complex by transesterification or hydrolysis, and these reactions occur competitively.