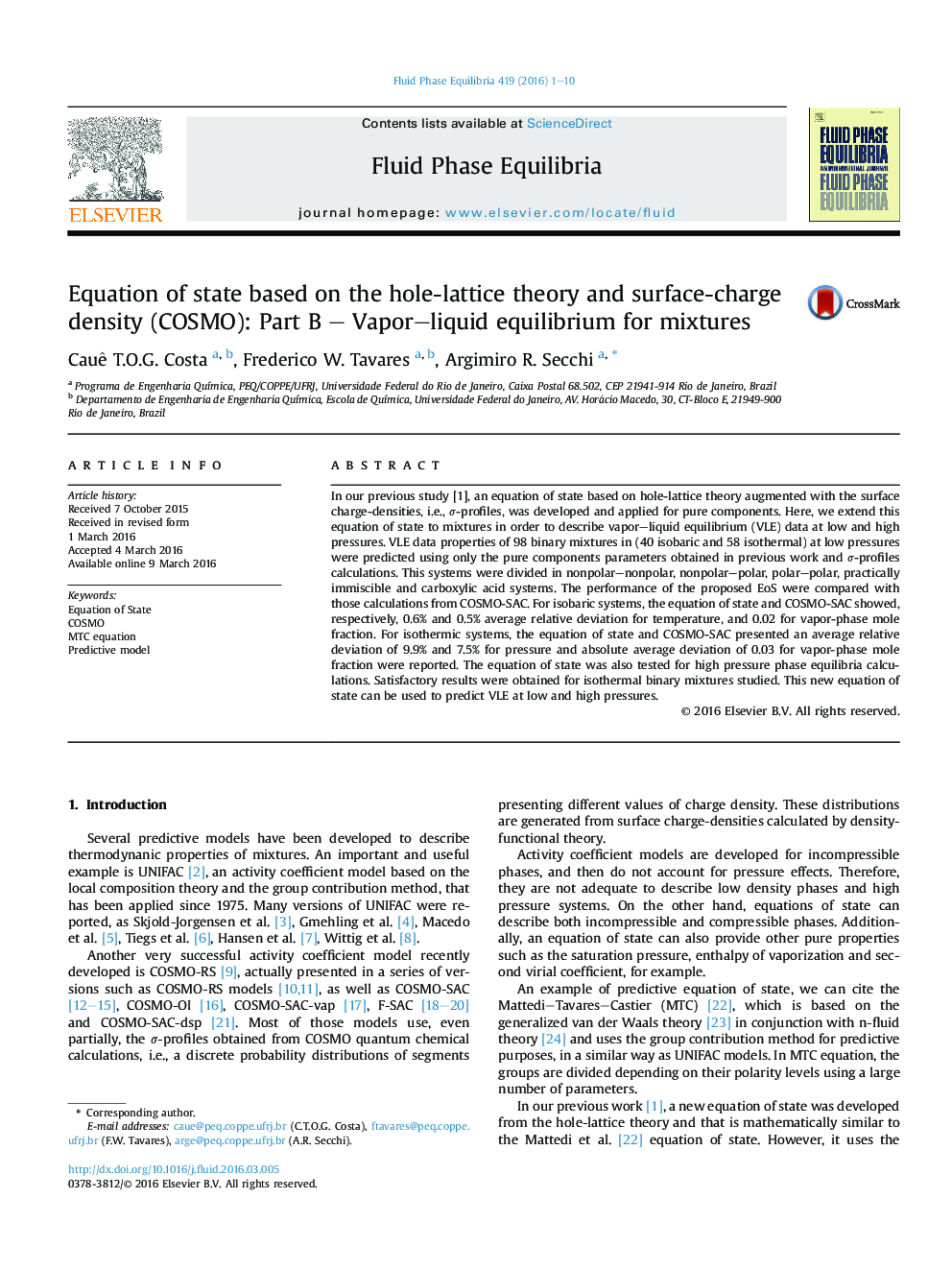 In our previous study [1], an equation of state based on hole-lattice theory augmented with the surface charge-densities, i.e., σ-profiles, was developed and applied for pure components. Here, we extend this equation of state to mixtures in order to describe vapor–liquid equilibrium (VLE) data at low and high pressures. VLE data properties of 98 binary mixtures in (40 isobaric and 58 isothermal) at low pressures were predicted using only the pure components parameters obtained in previous work and σ-profiles calculations. This systems were divided in nonpolar–nonpolar, nonpolar–polar, polar–polar, practically immiscible and carboxylic acid systems. The performance of the proposed EoS were compared with those calculations from COSMO-SAC. For isobaric systems, the equation of state and COSMO-SAC showed, respectively, 0.6% and 0.5% average relative deviation for temperature, and 0.02 for vapor-phase mole fraction. For isothermic systems, the equation of state and COSMO-SAC presented an average relative deviation of 9.9% and 7.5% for pressure and absolute average deviation of 0.03 for vapor-phase mole fraction were reported. The equation of state was also tested for high pressure phase equilibria calculations. Satisfactory results were obtained for isothermal binary mixtures studied. This new equation of state can be used to predict VLE at low and high pressures.